by Abhinav Kumar
in Culture
0

The turban has been an integral part of the multi-faceted indigenous culture and clothing customs of India. The history of the turban is not only centuries-old but also dates back thousands of years. It is known by numerous names such as Kapalika, Shirastran, Shiravashtra, Shirovesh, Pagg, or Saafa. Even today, myriad kinds of turbans can be seen adorning a North Indian clothing attire. Whether it be Rajasthan, Punjab, Uttar Pradesh or Bihar—each state has a distinctive Turban. The practice of wearing the headgear lends beauty and aesthetics to the Indian clothing culture.

Dr Gautam Chatterjee has stated in his research that the first reference to turban or headdress is found in prehistoric rock paintings which were made by hunter humans about ten to thirty thousand years ago. Rock art sites in Kumaon, Bhimbetka or Kerala have records of paintings mainly depicting hunting and dancing, in which the headdress appears to be a significant part of the ensemble. Thus it can be ascertained that the practice of wearing a Pagdi in India had already begun several thousand years, much before Europe.

It is also mentioned in the Vedas of India. There is a reference to Pagdi during a Yagya in the Rig Veda. Similarly, many references to turban have been found in Mohenjodaro and Harappa. Historically, the pagdi is known as Shirostran.

Dr Govind Sadashiv Ghurye in his book ‘Indian Costume’ has stated that the sculptures found in central India provide detailed visual evidence of the use of the turbans. Archaeological evidence from Bharhut, Bhaja, Bodh Gaya, Sanchi, Mathura and Mahabalipuram suggests that shirostrans or turbans were common for men and women.

The early headdress used to be large and the turban was draped over the head with a loosely embroidered end. The said ‘Shirostran’ was originally worn by the royals and saints. Not only this, it was worn to show the prosperity and grandeur of power. 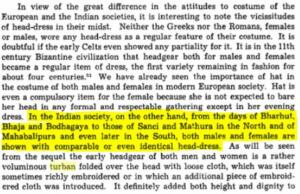 Although turbans were mainly worn by men, literary evidence shows that they were worn by women on several occasions as well. Dr Ghurye has remarked that Lord Indra’s wife Indrani used to wear a turban known as ‘Usnisa’.

Ancient Sanskrit literature is replete with references to the turban and was commonly called Usnisa, Kirita, Patta, Vestana, Vestanpatta, Shirostrana etc. These turbans were usually white in colour and embellished according to the requirements of the wearer.

CR Devodhara, while analysing the role of language in ancient Sanskrit plays, had made a commentary on the subject of Shirastran. He wrote in 1937 that the king of Ujjain and his soldiers wore a white turban called ‘Pandurbadhapatta’. The headdress was also called ‘Kirita’ in the works of Banabhatta — a famous 7th century Sanskrit Poet and writer. The Maitrayani Samhita states that the Ushnisha was a type of crown worn by the king, especially during the Rajasuya and VaajpegaYagyas.

RN Salatore in his famous Encyclopedia of Indian Culture has detailed that King Ushnisha used to wear it every day. Referring to Kautilya’s Arthashastra, he has also remarked that the turban was of importance even during the Maurya Empire. In the Gupta period, there are references to the royal family and high officials such as ministers, military officers and civil officials wearing turbans.

Coins from the Gupta period depicted the Kushan king’s helmet as head-gear, indicating the then military attire. During the 6th and 7th centuries, the Pallava kings wore a conical or pointed type of turban, also worn by the nobility of the Vijayanagara dynasty and later adopted by the Tamil elite. It was known as the ‘Kulai’ turban which was similar to the turban prevalent in North India. This shows that cultural communication between the North and the South was common during this period.

The Ajanta cave paintings also throw light on the contemporary turbans which were smaller in size. It is said that this type of cap was popularized by the elite class of that period.

The Islamic era brought many changes in the turban in India by designing it according to the Persian culture. According to Jamila Brij Bhushan, ‘the hats worn in the Muslim period were of many shapes’. Akbar gave utmost importance to the turban. It is said that he changed his turban style from Mughlai to Hindustani. Later Aurangzeb (17th century) tried to suppress the practice of wearing the turban by the non-Muslim population. 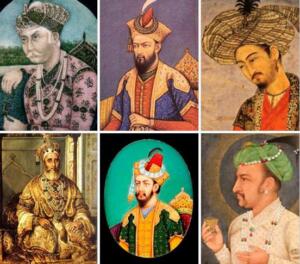 Guru Gobind Singh ji gave a new definition to the turban. It was he who promoted the visionary concept of the ‘Khalsa’, who went on to fight against the Muslim barbarians to restore the lost glory. Even during that time, the turban was a symbol of pride and valour on the battlefield. Nobel laureate Rabindra Nath Tagore wrote about the Sikh Guru sacrificing his head rather than being allowed to cut his hair.

Dr Chatterjee explains that during the 17th century, Rajasthan became a state popular for having ‘colourful turbans’. The middle-class Rajasthan cotton turbans were called ‘chira’ and ‘fenta’ were worn in and around Jaipur. Some turbans were even 25 meters long and 20 centimetres wide.

Some of the famous styles of the Rajasthan turban are the ‘Jaipur turban’ and the ‘GajShahi turban’. The latter and its fabric is dyed in five distinctive colours and was developed by Maharaja Gaj Singh II of the Jodhpur royal family.

However, the turban has acquired a more contemporary look in the twenty-first century. Although it exists in its more traditional form in different parts of the world, various fashion designers have adapted the turban to make it look more fashionable, making it a popular fashion accessory.

The turban is not just a simple head covering, but it also has had a socio-religious significance. Every shape or colour of a turban has a hidden meaning which reflects the wearer’s origin, dialect, religion, caste as well as profession.

It serves to identify the wearer as a member of a particular group, tribe or community and serves as an introduction to their cultural, religious, political and social leanings. In Rajasthan, different colours of saafas and different styles of draping are used. Saffron saafa is worn during war, khaki-coloured round saafa is worn on normal days and pacharanga, chundari, lehariya etc. in various ceremonies. 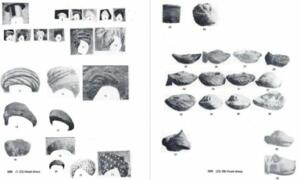 Conversely, setting foot on another person’s turban is considered a gross insult. It is intrinsically linked to a person’s respect and pride. Taking off the turban and placing it at the feet of others is an expression of dedication and humility.

Even today, it is customary to wear saafa in religious or religious functions, so that in any kind of ritual one is recognized with respect, culture and spirituality.

Bakrid has turned out to be a Super Spreader, as Kerala becomes biggest exporter of Covid

Editor, TFI Media Seeker, In the search of the truth of the words, heroism and discretion.