Samayapuram Mariamman Temple dedicated to Goddess Shakti is located at Samayapuram near Tiruchirappalli district of Tamil Nadu. Mariamman Durga, Maha Kali, or Ad Shakti, is a manifestation of the ancient energy of the Mother Goddess. The temple is one of the most famous temples of Goddess Shakti in Tamil Nadu. They make the deity with a mixture of sand and clay, like most Mariamman deities. 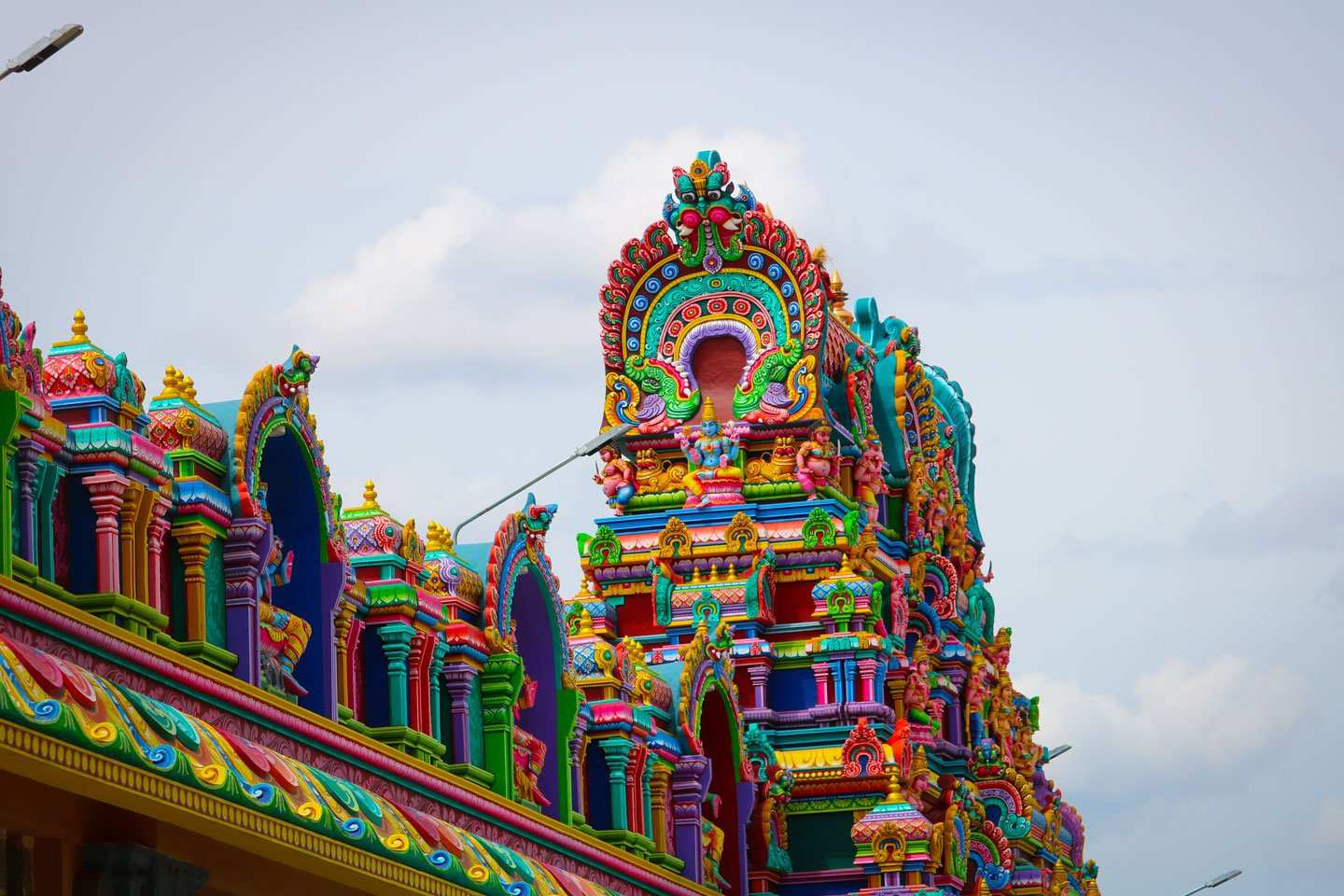 History of this Samayapuram Temple

Around the 17th century CE, the Vijayanagara kings ruled Tiruchirappalli and used the area as an army base. He promised to build a temple if he won the war. After the victory, he built a temple for the goddess. Many believe that the goddess was worshiped by the locals for centuries before the present temple was built.

According to history, the present deity in the temple was in the Ranganathaswamy temple at Srirangam. One of the chief priests of the temple complained that he fell ill because of the idol and ordered that the deity be removed from the premises. He moved the idol outside Srirangam, and a passer-by built a temple, the Kannur Mariamman Temple. There was an idol of Vaishno Devi in ​​the temple of Srirangam, which is a few kms southwest of Samayapuram. 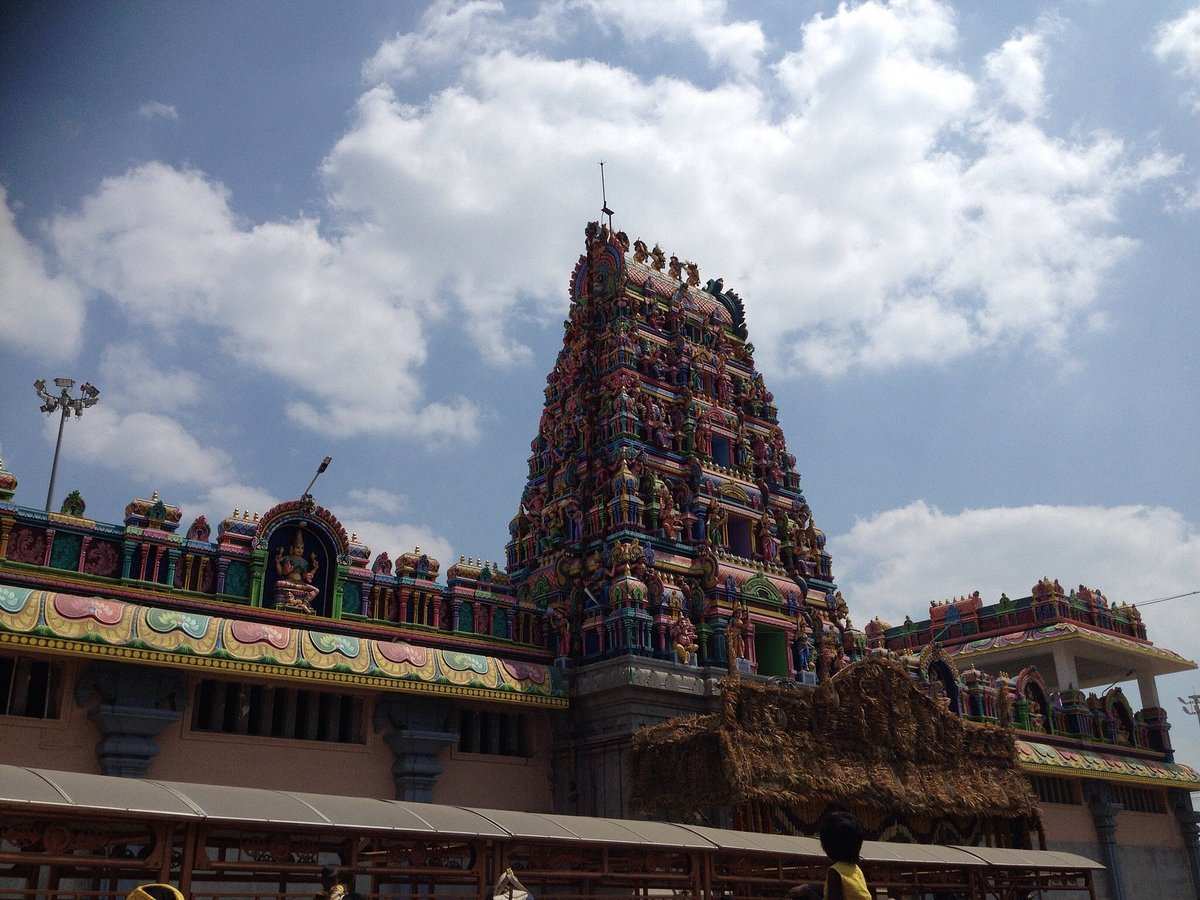 Place to visit near this Temple

Grand Anicut also known as “Kallanai” is one of the most famous and oldest dam in Trichy, where you can visit with friends and family. It is located just 20 km from Trichy. The Kallanai Dam was built by the great Karikalan Cholan in the 2nd century AD which was 2000 years ago and the dam was again rebuilt by the British during the 19th century.

The Agaya Gangai Falls, located in the Kolli Hills, is just a 3-hour drive from Trichy. If you are so lucky, visit this waterfall and take a journey to heaven’s gate. The Agaya Gangai Falls is at a height of 300 feet which is connected to the Aiyaru River. Beautiful place to spend time with your friends and family. You have to climb about 1250 steps to reach the waterfall. Step by step you feel the drizzling while descending into the depth which makes your journey chilly.

The Butterfly Park located in Trichy Sri-Rangam is the largest park in Asia dedicated to the butterfly, one of the 2 top game-changers of the global food chain. Butterflies play an important role in pollination, which is a major step in food production. 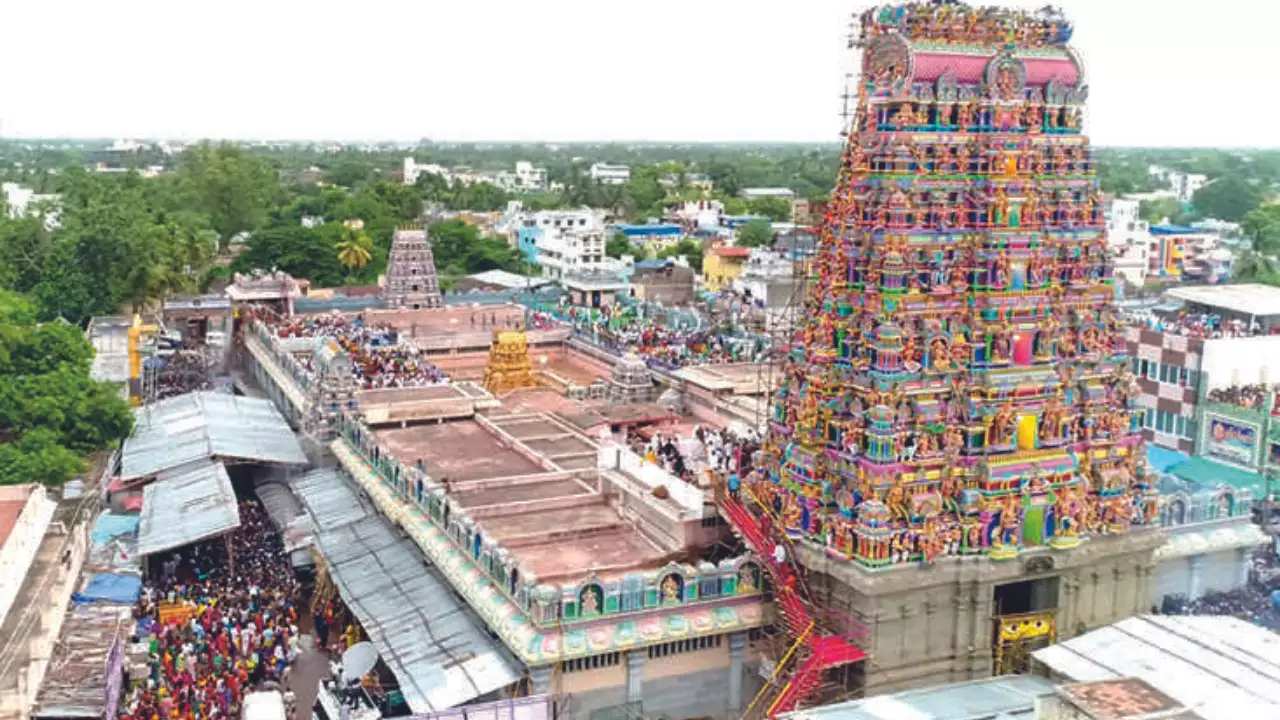 How to reach Samayapuram Temple

By Air- The nearest airport is Tiruchirappalli Airport. From here you can easily reach Samayapuram Temple by using local transport services or taxi.

By Train- The nearest railway station is located at Tiruchirappalli. From here you can easily reach this temple by using local transport services or taxi.

By Road- There is good connectivity by road in the form of buses and taxis, which making it convenient for the devotees to reach Samayapuram Temple. Roads are well connected with the other cities of the country.

Subscribe our TFI Dharma YouTube channel to watch Devotional videos because we are here to serve Sanatana Dhrama: TFIDHARMA

Pakistan has only two option and second is to liberate Balochistan