Israeli President Reuven Rivlin on Friday thanked the Indian Prime Minister Narendra Modi and the people of India for their support during the ongoing conflict between Israel and Hamas. The President took to Twitter and praised the “generosity and kind-heartedness” of Soumya Santosh, the 31 year old caregiver who was killed in a rocket attack by Palestinian terrorists on May 11 whilst simultaneously thanking India.

“On behalf of the State of #Israel and its people I told Soumya Santosh’s husband Santhosh I hope he finds comfort in the love, the generosity and the kindheartedness she gave to others in need. I thank PM @narendramodi and the people of #India for their support for Israel,” tweeted the Prez.

India is getting there. A slow transition towards a fully pro-Israel stand. May be we’re waiting for just the right time. pic.twitter.com/l2O6ZskM3M

Reported by TFI, Soumya Santosh, hailing from Idukki, Kerala was killed when she was on a video call with her husband. She worked as a caregiver to an old woman in the southern Israeli coastal city of Ashkelon. Santhosh, the husband of Soumya, is said to have thanked the President for “his warm embrace and Israel for helping to expedite the transfer of his wife’s mortal remains to India for burial”. 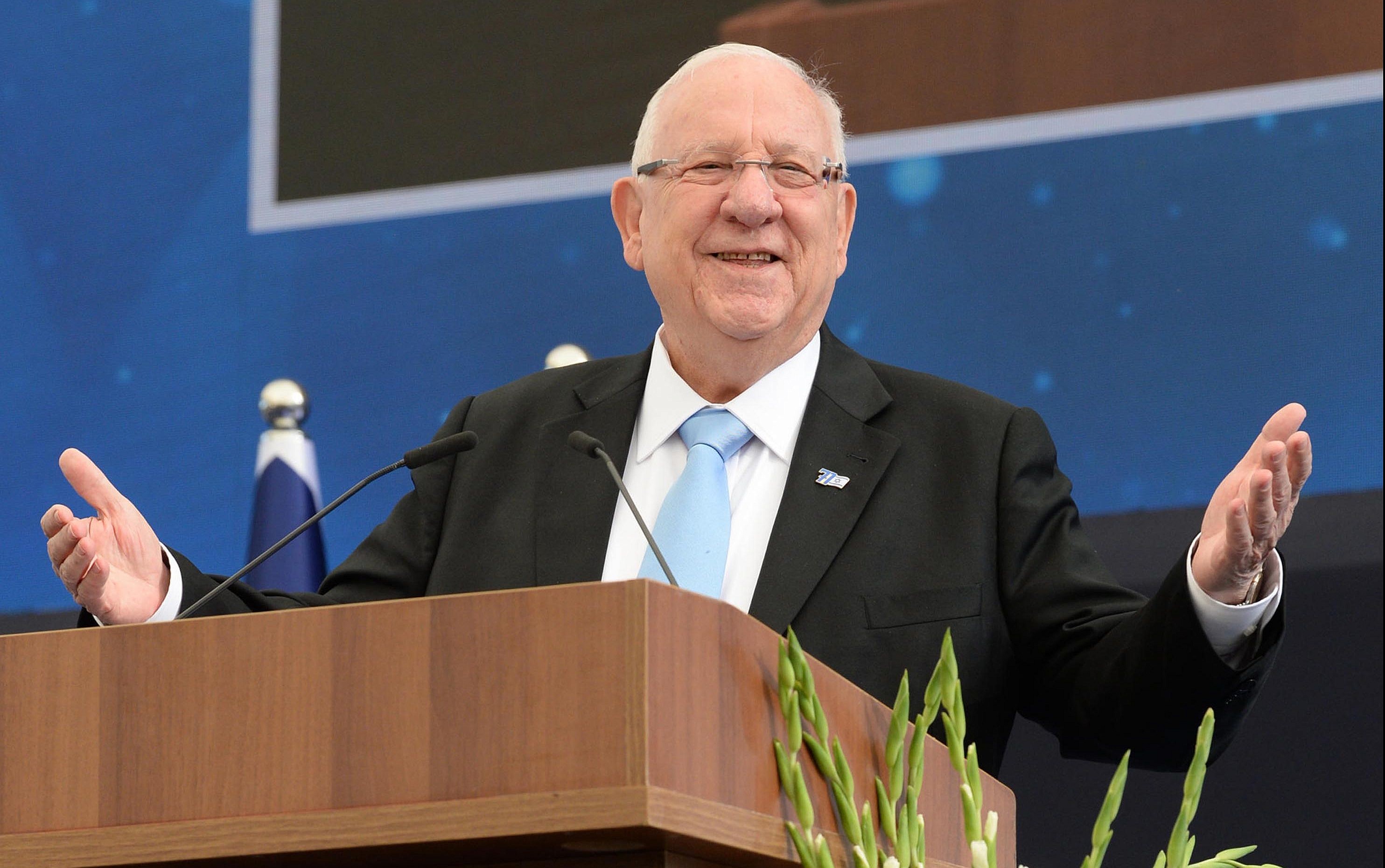 In addition to Rivlin’s statements, Israel’s deputy envoy Rony Yedidia Clein on Friday also remarked that the “Indian public has expressed a great amount of support and we are very happy with that”.

Speaking after the ceasefire between Israel and Hamas, Clein mentioned that Israel had received support from several countries and although India did not go public with its support, both governments had a mutual understanding that was agreed upon.

The Israeli Prez and Clein’s statements come at a crucial time when many domain experts had cast aspersions over India’s foreign policy regarding Israel and Palestine. The statements made by India’s UN Permanent Representative last Sunday regarding the ongoing conflict at a meeting of the United Nations Security Council (UNSC) had raised few eyebrows as to where the India-Israel relations were heading as the Modi government continued with the previous UPA government’s line on the conflict.

India in its official statement had remarked, “The indiscriminate rocket firings from Gaza targeting the civilian population in Israel, which we condemn, and the retaliatory strikes into Gaza, have caused immense suffering and resulted in deaths, including women and children.” Whilst supporting the “two-state solution” to resolve the dispute, the statement added, “In conclusion, I reiterate India’s strong support to the just Palestinian cause and its unwavering commitment to the two-state solution.”

TFI had argued that India’s archaic and outdated stance on Israel needed to be changed and that it was in the best interest that the two countries band together. Many had criticized PM Narendra Modi for not being at his flamboyant best in dealing with the complex issue and leaving Israel to fend for itself when it needed New Delhi’s hand.

But the recent statements by top Israeli diplomats prove that the real action was happening behind the scenes, not at the UN stage and that New Delhi continues to actively provide its support to Jerusalem.

It was Hamas that had started firing indiscriminate rockets towards the residential areas of Israel. After countering the rockets with its highly sophisticated Iron Dome batteries, Israel gave a good taste of its own medicine to Hamas and forced the terrorist organisation to agree to a cease-fire, bringing an end to the 11-day war.

PM Modi is like a duck, calmly gliding on the water surface and paddling vigorously beneath. There is more to India-Israel relation than what meets the eyes. pic.twitter.com/os0mX8TSXK

It is imperative to note that Israel has been more than a strategic partner and friend for India. It has been a nation, which has always risen to the occasion when India faced a crisis. It never shied away from supporting India and backing us. Back in 1999, during the Kargil War, Israel had provided laser-guided missiles for the Mirage 2000H fighters of the Indian Air Force (IAF). India was able to win the air war due to Israeli help and provide crucial air support to its ground troops. Last year, as tensions between India and China, surged, Israel supplied India with in-service air defence systems.

Israel thanking India should be a severe heartburn moment for the pro-Palestinian voices in the country who do not even know what hit them. And those doubting PM Modi should stand and applaud him for showcasing such finesse in the diplomatic game during a critical conflict.

‘Anybody calling the B.1.617 an ‘Indian variant’ will be dealt with,’ Modi government begins crackdown on anti-India elements

Yes, Bangladesh’s per capita income is more than India’s but by that logic, Luxembourg is richer than the US