Modi government introduced Indian Motor Vehicles (Amendment) Act in parliament in 2017, it was passed in Lok Sabha but the opposition parties created an obstruction in Rajya Sabha and the bill lapsed with the dissolution on 16th Lok Sabha. Later, in 2019 the bill was introduced and passed in both the houses and implemented from September 1.

So far, all the states except West Bengal, Punjab, Madhya Pradesh, and Rajasthan have implemented the new regulations and penalties. These states have to implement the new act (probably with some modifications) because Motor vehicle laws fall in the concurrent list and center can define the power of states.

With new Motor Vehicle Act coming into force, traffic violations will cost you more now. How much will you pay for breaking traffic rules? Watch this video #MotorVehicleAct #MotorVehiclesAct2019 pic.twitter.com/UIGZfFO3Na

As per new law, implemented from September 1, the new penalties for various violations are as following: 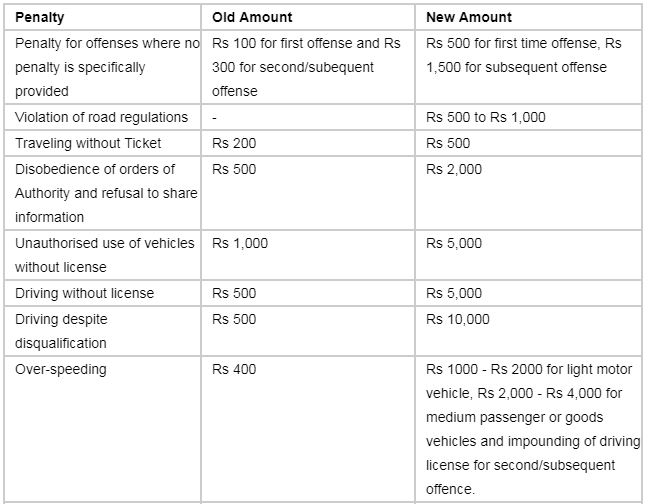 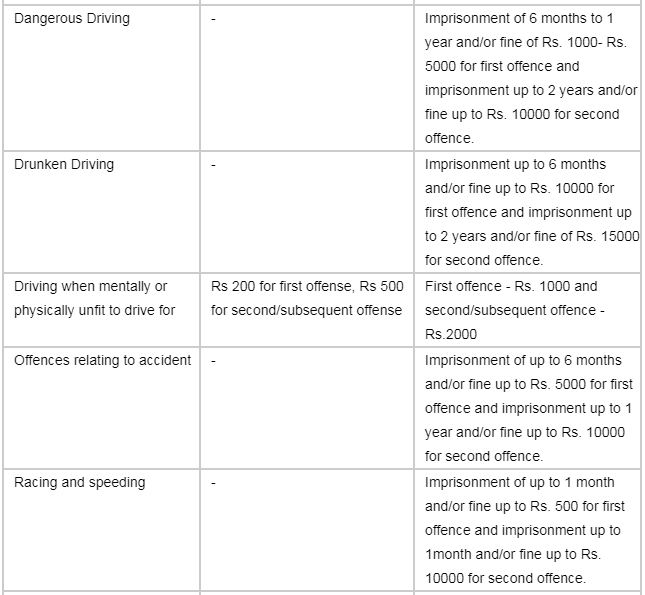 Many people and ‘intellectuals’ on Twitter criticized the new traffic laws as ‘harsh’. The states like MP, Rajasthan, Punjab and West Bengal have asked for time to ‘review’ the penalty before implementation. A person in Delhi was fined 23,000 rupees by police for violation of traffic laws, this story is being used by Congress leaders like Kapil Sibal to criticize the new law.

The new traffic rules will make the roads safer for commuters, the long queues will get shortened, and bring behavioral change among the citizens. Some critics argued that the commuters will get away by bribing the traffic police. Although, bribing is wrong and the government must digitalize the system to make it transparent, but the important point to note here is that the bribe amount will also shoot up to an extent and people will prefer to ‘abide by law’ rather than paying the hefty bribe.

In the post- Independence period, India has been proclaimed as a ‘libertarian land’ by the political commentator. Despite having a plethora of laws, the law implementation was awful, at least in northern states.

Following the law is not considered ‘cool’ in the country, given the fact; one can get away very easily after breaking the law. The worst exhibition of lawlessness was on roads having instances like driving without helmet, not carrying the driving license, drink and drive, overloading and over speeding is the new ‘normal’ in our country.

If the violator is caught by traffic police, either they pay the minimum fine or just get away by bribing. Due to this lawlessness on roads, lakhs of people die every year in accidents. India has one of the highest death rates per vehicle among developing countries because an insignificant percentage of people follow the traffic rules.

The long hours of traffic jams faced by daily commuters, long queues of vehicles on highways is due to noncompliance with traffic rules, although, this is not the sole contributor.

Pakistan wanted to internationalize 'Indian brutality' in Kashmir, its ICJ lawyer says there is no proof

'Theeke to hai Nitish Kumar': Incompetent Bihar CM comes up with the most defeatist campaign slogan ever