To speed up the sale of debt-ridden national carrier- Air India, the government has reconstituted a group of ministers which will be headed by Home Minister Amit Shah. The panel will now have four ministers – Amit Shah, Finance Minister Nirmala Sitharaman, Commerce and Railway Minister Piyush Goyal and Civil Aviation Minister Hardeep Singh Puri. When the panel named Air India Specific Alternative Mechanism (AISAM) was constituted in June 2017, it was being headed by the then finance minister Arun Jaitley.

The government has also frozen the promotion of employees and recruitment of new personals. The debt-ridden carrier which employs more than 10,000 employees is burdened with 50,000 crore rupees debt. We will try to finish it off by Diwali, if not before,” said Department of Investment and Public Asset Management (DIPAM) Secretary Atanu Chakraborty. The company is making a loss of 15 crore rupees per day. The cumulative loss of the company is 70,000 crore rupees and the loss for fiscal year 19 was 7,600 crore rupees.

Earlier the government made a failed attempt to sell 76 percent stake sale in Air India in 2018. Now the Modi government aims to sale the debt-ridden carrier completely as the consulting houses pointed out that the government’s attempt to keep 24 percent stake was a major problem in the sale. “This time, we have no doubt over disinvestment. The speed at which things are moving, the airline’s ownership would be transferred to a private party,” said an Air India executive.

Air India, one of the few legacies of the Nehruvian economy still operating in the country is set to be finally privatized by the Modi government. 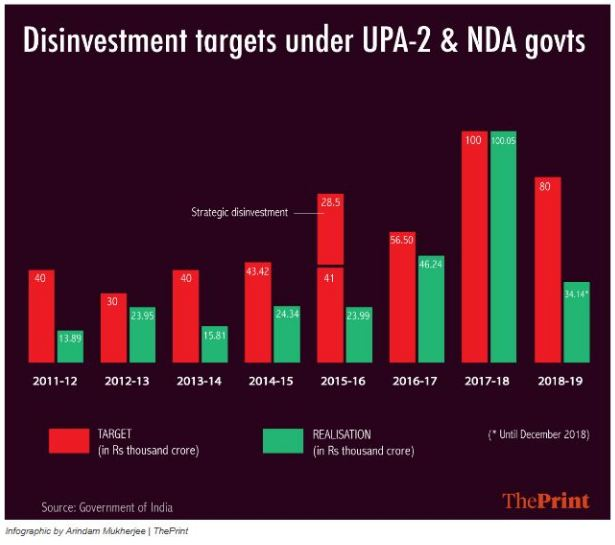 Since the initial days of independence, India was a ‘confused economy’. The government kept the private players out from ‘big industries’ and operated with monopoly. However, small industries were kept open to the private sector. After 1991, the country started economic liberalization and opened the big industries for the private sector. But capitalism was based on favoritism and government was more ‘pro businesses than being ‘pro-market’. Modi government is trying to make ‘New India’ a rule-based capitalist economy. The laws like Insolvency and Bankruptcy Code (IBC) are steps in this direction.

Modi government plans to ‘rationalise’ civil services, may drop number from 60 plus to just 3 or 4