It has been more than four years of Modi government. The government came to power with the tall promises of ‘Sabka Sath, Sabka Vikas’. So it is important to do a fact check on whether the government has been able to deliver on its economic promises or not. The economic record of last four years will also give some insights about whether the prophecy of Harvard economist Amartya Sen worked or PM Modi has been able to prove him wrong through his hard work. It will also give us some conclusive points of ‘Sen vs Bhagwati’ debate on economic theory. So the following is the changes in major macroeconomic indicators in last four years.

The average Consumer Price Inflation (CPI) averaged 3.58 percent in FY18, from a high of 5.97 percent in FY15. Inflation was one of the reasons behind Congress losing the 2014 general elections badly. Inflation was at 9.49 percent and 10.21 percent during FY14 and FY13 respectively.  The NDA government constituted Monetary Policy Committee (MPC) which was mandated to maintain 4% annual inflation until March 31, 2021 with an upper tolerance of 6% and a lower tolerance of 2%. So the government has been able to control inflation and this is the reason behind people’s satisfaction with current government and BJP’s successive victory in states. 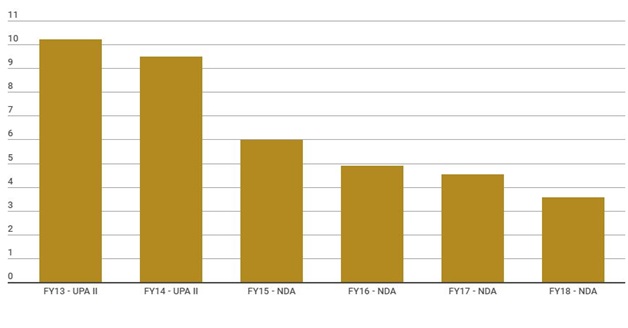 This is one of the parameters where the current regime completely nailed the previous government. The country reached to 100th place in 2018 from the 134th in 2014. The structural economic reforms like GST and Insolvency and Bankruptcy Code (IBC) were the prime reasons behind the country moving so fast on the Ease of Doing Business rankings. 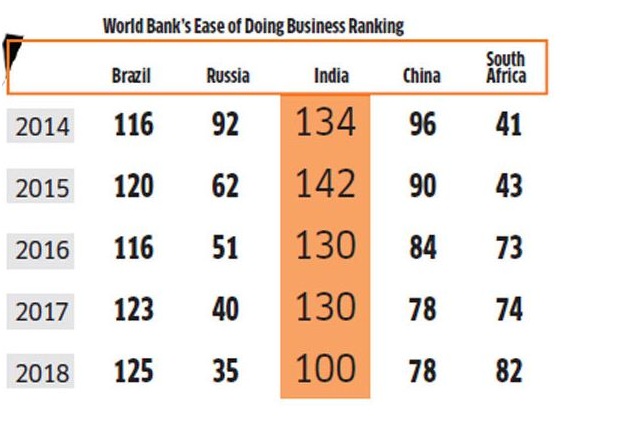 The Foreign Direct Investment (FDI) poured in the NDA regime due to investors’ confidence in the country’s macroeconomic outlook. Political stability is one of the most important requirements for increase in FDI inflows and the Modi government was first to come to power with majority of its own in the last 30 years. Another reason behind increased FDI inflow is capital outflow from other Asian countries like China, South Korea due to global trade cum currency war. The global investors see the country as a safer investment destination because Indian economy is primarily driven by domestic consumption. During the four years of the Modi government, the country received a record average $52.2 billion in FDI annually, as compared to $38.4 billion under UPA II and $18.2 billion under UPA I. 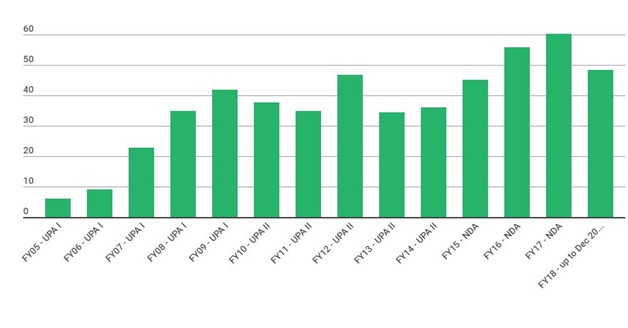 India has one of the lowest taxes to GDP ratio among BRICS countries. The Congress party despite all its lip service to welfare of the people did not take concrete steps to increase the ratio. Higher tax collection is essential to spend money on welfare because if the government’s coffers are empty then it cannot go distributing freebies.  During the four years of the NDA government, the average gross tax revenue stood at Rs 15.91 lakh crore per year, as against Rs 8.36 lakh crore during UPA II and Rs 4.35 lakh crore during the first four years of UPA I. With robust tax revenues the government got fiscal space to spend money on infrastructure as well as increase the allocation for welfare schemes.

The fiscal prudency of the government is visible. The fiscal deficit FY 14 was 4.4 percent and in FY 18 it came down to 3.5 percent. The low fiscal deficit is most important thing for a stable macroeconomic condition but the Congress government brought inefficient populist schemes which widened the deficit and therefore the investors’ confidence in country become low. But the Modi government promised to keep fiscal deficit lower because it wanted more investment in the country which will ultimately boost economic growth.

The IIP details out the growth of various sectors in an economy such as mineral mining, electricity and manufacturing. The Eight Core Industries which constitute Electricity, steel, refinery products, crude oil, coal, cement, natural gas and fertilizers comprise nearly 40.27% of the weight of items included in the Index of Industrial Production (IIP). The IIP growth was 4 percent in FY14 and came down to 3.3 percent due to disturbances caused by demonetization. Later it recovered with 4.6 percent and 4.4 growths in FY17 and FY 18 respectively. 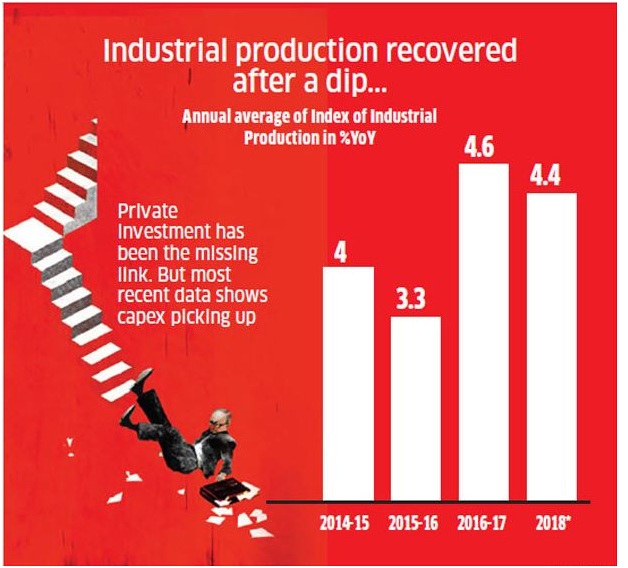 The changes in Sensex

The NPA grew and grew under both NDA and UPA government due to the lack of any comprehensive law to solve the black money problem. The government brought Insolvency and Bankruptcy (IBC) code which is proving helpful in solving NPA problem. Among the first 12 cases identified by RBI for resolution under IBC, 2 got solved and the rest are on the verge of getting solved. So the NPA problem is expected to ease out in next one or two years.

Exports have not seen a healthy growth under the Modi government due to trade cum currency war among major economies. Another reason behind low exports was the strength of rupee in the initial years of Modi government. The exports were also impacted by the structural reforms like demonetization and implementation of GST which proved harmful to small businesses in short run. But the slowdown in the exports did not hurt the budget because the imports also decreased due to fall in global commodity prices. The prices of petroleum which constitute a major chunk of import receipts came to historic low in previous years. So the decline in exports was covered by decline in import bills. 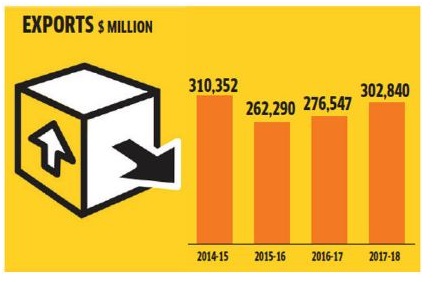 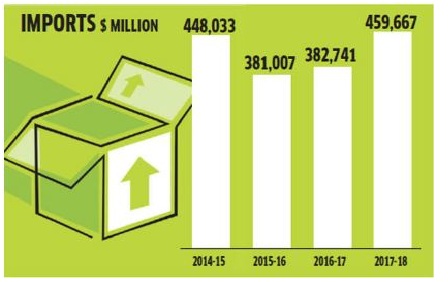 It is very clear from the above indicators that the Indian economy has performed excellently under the tutelage of a hardworking ‘chaiwala’ and it falsified the prophecy of economists like Manmohan Singh who called the economic policies of Modi government as ‘disastrous’ for the Indian economy. As the government seeks reelection in less than a year, the macroeconomic indicators and welfare policies will make a good election manifesto.

We’ll convert you to Islam and will make you keep beard : Asaduddin Owaisi