Not very long ago, India used to be heavily dependent on foreign countries for its own defence requirements. Things have changed for good during the last 8 years and India’s indigenous defence manufacturing has made a massive growth. With this, the export market has also opened up and arms buyers like Vietnam are eager to buy made-in-India products.

According to various reports available in public domain, Vietnam is eager to buy Barak-8 missiles in its drive to protect itself from Chinese aggression in the region. A Vietnamese delegation headed by the Deputy Commander of the Vietnam People’s Air Force will be visiting Israel in September this year for the acquisition talks. In Israel, they will hold talks with bigwigs of Israel Aerospace Industries (IAI).

The Barak-8 missile is highly potent when it comes to defending a Geography from airborne threats. It works as a counter to hostile helicopters, fixed-wing aircrafts, unmanned aerial vehicles, anti-ship missiles, ballistic missiles, and cruise missiles. It can work in all weather conditions and can be deployed on naval and land-based platforms. It can precisely hit targets in the range of 70 kilometres and provides 360-degree coverage.

Apart from protecting its air space from the Chinese, one of the major reasons of Vietnam’s acquisition of Barak-8 is that India is an active partner in its development. The Barak-8 missile has been jointly designed by Defence Research and Development Organisation (DRDO) &

Israel Aerospace Industries. Its manufacturing has been taken care of by Bharat Dynamics Limited, Bharat Electronics Limited and Rafael Advanced Defense Systems.
Not only Barak-8 missile, Vietnam is also interested in buying Brahmos cruise missiles, Akash air defence system, Varunastra anti-submarine torpedoes, and coastal radars among others. For Vietnam, the icing on the cake is that India is even giving its money to buy made-in-India arms. Up until now, India has granted Vietnam, nearly $600 million worth of Line of Credit. 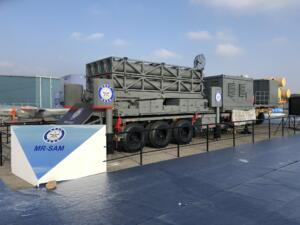 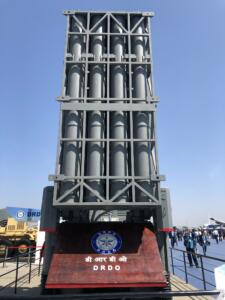 The deepening Defence partnership traces its roots to India’s emphasis on Act East Policy in early 1990s. Protecting the sovereignty of Vietnam and other regional countries are important for India. In the early 2000s, India and Vietnam signed a Defence Protocol. The protocol made it easier for Vietnam to procure military helicopters and equipment for the repair of Vietnamese aircrafts.

In 2013, India provided Vietnam with $100 million worth of Line of Credit for purchasing 12 offshore high-speed patrol boats for its navy. Earlier this year, Defence Minister Rajnath Singh handed over these patrol boats to the Vietnamese administration during his visit to Hong Ha Shipyard in Hai Phong. In his address, he effectively told Vietnam that made-in-India arms are up for grabs for Vietnam.

During the same visit, Rajnath Singh and Vietnamese Defence Minister made it official that India and Vietnam are going big on Defence partnership. Both leaders signed Joint Vision Statement on India-Vietnam Defence Partnership towards 2030. To further Vietnam’s Defence capabilities, both countries agreed on finalisation of the $500 million Line of Credit for Defence purchases. Vietnam will be using this sum to buy weapons produced under make-in-India initiatives.

Read more: The defence pact between India and Vietnam will send shivers down China’s spine

On the occasion, India also gifted two simulators and monetary grants for setting up a language and IT laboratory at the Air Force Officers Training School for the Vietnamese armed forces. In a statement, Indian Defence Ministry said, “The implementation of the projects under the LoC will add substantially to Vietnam’s defence capabilities and further Prime Minister Narendra Modi’s vision of ‘Make in India, Make for the World’.”

There is an old saying, “The enemy of my enemy is my friend”. Somehow, China has been able to antagonise both India and Vietnam and that too on similar grounds of violating territorial sovereignty. While Vietnam has a proven record of dealing with China’s aggression in the past, India has also proven its capacity to thrash China in its own backyard. Naturally, interests are aligned and so are Vietnam and India.