by Tanya Trivedi
in Analysis
0

Many of us are so occupied criticising our nation that we tend to ignore the tremendous growth and exemplary developments India has witnessed over the last few years. Not only the nation has become a global giant but is also making the world to be dependent on it for food, vaccines and what not.

Be it infrastructure, health, economy and strategies, the world has now begun recognising the power of India. Such is the impact that it has become the centre of global politics. However, there’s one aspect people don’t often discuss. It is India’s journey from a humble SLV-3 to world-class GSLV Mk III. Taking a deep dive into the astronomical journey of India, every Indian’s heart will surely take pride for being a part of it.

India witnessed one of the proudest moments and a landmark in the history of the country forty-seven years ago, on 19 April 1975, as India’s first indigenous satellite named Aryabhata was launched. Notably, it was launched from Kapustin Yard, a Soviet rocket launch and development site in Astrakhan Oblast, using a Kosmos-3M launch vehicle.

The Indian satellite program began to take shape in the early 1970s. Under the direction of Dr. U R Rao, a 100-kilogram satellite was designed. The then ISRO chair M.G.K. Menon made an agreement with the Soviets at Trivandrum in February 1972. As per the agreement, USSR was allowed to use the Indian portals for tracking ships and launching vessels, and in return India could launch various Satellites. The charge for satellite design is estimated to be roughly US$3.9 million, plus another $1.3 million. It was an enormous expense for the time.

The Aryabhata’s launch was successful. And it grabbed the eyeballs of the world as at that time, leading space powers had little to no faith in India’s chances to produce an indigenous satellite.

India, however, didn’t like dependence on Soviet Union for its experiments. Thus, it began working towards developing its own launch vehicle. The Indian Space Research Organisation started a project named Satellite Launch Vehicle. The project aimed at developing the technological capabilities required to launch satellites into space.

Finally, on July 18, 1980, India’s first experimental satellite launch vehicle SLV-3 was launched. SLV-3 was an all solid, four stage vehicle weighing 17 tonnes, with a height of 22m, and capable of placing 40 kg class payloads in Low Earth Orbit (LEO). Reportedly, it was launched from Sriharikota Range (SHAR), when the Rohini satellite, RS-1, was placed in orbit. With the launch of SLV-3, India became the sixth member of an exclusive club of space-faring nations. The first experimental flight of SLV-3, in August 1979, however wasn’t completely successful.

The successful launch of the SLV project paved the way for more advanced launch vehicle projects such as the ASLV, PSLV, and GSLV.

After SLV 3, India launched its own Augmented Satellite Launch Vehicle (ASLV) Programme. With a lift off weight of 40 tonnes, the 24 m tall ASLV was configured as a five stage, all-solid propellant vehicle, with a mission of orbiting 150 kg class satellites into 400 km circular orbits.

It was designed to expand the payload capacity to 150 kg, thrice that of SLV-3, for Low Earth Orbits (LEO). Learning from the experience gained from the SLV-3 missions, ASLV turned out to be a low cost intermediate vehicle to demonstrate and validate critical technologies, for future launch vehicles like strap-on technology, inertial navigation, bulbous heat shield, vertical integration and closed loop guidance.

India, since then, never looked back

The story behind the launch is what made it even more special. APPLE was launched from the Guiana Space Centre in France, which in itself is amazing as before being launched it was carried on a bullock-cart.

Thus, the US Senate Foreign Relations Committee imposed a condition on the $24 billion international assistance that the US was providing to Moscow. The Senate Committee voted to block further American aid to Russia if Moscow went ahead with the $250 million deal with India. The man who moved the amendment in US aid to Russia was Joe Biden himself. Ultimately, the US allowed Moscow to supply seven Cryogenic engines to India. But no technology transfer was allowed, thereby impairing India’s ambitious Space mission.

Read more: Back in 1992, Joe Biden made sure that India does not get access to cryogenic tech for its space programme

Countdown to self-sufficiency began for India

PSLV, which can launch small size satellites into geostationary transfer orbit, was first launched on 20 September 1993. It can take up to 1,750 kg of payload to Sun-Synchronous Polar Orbits of 600 km altitude. By 2015, the PSLV had launched 93 satellites (36 Indian and 57 foreign satellites of 20 different countries) into a variety of orbits.

This vehicle broke the world record of launching ten satellites at one time in 2008. Moreover, Polar Satellite Launch Vehicle successfully placed six satellites from Singapore in orbit after launching from Indian Space Research Organisation’s space port in Sriharikota, on 16 December 2015.

PSLV is the first Indian launch vehicle to be equipped with liquid stages. It has emerged as one of the most reliable and versatile workhorse launch vehicle of India. Besides, PSLV also successfully launched two spacecraft – Chandrayaan-1 in2008 and Mars Orbiter Spacecraft in 2013.

Then entered the giant

After the launch of PSLV, India did what the world couldn’t even think of. It started improvising the PSLV model with its six solid strap-on engines replaced by four liquid strap-ons based on the Vikas engine, and the first two stages replaced by a cryogenic engine.

This led to the launch of GSLV 3, which was designed to launch heavy satellites like the INSAT series, with a payload of 500 tons (in comparison Aryabhata which was 40 Kgs only) to low earth orbit.

On 05 January 2014, GSLV D5 successfully launched GSAT-14 into its intended orbit putting India into the elite ‘Cryo Club’, a select group of space-faring nations. Apart from India, only countries that possess this capability are USA, Russia, France, Japan, and China.

It was crucial for India as it has been paying $85-90 million (500 crores) as fee to foreign agencies for launching communication satellites weighing 3.5 tons.

GSLV Mk III, which was chosen to launch Chandrayaan-2 spacecraft, is a three-stage heavy lift launch vehicle developed by ISRO. The vehicle has two solid strap-ons, a core liquid booster, and a cryogenic upper stage. GSLV Mk III is designed to carry 4 ton class of satellites into Geosynchronous Transfer Orbit (GTO) or about 10 tons to Low Earth Orbit (LEO), which is about twice the capability of the GSLV Mk II. 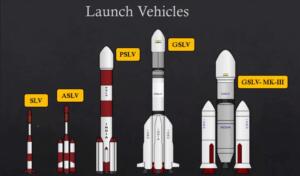 From Bullock cart to GSLV

The Indian space programme, since its beginning, has come a long way. From ferrying rockets on a bullock cart to now building satellites weighing over 3,000 kg, ISRO has done what no other space agency could have done.

As per the reports, there was a time when even a basic infrastructure wasn’t available for the scientists to perform their experiments. According to UR Rao, former chairman of ISRO, “even a toilet was converted into a data receiving centre for Aryabhata.”

What is even more commendable is that ISRO doesn’t spend whopping amounts of money to succeed in their experiments. You might be shocked to know that ISRO spends in a year what NASA spends in only a month. Moreover, the money it receives is very less in comparison to Chinese and Russian space agencies.

Now, you know why Indian space agency is exceptional and you must take pride for being a part of the nation whose progress is an inspiring journey for other countries.

Support us to strengthen the ‘Right’ ideology of cultural nationalism by purchasing best quality garments from TFI-STORE.COM