by Paurush Gupta
in Trending
0

Have you ever been discriminated against based of your Hindu identity? Then my friend, you have also been a victim of Hinduphobia. The Abrahamic religions have been fighting Anti-Semitism, Islamophobia and Christianophobia. Yet when it comes to Hinduphobia they vehemently oppose it and deny even the mere existence of such a thing. But as they say, truth is the ultimate victor in every scenario. The Hindu organisations have forced yet another government to accept Hinduphobia and course-correct their Hinduphobic ways.

The Queensland administration is planning to bring legislation to curb hate crimes and vilification. This legislation would make it a criminal offence to display symbols promoting hatred and causing fear. The state premier, Annastacia Palaszczuk, outlined the necessity of this legislation. She highlighted cases where Nazi sympathisers terrorised the general public and displayed flags or graffiti associated with Nazi ideology. She said,” Nazism is evil. Evil triumphs when good people do nothing. We will  not do nothing and allow this angle to grow. They deserve to be punished. Their crimes are not harmless, nor are their ideologies. They ought to be called out.”

The public display of hate symbols such as the Nazi swastika will be banned in Queensland.

QLD Premier Annastacia Palaszczuk will introduce this as a part of new laws to combat hate crimes and serious vilification. pic.twitter.com/HhSdPoMsJo

Read More: ‘A sacred Hindu symbol, not the Nazi cross,’ The Hindu Swastika and the Wound of Imperialism

What is significant for Hindu Community is that the Queensland government didn’t bow down to the pressure of the anti-Hindu groups. The government respected the sentiments of Hindu community and kept the religious symbol, Swastika, out of this legislation. Let’s delve in deep why it is a victory for Hinduism and what bigger war lies ahead.

Why is there so much ignorance around the two symbols which can be differentiated even with naked eyes? 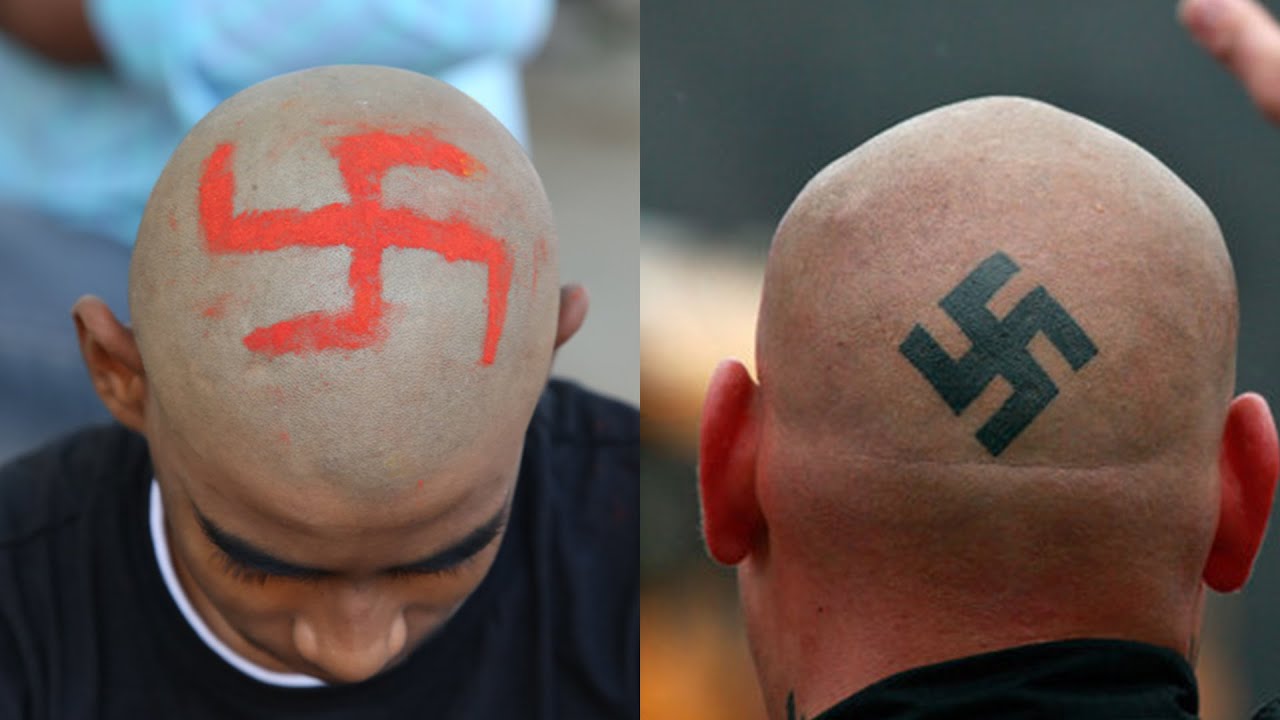 This promoted enmity against Hindus and the ignorant foreigners began targeting Hindu community for using the religious symbol, Swastika. Earlier it was seen that instead of curbing these hate crimes, the foreign anti-India politicians deepened this negative equivalence, resulting in increasing hate crimes against Hindus. But thankfully, the resolute stand of Hindu organisations and peer groups have started to bring a positive change in the outlook of foreign governments.

This step of the Queensland government to respect sentiments of Hindu community is not an alone case of victory for Hindu faith. The Hindu American Foundation has been leading a relentless campaign to awaken the public and governments about the difference between the two symbols. With this they also demand to remove ominous Hindu symbols from bills criminalising display of it. They have successfully persuaded the New York Senate to amend two bills which earlier referred Swastika as “anti-Semitic” and fascist symbol.” Now with their efforts, this Hinduphobia bill has been amended and Swastika removed from both of them.

#Breaking: After 4 months of relentless efforts by @hinduamerican working with allies, the word “Swastika” has been removed from @NYSenate & NY State Assembly bills NY A.9155 and NY S.7680.

BOTH bills originally referred to the swastika as “anti-Semitic and fascist symbols.” pic.twitter.com/fjrfxgDQCu

Furthermore, the same group has persuaded the California legislative assembly to recognise the difference between the two contrasting symbols.

We call on #CALeg to support the amended bill affirming that Hakenkreuz ≠ Swastika pic.twitter.com/H9ghtkfdkw

Not just in America and Australia, the awakened Hindus in Canada under the leadership of Indian origin MP Chandra Arya is pressurising the Canadian government to mend its bigoted ways.

My statement in Canadian parliament today calling to distinguish between the Hindu religious sacred symbol Swastika and the Nazi symbol of hatred called Hakenkreuz in German or the hooked cross in English pic.twitter.com/1Os0rFTedm

Read More: How the West projected Hitler’s ‘hooked cross’ as the Swastika with the help of New York Times

For too long, the Hindu haters ran their negative propaganda and tarnished the image of Sanatan Dharma. Their propaganda may have won for sometime but they should not forget that ‘lies and deceits are short lived’ but truth is eternal. The Sanatan practices are timeless, spiritual and have a divinity attached with it, so instead of relentlessly attacking Sanatan Dharma, they should find solace in it and feel mental peace.

Queensland had earlier witnessed some public display of Nazi symbols which are a tormenting to all the humanity. So, to curb all hate crimes, the state

Abdul Karim Telgi is not as famous as Harshad Mehta, but his Scam 2003 is no less