No Result
View All Result
Newswire
Sensex gains over 400 points; auto, metal stocks rise 16 mins ago
UNHCR discloses funding gap to meet needs of Ethiopian refugees, IDPs 19 mins ago
Brazil launches mass Covid-19 vaccination campaign 46 mins ago
Pak approves Sinopharm Covid vaccine for emergency use 52 mins ago
UP exceeds paddy purchase target, ahead of deadline 52 mins ago
3 booked for rape-murder of Dalit girl in UP 55 mins ago
Next
Prev

Diesel is finally costlier than Petrol. An idea whose time came 50 years back is finally a reality

For the first time in the history of India, diesel prices surpassed petrol prices in Delhi. The opposition and critics started attacking Modi government for a change that should have come many years ago, given the fact customers are increasingly going for petrol or CNG vehicles.

In general, the rise in taxes on petroleum is painful to the consumer but questioning equal prices of petrol of diesel is stupid. In the International market, the prices of petrol (known as Gasoline in West) and diesel have very little difference of one or two dollars, with diesel costing more most of the time.

The price difference in the domestic market is due to different taxation. For the last seven decades, union government, as well as state governments, used to tax diesel less, as the usage of diesel is done primarily by the rural people.

There is a clear cut bias against urban consumers in keeping the taxes high on petrol, as the middle class has increasingly turned towards petrol or CNG vehicles in the last few years. 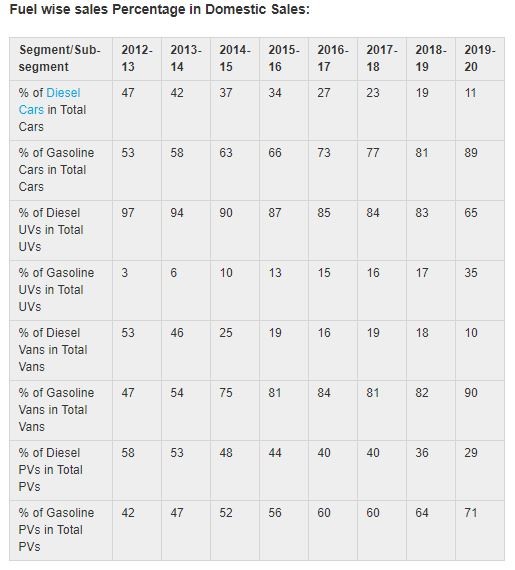 Only the rich people who drive SUVs, rural consumers and transporters use diesel vehicles. “It’s an affordability challenge in the COVID-times. People are trying to save money and spiralling diesel prices are making them change their decision to petrol. Most argue why to spend more money on vehicles, which are more expensive,” says Amit Kaushik, the Managing Director of Urban Science, a US-based consultancy firm.

The government has to increase taxes on petrol if not diesel as it needs money for establishment spending.

But, an increase in petroleum taxes would have hurt already suffering middle-class urban consumer, and therefore, the government decided to increase the taxes on diesel, as rural economy is believed to perform better this year.

Farmers use diesel to run water tubewells in the ansence of electricity, and tractors- the primary equipment in modern farming has diesel engine. Most of the vehicles used by rural consumers have diesel engines, as they are better for rough terrains and poor roads. Mahindra and Mahindra, the largest seller of tractors which are primarily used in Indian villages is one of the largest manufacturers of diesel vehicles.

The central government (which imposes excise duty on petroleum), as well as the state governments (which impose a sales tax or VAT), has increased taxes on petrol and diesel in the last few months in order to generate revenue.

China is eating into Nepal with over 33 hectares occupied, the Tibetisation of Nepal has begun