The Indian Media has seen its role as permanent opposition, especially if BJP is in power. Whenever the party or the BJP led government makes a promise, the Indian media along with opposition parties jumps to declare to it as ‘impractical’.

However, despite all the ‘impracticability’ declared by the Indian media as well as ‘liberal policymakers’, the Modi government has been able to abolish Article 370, clear the way for construction of Ram mandir in Ayodhya through legal means and wage a war against black money.

The latest legislation, which according to the left-liberal establishment is impractical, is- Citizenship Amendment Bill (CAB) and National Registrar of Citizenship (NRC). The Citizenship Amendment Bill seeks to provide Indian citizenship to members of communities, in minority in Pakistan, Afghanistan and Bangladesh that have fled religious persecution. These communities include Hindus, Sikhs, Christians, Buddhists, Jains and Parsis, all of whom are in minority, and whose numbers have fallen drastically in each of the three countries.

This bill aims to end the politically motivated obfuscation of the terms ‘illegal immigrant’ and ‘refugee’ as the two are very different. The bill seeks to undo the historical injustice that has been meted out to Bengali Hindu refugees, among others.

The left-liberal establishment has jumped the gun against CAB and called it impractical and unnecessary. “CAB-plus-NRC is an idea that’s dead-on-arrival. But it’s the BJP’s next Ram Mandir that will be used to polarise and expose the party’s rivals,” wrote Shekhar Gupta, Editor-in-Chief and Chairman, The Print.

“Amit Shah’s constant demand for a countrywide NRC has been rightfully criticised. But not many have pointed out just how impractical it is,” wrote popular Youtuber, Dhruv Rathee, who spreads Gyaan on every subject, ranging from how to start a business to NRC.

Kanchan Gupta, in a report dated May 2019, for Observer Research Foundation wrote, “The question, therefore, is whether the noise is merely election-time rhetoric, or the BJP has a plan in place.” His primary argument was that CAB-NRC seems merely poll rhetoric and the party does not have a concrete plan to implement the said law.

There are countless popular twitter handles, which will argue that CAB-NRC is impractical and unnecessary. But, these people, argued the same for construction of Ram Mandir and removal of Article 370.

On abrogation of Article 370, “Mark my words & save this tweet – long after Modi Govt is a distant memory either J&K won’t be part of India or Art 370 will still exist,” said Omar Abdullah in 2014. 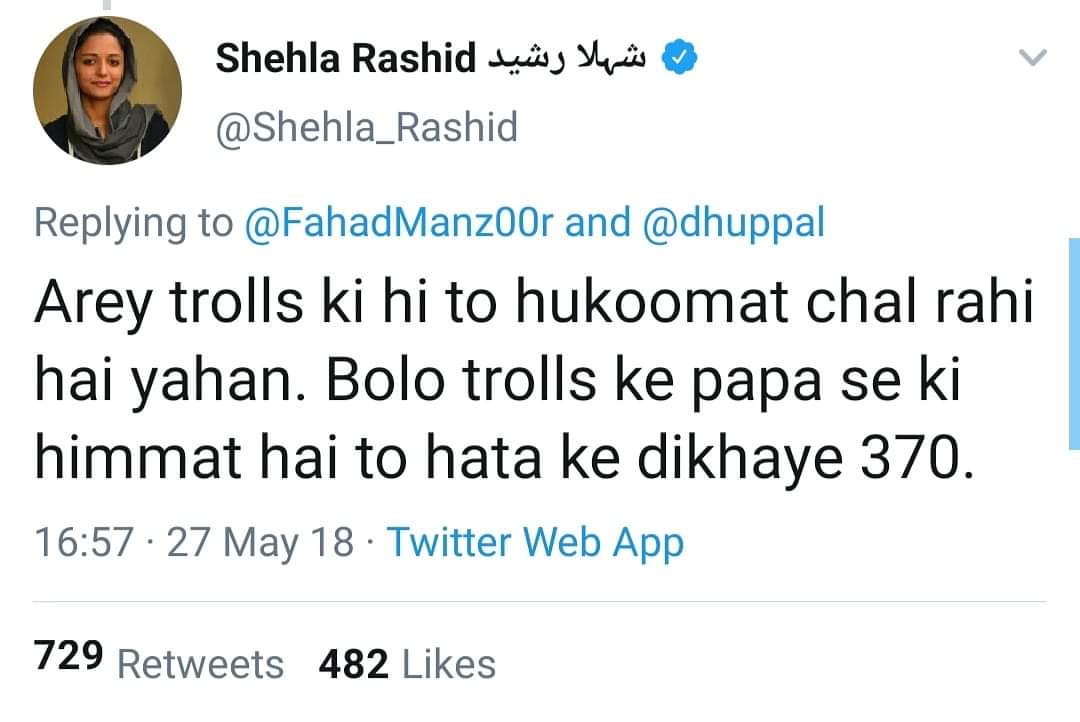 Many other politicians including Mehbooba Mufti and Shah Faesal argued the same. Writers from the liberal establishment like- Ramchandra Guha, Sagarika Ghosh called Article 370 integral part of Indian constitution and declared that it will be never removed.

But, the Modi-Shah duo is known for completion of tasks which the liberal community declares as impractical or unnecessary. Coalition politics has become a norm in the country and everyone believed that it will be an integral part of Indian politics for decades. But, the duo brought an end to coalition politics with a single-party majority government in 2014 and 2019.

The abolition of Article 370 was declared undoable, but, the Modi-Shah duo abolished it. Construction of Ram Mandir through legal means was considered impractical but it has become a reality now. As Modi-Shah sailed the country through all these ‘impractical and unnecessary’ things, they are expected to win the CAB-NRC battle too.