BJP’s strategy for consolidation of Hindu votes in Kerala: Ezhavas and Nairs

If BJP is given a chance to choose a state of their wish from the southern conglomerate, I would presume they would choose Kerala. Modi-Shah duo has already set their eyes on the hitherto communist bastion. If BJP can play its cards with care and strategic predetermination, 2019 General Election would show trembling changes in the way the state reacts to its decade’s long voting pattern.

Three main competitors in Kerala are Left Democratic Front (LDF) ally of CPI (M), United Democratic Front (UDF – alliance led by the Congress) and BJP which is allied with the Bharat Dharma Jana Sena (BDJS). LDF and UDF ruled the state in successive turns of 5 years, since 1982. Congress and CPI (M) never allowed the BJP to prosper in the electoral arena and on those instances when BJP was hopeful of bagging a seat. The tactics kept bearing results until 2016, when the veteran leader of BJP, O Rajagopal, crushed all the barriers and emerged victorious from Nemom constituency in the 2016 assembly elections.

Now, let’s have a look at the structure of the population in Kerala. The main population of ‘God’s own country’ is comprised mainly of Hindus (54.73%), while the second is of Muslims (26.56%) followed by Christian (18.38%). When it comes to literacy and Human Development indexes, Kerala is undoubtedly the top ranker, however, politics is yet to be freed from the clutches of caste and religion. If one looks at the numbers and population of Hindus in the state, the BJP, irrespective of its history, seems to have an upper hand. A noteworthy fact is that LDF leader, Pinarayi Vijayan is the incumbent CM of the state.

Going in the details of the voter base, UDF is dependent on the backing from Christians and Muslims, which forms almost 45% of the population. While upper caste of Hindus including Nairs (about 14 percent of the population) and some Ezhavas (23 per cent) have been a traditional support base of the Congress party, but the minorities formed their own support base. A major section of the Ezhavas (considered being lower in caste spectrum) and Dalit is the main support base of the CPM.

However, with the latest turn of events including the whole dilly-dally of the Congress party on the issue of Sabarimala Temple and Christian appeasement of LDF government, the upper class of Hindus seems to be descanted from both the LDF and UDF’s dog fight. The minority appeasement of the UDF was a rallying point for the BJP, which tried to consolidate the Hindu vote by combining the Nair, Ezhava, Brahmin, and the Scheduled Caste votes. Although, the BJP cannot bank much on minority votes (main voter base of LDF), it certainly is targeting the upper caste Hindu base which has been so far splintered between Congress and the Left.

In 2016, at the time of assembly elections, Centre for Public Policy Research (CPPR) conducted a survey regarding the voting pattern of the people in the state and that says a lot about the probable outcome of the upcoming general elections. Speaking of the general perception about the political parties, most of the participants agreed that while LDF lacks to provide stable governance, UDF is indulged in corruption. 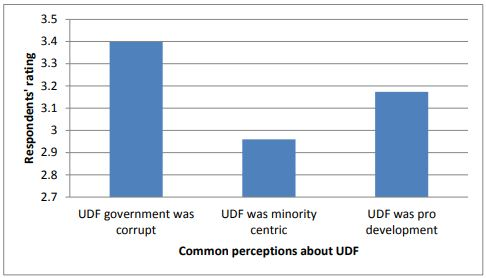 BJP’s stance on Sabarimala issue has certainly helped in the party consolidating the Hindu votes especially considering Congress’ flip-flop stance on the issue, the other alternative that Hindu votes could have gone for. Speaking of the Saffron Party, the main reason behind its gaining 15% vote share was that people were fed up with the LDF-UDF system. The Modi factor was the second most important reason.

The Hindu identity and sentiments especially after the whole Sabarimala episode is on a historic high and BJP is hoping to secure the mandate riding on it. Moreover, Hindus made up just about 55 per cent of Kerala’s population according to the 2011 census. In the 2014 parliamentary elections, both the communists and the Congress lost to the Indian Union Muslim League (IUML) in two parliamentary constituencies where Hindus comprise less than 40 per cent of the population. In 18 out of the 20 constituencies, where Hindus make up over half the population, the Congress and the Communists have shared the spoils over the last two parliamentary elections. It is in these 18 constituencies the BJP hopes to gain most. For the Ezhava and Nairs, Sabarimala has been an emotive issue and they have been at the forefront of the protests, going against the left.

In the run-up to the Lok Sabha election, BJP is expanding its cadre with a fast pace and many dignitaries are too willing to join the saffron party. In October last year, five prominent personalities joined the BJP, including former ISRO chief G Madhavan Nair and former president of the Travancore Devaswom Board — the governing body of the Sabarimala temple — G Raman Nair. The other prominent individuals embracing saffron are former women’s commission member; Dr Prameela Devi, Janata Dal (Secular) Trivandrum district vice-president; Karakulam Divakaran Nair and Malankara Church functionary; C Thomas John.

Against all odds, the BJP has managed to gradually increase its vote share in the state of Kerala, but is yet to make a major impact on a political note. The lack of trust and confidence of the voters in BDJS need to be examined. The public perception of BDJS is that it is a short term bet and BJP need to change it. There is some good news of the BJP as well. Unlike LDF and UDF, the state unit of BJP is not devoid of infighting and groupism. Although main stream media outlets in Kerala are highly Anti-BJP, but the proliferation of Social media has helped the party to overhaul the damage done to a certain extent. Given the grass-root level strength of RSS and popularity of Modi among the youth, pulling off a historic victory may not be an impossible task but it’s not an easy one.

While Sadguru bats for stricter action, Delhi govt. sits on files to save Tukde-Tukde gang

Hatred for PM Modi in the name of championing democracy, The Economist’s biased stand exposed completely

BIGO – The Video broadcasting major banks big on India, to pump in $100 million