The Hon’ble Supreme Court of India has time and again come up with bold and historic rulings which in part explain why the general public reposes greater faith in the Judiciary when compared to the Executive and the Legislature. But the latest verdict declaring Talaq-e-Biddat (Instant Triple Talaq in Islamic Law) to be unconstitutional and setting aside the infamous practice is certainly one of the path breaking judgments in India’s independent history and arguably the biggest personal law reform pushed through by the Judiciary since the Shah Bano case. Thus, putting to rest a long controversy and banning an obnoxious religious practice violating women’s dignity for centuries.

In this Article, we discuss the grounds on which the apex struck down the controversial Triple Talaq practice, its political ramifications and how it is incumbent upon the legislature to make sure that the archaic Islamic laws are completely overhauled in accordance with changing social needs and upholding women’s dignity.

Talaq even though commonly translated as Divorce under the English Law is a somewhat different concept. The very crux of Talaq is the husband’s unilateral, arbitrary and whimsical power to annul his lawful marriage without any reasonable cause or even an explanation.

There are three types of Talaq in the Islamic Law:

The respondents led by an acclaimed counsel who also happens to be a prominent leader in the oldest political party of India raised several objections including the argument that since the practice is an old one it confers validity on the practice and the Muslim men have a right to exploit their wives. These contentions were rejected by the five-judge-bench with three judges ruling against the conservative practice. The hon’ble Supreme Court observed that where Article 14 and Article 21 were in conflict with Article 25 the former should be given preference over the latter.

Chief Justice Khehar and Justice Nazeer differed from the other judges and abstained from banning what they themselves admitted is a ‘sinful’ practice on two broad grounds:

Therefore, the dissenting judgments seem to be erroneous for a practice which is agreed to be sinful, un-Islamic and most importantly violative of the Fundamental rights of Muslim women cannot be saved on the premise that it forms a part of the Muslim Personal Laws.

Prime Minister Modi and the rising BJP star Uttar Pradesh CM Yogi Adityanath have raised the issue of archaic Triple Talaq several times. The Hon’ble Supreme Court judgment instructing the government to bring a bill on this matter also presents an opportunity for the Government to go hammer and tongs. They can successfully push through a highly reformist law or at least confront the opposition arguing that while the Government wants to implement the Supreme Court Order in letter and in spirit the Opposition is acting as an obstacle. Even though Talaq-e-Biddat is gone for good even other forms of Talaq do not make a lot of sense in the present day world as they leave the Muslim wife at the mercy of her husband even though revocable Talaq-e-Ahsan and Talaq-e-Hasan vest an arbitrary power in the husband. 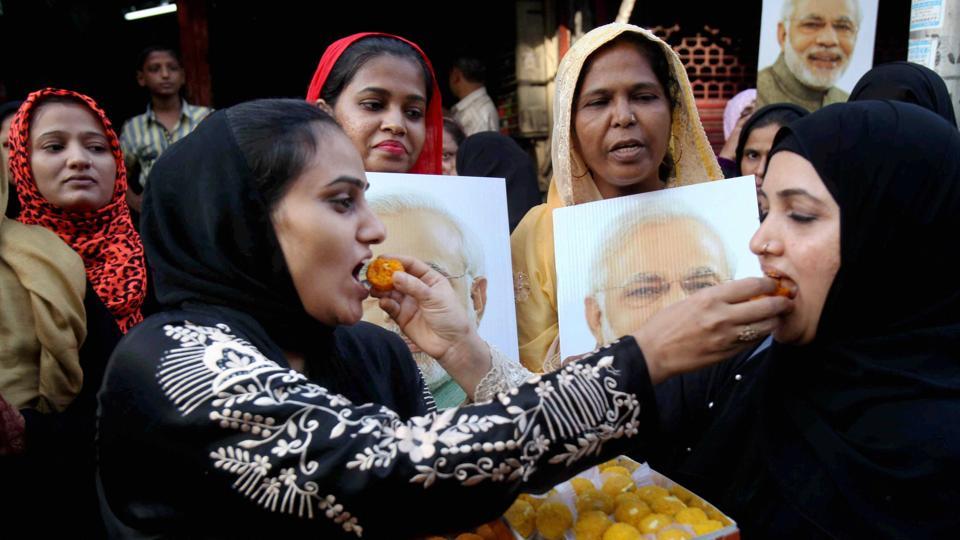 Moreover, the Muslim succession laws are highly biased towards men with Muslim daughters being entitled to only half of what their male counterparts receive in succession. It is now incumbent upon the present Government and the Parliament to bring about successive laws and bringing the Muslim law at par with the modernized Hindu law.

This also marks a pathbreaking moment towards a major BJP agenda and a constitutional imperative, the Uniform Civil Code.

It took us a little more than 70 years to realize and declare that religious conservatism and orthodoxy is not superior to women’s dignity. The Muslim husbands no longer have the power to throw out their wives in one go. Way back in the 1950s the then Prime Minister of India Nehru and the first Law Minister of India Ambedkar had shown great impatience to overhaul the archaic Hindu laws and tilt them in favour of the Women and despite several protests and insecurity among the Hindus the Hindu personal laws were overhauled by successive legislations.

When confronted with the question of similar reforms in still more chauvinist Muslim Law, the then Prime Minister cited minority insecurity and fears created by the events of Partition as a reason of delay in transforming the Muslim laws. However, it was promised that when the situation is ripe there will be similar reforms in the Muslim personal law. But the successive governments which actively engaged in minority appeasement and vote bank politics failed to deliver on this promise and the legislature of this country let down the Muslim women of India. Finally, the Rajiv Gandhi led Government mercilessly broke this promise when it overruled a Supreme Court judgment which had provided the right of maintenance to Muslim women beyond the period of Iddat by bringing a law overruling the judgment.

We cannot expect the Hon’ble Supreme Court to single handedly transform the Muslim law the baton now passes on to the Parliament to ensure that centuries of injustice to the Muslim women is undone.