by Animesh Pandey
in Cinema
1 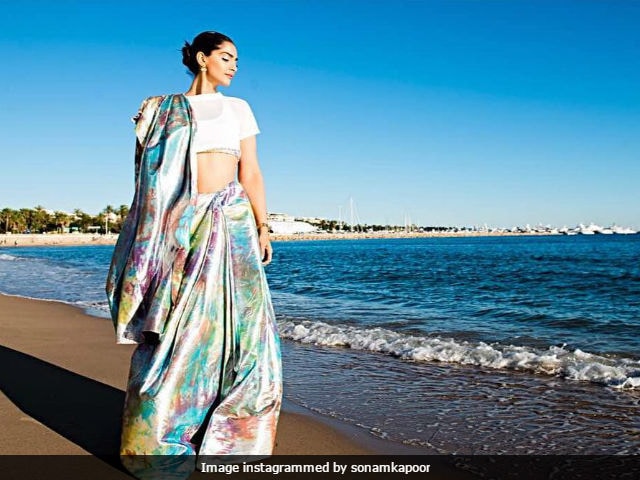 You would be, for it’s the Cannes fever all over the Indian media. The Indian media, probably never on the right place at the right time, is now busy covering the 70th anniversary of the world famous Cannes film festival, which is a close equivalent of the Oscars when it comes to apparently rewarding the best of the world cinema, being held at the coastal beauty, Cannes.

The celluloids, as well as the popular English dailies, are replete with snapshots of Indian celebrities wearing some rather weirdly fashionable dresses and gowns, which they describe as high fashion, or if we say summon the inner Shashi Tharoor it’s haute couture.

Truth be told, if there is something to learn from the Indian media, its the art of making a trivial thing into a thing of unparalleled extravaganza. While the country is mired between the problems of Triple Talaq, cross border terrorism and Naxalism among other, our media is busy covering different angles of the gowns actresses wear, enough to make curtains and coats from.

Why do we cover this?

Indian media : To show the adequate representation of India at Cannes.

Only the rarest and the best are rewarded, and on an honest note, there is no Indian movie that can even match their levels, Bahubali series being a sole exception altogether.

It’s been years since any Indian or his/ her masterpiece has been honored at the Cannes film Festival, the last such instance being The Lunchbox being awarded the Viewer’s Choice Award in 2013. We won the Grand Prize or the Palm D’Or only once, that too way back in 1946. As such, we stand nowhere close to the world standard of cinematic experience. Yet, like certified fools, we look forward to this festival, ogling at our favorite actresses.

I don’t know why Indian media is so much after the Cannes film festival, as if its a serious matter of life and death. If we ourselves competed on an earnest note, maybe it could be so.

However, we tend to forget that this is the same Indian media, who’d care two hoots before glorifying a trash like Raees, and tried to forbid us from watching a classic like Bahubali. But that is for another day. Urban Naxals: The most dreadful criminals of modern India

“1962 WILL NOT be repeated” India’s bold message to China