From a Nonentity to the Matriarch of the Grand Old Party: The Journey of Sonia Gandhi 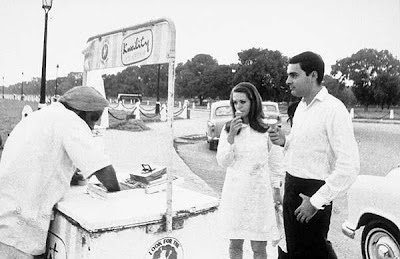 n its edition of 17th May, 2004, Times, London reported, “Mrs Gandhi was an 18-year-old student at a small language college in Cambridge in 1965, making ends meet by working as a waitress in the Varsity restaurant, when she met a handsome young engineering student.”

The Times, of course, is talking about Rajiv Gandhi and his wife, the pretty woman from Luisiana, Italy who would go on to become one of the most ruthless politicians in the history of the Indian National Congress, revered like the Holy Mother of Jesus Christ by her party men (read sycophants) and hated by a significant percentage of people, both from the opposition and the citizenry.

Edvige Antonia Albina Màino’s (Now Popularly known as Sonia Gandhi) journey into Indian Politics did not occur in a linear curve. The journey of the woman from an obscure Middle-class family in Italy to becoming the most powerful leader of the largest democracy in the world is riddled with a series of tragedies and coincidences without which she would never have found herself embroiled in the treacherous grounds of Politics.

During Rajiv Gandhi’s tenure as Prime Minister, Sonia Gandhi played the role of the Elegant Hostess and she played it well. But not even then would it have crossed her mind that she, one day, would have to play a pivotal role in the affairs of the Congress Party.

On May 21, 1991, however, Sonia Gandhi’s life was turned upside down when Rajiv Gandhi was assassinated by a Suicide Bombing in Sriperumbudur in Tamil Nadu. It was only after Rajiv Gandhi’s death that the Congress for the first time sought active participation of Sonia Gandhi in their party affair. However, the wife of the late Prime Minister declined their request several times, as many times as she could, before seeming vain.

And when it seemed that the Indian National Congress was in an inevitable decline and their primary opposition party, the BJP, was fast gaining ground, Sonia Gandhi realized she could no longer afford to turn down the offers of her husband’s partymen and keep herself away from Indian Politics.

With Sonia Gandhi finally in the Indian National Congress by the end of 1997, it was only a matter of time before she became the Party President. In fact, she was offered the President post after only 62 days of membership by the sycophants of the Nehru-Gandhi dynasty which abound in the party. And ultimately, the sycophants staged a massive constitutional coup to remove the then President of Congress, Sitaram Kesri unceremoniously from his post.

Under Sonia’s leadership, the Indian National Congress faired pretty well in the next General Elections which the NDA ultimately won and finally in 2004, Sonia Gandhi ultimately led the UPA to victory. Then perhaps, Sonia Gandhi, being the shrewd politician that she is, it was better to rule from the shadows than from the front and thus emerged Manmohan Singh as the Prime Minister of India for the next 10 years.

One must admire the Political acumen of Sonia Gandhi at the helm of affairs for the Congress who managed to forge alliances between parties whose ideologies at times were at Polar Opposites with the Congress’. In various periods between 2004-14 and some during the entire length, the Congress was backed by different parties such as the Left Front, All India Trinamool Congress (AITMC), AIADMK, All India Majlis-e-Ittehadul Muslimeen (AIMIM), Bahujan Samaj Party (BSP), RJD, PDP and numerous other parties. The ability to form alliances with such diverse parties shows the ability of the Congress to compromise with its principles to stay in power. Also, it needs to be mentioned that Sonia Gandhi’s cordial relationship with Harkishan Singh Surjeet was vital towards the Left supporting the UPA. This is in stark contrast with the NDA which has always found itself unable to form fruitful alliances with a wide range of parties.

Even the Mahagathbandhan which registered a thumping victory against BJP in the recently held Bihar Elections is a mark of the Congress’ willingness to play concede political ground to ensure the BJP doesn’t gain power.

The fact that so many political parties don’t have any inhibitions regarding forming alliances with her is a testament of her ability as a Political Strategist. That one shook always be open to compromises to ensure remaining in Power is epitomized by Sonia Gandhi. And not coincidentally, it is in direct conflict with the interests of the nation.

Natwar Singh, a 24 year Member of the Congress Party criticizes Sonia Gandhi vehemently in his autobiography, ‘One Life is Not Enough.’ He calls her “Arrogant”, “Deliberately Capricious”, “Machiavellian”, a “Prima Donna” and even calls her behavior “Vicious” and “Venomous.” In short, everything that makes for a heartless hardcore politician. Natwar Singh even goes on to say, “Not even a leaf moves in the Congress without her knowing.” He also says Sonia Gandhi never forgot a slight and never forgave a betrayal. She was an authoritarian leader who wielded an Iron Grip over her subjects and used her power to the fullest. She even had moles in every ministry as Natwar Singh claims. And lending support to Sanjay Baru’s claims, he affirms that all files of the PMO went to her for Clearance.

Unfortunately for Sonia Gandhi and fortunately for the rest of us, it all went down for her during UPA-2. For the Congress’ severe anti-Hindu policies and blatant acts of minority appeasement, the dissatisfaction in some sections within the country was rising and with the revelations of a series of scams which shook the very foundation of the nation, it was all but guaranteed that the Congress would be voted out of power.

The India Against Corruption movement led by the likes of Kiran Bedi, Anna Hazare and the only politician to hold a certificate of honesty, Arvind Kejriwal played its own part to ensure Sonia Gandhi didn’t escape with the thuggery they were pulling off. And then, Narendra Modi emerged, talking about lofty dreams and honest promises, tearing apart the Congress with his vicious rhetoric and humor and put the final nail in the coffin. Or so it seemed then.

One wonders how would History remember Sonia Gandhi. As a person who strengthened the party with her iron whip and sycophants when it was seen to be in the decline during the 90s or as the Party President who led the Congress to their worst ever performance in the Lok Sabha elections? As a woman who made a name for herself owing to her shrewd cunning and vicious politics or as a woman who gained power by virtue of her marriage into the right family? Considering the political affiliations of India’s liberal historians however, I wouldn’t be too surprised if she is depicted as the second coming of Florence Nightingale.

Sonia Gandhi at once is the longest serving President of the Indian National Congress and it was under her that the most scandalous scams occurred in the country. It was under her that the most blatant Minority Appeasement politics was played by the Congress and that is saying quite a lot. From being ‘Desh ki Bahu’, she has digressed to becoming the most hated person in Indian Politics and that in itself is quite an achievement considering India boasts of the likes of Lalu Prasad Yadav, Mulayam Singh and Azam Khan in its ranks. Another fact that bewilders me is the fact that Narendra Modi is often ridiculed by the ‘Intellectual’ elite due to his English but I have heard absolutely none of them making fun of Sonia Gandhi for her heavily accented Hindi. No offense but Sonia Gandhi makes Katrina Kaif’s sound melodious and that is quite a statement to make.

All political differences aside, the very best wishes to Sonia Gandhi on her birthday and right now, with Subramanian Swamy after her and her being on shaky grounds, she needs loads of it. But as the great men say, “Truth will out!”

When one looks back at Sonia Gandhi’s past, one can’t help but feel these are the kind of coincidences that make people believe in fate. There have been quite a few tragedies in Sonia Gandhi’s life but perhaps the greatest tragedy of all is that her son is famous all over the country as Pappu and even Kamaal R Khan makes more sense in his movie reviews than Rahul Gandhi does in his speeches. However, the most imminent concern that Sonia Gandhi faces is of course the jail term that awaits for her in the near future if Subramanian Swamy has his way and apart from that, to oversee the Gandhi Dynasty decline into Political Irrelevance due to her inability to develop an able heir.

Everything said and done, From the entire Frustrated Indian Team, a very Happy Birthday to Sonia Gandhi!

Who’s afraid of Dawood Ibrahim? Not the ones who took part in this auction