by Rahul Gupta
in History, Indology
0

In the Saptanga Theory of Statecraft, among the seven limbs of the state, Kautilya gives key importance to Durg (Fort). He argues that a Durg provides institutional support to the management of statecraft. Fort helps in the preparation of war and consolidation of powers and is a symbol of the state’s offensive and defensive power capabilities. In history, every war starts with the attack on a fort and ends with the siege of a fort. The power of the kingdom lasts till the time a king is able to protect his fortress.

Similarly, Kalinjar Durg/Fort situated in the Bundelkhand region of Banda District of Uttar Pradesh, has assimilated infinite stories of attack and destruction. The strategic location at the end of the Vindhya Ranges provides it with complete control over the Bundelkhand plains. The geographical location of the fort further made it the centre of attack, and capturing it became a symbol of power. There are infinite stories of the war that the fort has assimilated.

Kalinjar Durg – The destroyer of time and death

The significance of this place starts with its name Kalinjar. It is made of the word Kaal which is death or time and Jar which is destruction. The complete meaning of Kalinjar is the destroyer of time or death. It is said that after the Samudra Manthan, Shiva consumed poison. Suffering from the poison he came to Kalinjar and defeated the Kaal and achieved victory over death.

The name of this fort has changed multiple times according to the significance of the period. It has gained fame as Kirtinagar in Satyug, Madhyagarh in Treta Yuga, Sinhalgarh in Dwapar Yuga and Kalinjar in Kali Yuga.

In around the fourth century BCE, it was annexed by the Nanda empire of Magadh and remained under the suzerainty of Mauranyan king Chandragupta and Ashoka. After the decline of Magadh, the region was captured by the Sunga king Pushyamitra Sunga and later the throne of Kalinjar shifted frequently from Kanvas to Kushanas and Naga to Guptas.

Also Read: Anaimalai Hills: History, Overview and How to reach

From 600 to 700 AD, northern India was under the constant power struggle of different clans of Rajputs. In the struggle, the rulers of Kalinjar also changed from Gurjara-Pratiharas to Parmaras and Chauhans to Chandelas.

Throughout history, Kalinjar Durg remained a symbol of power for Rajput kings. The significant part of the Rajput was that the aesthetic beauty and grandeur of the fort were constantly improving. Rajputs were one of the best fort makers in the world and their knowledge helped Kalinjar to become one of the toughest forts to conquer. 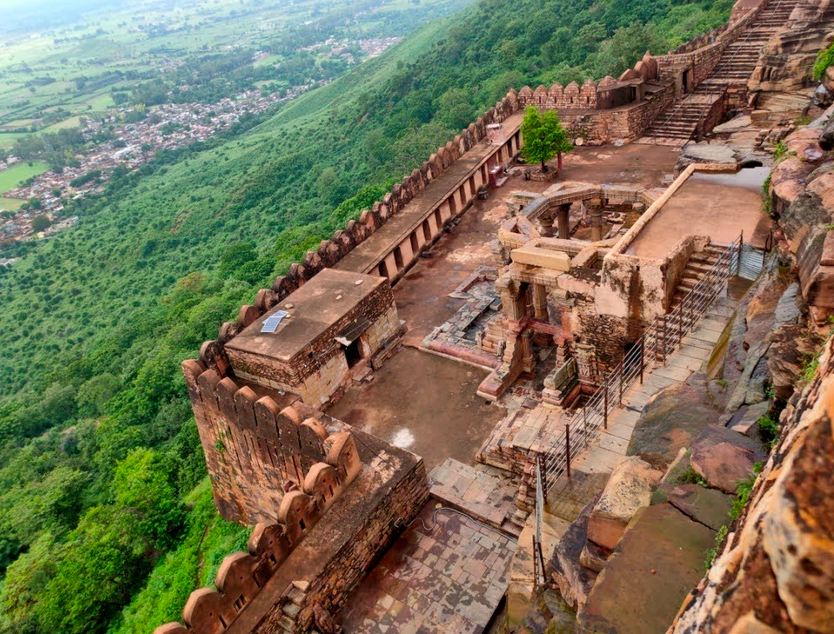 Also Read: The history of India’s Flags – From Kesariya to Tiranga

When the Chandel clan of Rajputs became powerful in central India, they controlled the Bundelkhand region and their centre of power was the fort Kalinjar. From the 11th century onward, attacks from the Ghaznavids and Ghurids became frequent and in this scenario, Chandelas was forced to fortify the fort Kalinjar and build a strong line of defense to save the kingdom.

Although the presence of Kalinjar is eternal, the grandeur to the fort has been added with time. Its erection as a fortress is attributed to the traditional founder of the Chandela dynasty, Chandra Varmma. The grandeur and beauty of the fort can be understood by comparing the architectural beauty of Khajuraho which Chandelas built.

Also Read: Who is credited for coining the term Meghalaya?

In the contemporary times of the Delhi Sultanate and Mughal rule, there were multiple instances of attacks on Kalinjar. Lodi-sultans also occupied Kalinjar for a short while but again reverted back to the possession of the Hindu King. The Mughal prince Humayun Mirza attempted to regain it, but the death of his father Babur in 1530 AD forced him to abandon this move.

After Fifteen years Sher Shah Suri besieged the fort of Kalinjar (1545 AD) but was killed during operations just before its capture. Finally, his son Jalal Khan ascended to the Royal throne at Kalinjar fort under the assumed title of Islam Shah. The Chandela-king and his seventy soldiers were executed soon after, thus ending the long Chandela rule over Kalinjar Durg.

Also Read: List and Explanation of 5 famous Festival of Uttarakhand

The bravery of Chandelas can be understood by the bravery of Rani Durgavati. The daughter of Kalinjar King Kirti Singh Chandel had a love marriage with Dalpat Shah Kachhwaha of Garha Kingdom. After the death of Dalpat Shah, Rani Dugravati got the reign of the Gondwana kingdom. Lured by the prosperity of Rani Durgavati’s kingdom, Islamist ruler Akbar sent his army under the leader of Asaf Khan to annex the kingdom.

Fighting bravely against the mighty Mughal Army and saving the pride of Chandelas, Rani refused to surrender. In the continuing battle, Rani forced the Mughal army to move back three times but at last, she was injured on the battlefield. An enemy’s arrow pierced her neck and she lost consciousness. Refusing to surrender to the Islamist Army, the Rani fighting bravely, took her dagger and killed herself on 24 June 1564. 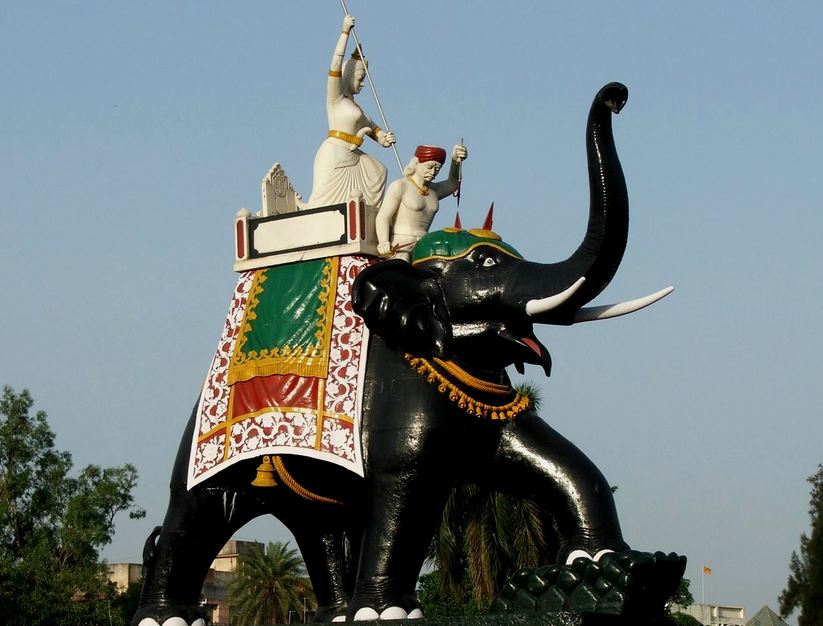 Mughals to Marathas, Marathas to The British

In a similar way, Kalinjar durg was attacked multiple times by the Mughal Army. Humayun attacked it and wanted to win it, but could not succeed. Finally, in 1569 AD, Akbar won this fort and gifted it to Birbal. After Birbal, this fort came under the rule of Bundel king Chhatrasal.

In the early 18th century, when Mughals were on the verge of decline, the Marathas were strengthening their power under the leadership of Peshwa Bajirao. The expedition reached Kalinjar and defeated the Mughal general Bandesh Khan of Allahabad. The fort was made the center of Bundelkhand under the command of Sardar Ram Singh Bhatt, Yashwantrao Bhatt, and other Maratha generals.

Maratha’s power declined after the third battle of Panipat (1761) and The British started to consolidate their powers after the battle of Buxar (1764). In the treaty of Surji-Anjangaon, Peshwa Bajirao 2 ceded Bundhalkhand together with the Kalinjar to the British after facing defeat in the Second Anglo-Maratha war (1803-1804).

From 1803 to 1857, the British fortified the place considering the strategic location, and commanded their consolidation in central India. However, during the First War of Independence (1857), a long battle between Maratha and The British, in which around 800 The British and 3000 Indians were killed, ensured the degeneration of the Kalinjar Durg.

Considering its historical and strategic importance, the fort was becoming inspiration for fighting. Due to this, The British decommissioned the fort and demolished its buildings to prevent further attacks. That’s how, Kalinjar – The destroyer of time and death itself relinquished with time. Assimilating infinite stories of bravery, attacks, war, and sorrow, Kalinjar Durg speaks eternal stories of the immortal and brave warriors of India.

From Nipah to Monkey Pox, why Kerala is a hotbed of zoonotic diseases?