HOME » Knowledge » List and Explanation of 5 famous Festival of Uttarakhand

Uttarakhand is known as ‘Devbhoomi’ or the land of the gods. It is a very famous pilgrimage site where people from all parts of India and the world come to take a dip in the spiritual and religious atmosphere. Fairs and festivals are a way of life in Uttarakhand and are celebrated with great pomp and gaiety by the people. Major festivals and fairs of Uttarakhand reflect the culture and traditions of this state and here we are going to discuss festival of Uttarakhand.

Phool Dei festival is one of the famous celebration and festival of Uttarakhand, it is also known as harvest festival. The festival here falls on the first day of the Chaitra season (March–April) according to the Hindu calendar as a celebration of the harvest and the coming of the spring season.

This is the time when flowers bloom and with it comes the seminal pudding called Dei which is made by the locals using jaggery, curd and flour. This dish is an integral part of the festival. Young girls are an integral part of this famous festival of Uttarakhand during which they distribute offerings of jaggery, rice and coconut while singing the folk song ‘Phool Dei’ from house to house.

Ganga Dussehra or Dussehra is a famous festival of the Uttarakhand that celebrates the arrival of the holy river Ganga from heaven. The festival falls on the Dashami of the Jyeshtha month and is celebrated for ten days as per the calendar in the month of May/June.

The beauty of this festival is witnessed at the ghats of the Ganges in Haridwar, Rishikesh and Allahabad, where devotees take a holy dip in the waters of the river Ganges to get rid of their sins for ten consecutive days. A grand Ganga Aarti is also performed during this time, in which devotees and tourists from different parts of the country participate.

On this day people worship the Sun at sunrise and take a bath in the river water. The local people prepare khichdi and til laddoos. Uttarayani one of the famous fairs of Uttarakhand, also takes place during this time.

Basant Panchami is also one of the famous festivals of Uttarakhand, it is the festival that celebrates the coming of spring season. It is an important festival in Uttarakhand which is celebrated at the end of winter in the month of Magha or January/February.

During this festival the local people wear yellow clothes, dance Chounphula and Jhumelia to celebrate the festival. Along with these, Saraswati, the goddess of knowledge and prosperity is also worshipped. Another attraction of this festival is the sweet rice which is prepared in almost all the households.

Also Read: Ramayana, Vedas and Gita will be a part of Uttarakhand school syllabus 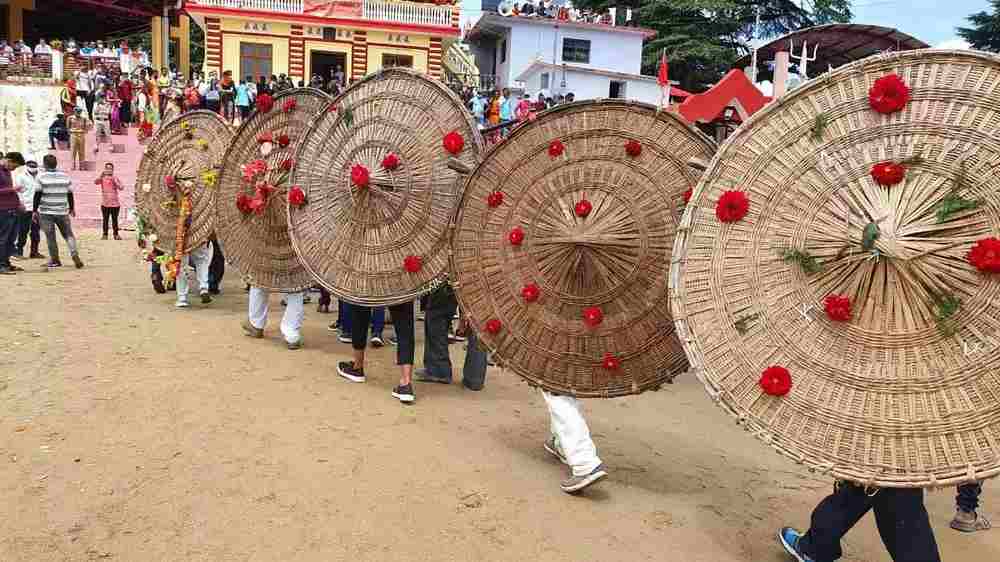 Bhitauli and Harela is one of the popular festival in Uttarakhand which is celebrated with great pomp and show. Harela is a festival that represents the beginning of the rainy season or monsoon. People belonging to the Kumaon community celebrate this festival in the month of Shravan, i.e., during July-August. Five grains are sown in this festival and harvested on the day of Harel.

In Sanatana Dharma, this festival commemorates the marriage of Lord Shiva and Parvati. This festival is also known as a symbol of brother-sister love and during this time, brothers also provide gifts for their sisters.