‘Where is the money?’ The Amphan cyclone has come back to haunt Mamata Banerjee ahead of elections

With elections around the corner, the Amphan cyclone scam has come back to haunt Mamata Banerjee once again. In an election rally in West Bengal, Union Home Minister Amit Shah alleged that Nephew (Abhishek Banerjee) and company siphoned off 10,000 crore rupees given to the state by the Union government for the fight against the destruction due to the cyclone.

“In the aftermath of Cyclone Amphan, the Narendra Modi government had sanctioned relief fund for people affected in cyclone Amphan. But Bhatija (nephew) and company siphoned off the money. Once a BJP government is formed here, it will form a Special Investigation Team to conduct an inquiry into the siphoning of funds and take action against the accused,” he said.

The handling of the Amphan cyclone was disastrous in West Bengal. And, most of the funds allocated by the centre for the welfare of the people and areas which suffered from the cyclone, were funnelled for other political activities.

Amit Shah also said that during the cyclone Kaphan, Mamata Banerjee was “busy trying to make her nephew the Chief Minister while Prime Minister Narendra Modi was pushing for the development of Bengal.” Amphan cyclone saw the same kind of trend and the people were left on their own without any concrete help from the state.

TMC seems to be among the most corrupt parties in the country. Leaders of TMC were found to be involved in the Saradha Group financial scandal. The scandal involved 200 companies and as many as 17 lakh people were cheated in the state of West Bengal and the neighbouring states of Eastern India. The scandal is being investigated by the CBI, the topmost leadership of TMC was found to be involved in the scam including two former Rajya Sabha members- Kunal Ghosh and Srinjoy Ghosh. Another top leader of TMC, Madan Mitra, former minister of sports and transport, was found to be involved in the scam. Home Minister Amit Shah accused TMC of being a party that steals the money sent by the centre for rehabilitation at the time of a natural calamity such as the Amphan cyclone. 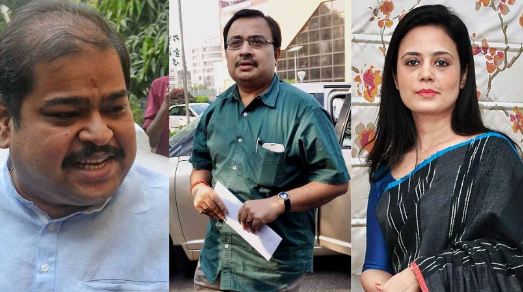 In the 2019 general election, BJP won 18 seats in the state out of 40. The party also won 40.23 per cent of the polled votes which is only 3 per cent less than 43.28 per cent votes bagged by TMC. In the last general election, for the first time, it was evident that TMC is not invincible. Mamata Banerjee is very anxious about the 2021 assembly election and therefore hired professional campaign strategist Prashant Kishore.

He is trying tooth and nail to ensure that the charges of corruption do not come into the limelight. However, given the scale and number of scams the party has been involved in, the BJP would surely love to highlight all the corruption case involving TMC.

The Saradha scam has not cooled off yet and the BJP brought the Amphan cyclone scam in the public eye. This is definitely going to hurt TMC’s prospects in the 2021 assembly election.

How To Activate International Roaming In Bharti Airtel?

“India is our most important partner,” Bangladesh makes it clear to China and Pakistan