INR 172 Cr investment everyday under CM Yogi: At this rate UP will leave every other Indian state behind

Uttar Pradesh, the once infamous state for law and order problems, due to which industrialists stayed away from making any commitment and investment, has become a darling of investors in the last few years. As per a report by Department of Industries of Uttar Pradesh, the state has received investments of 172 crore rupees per day in the last three years. 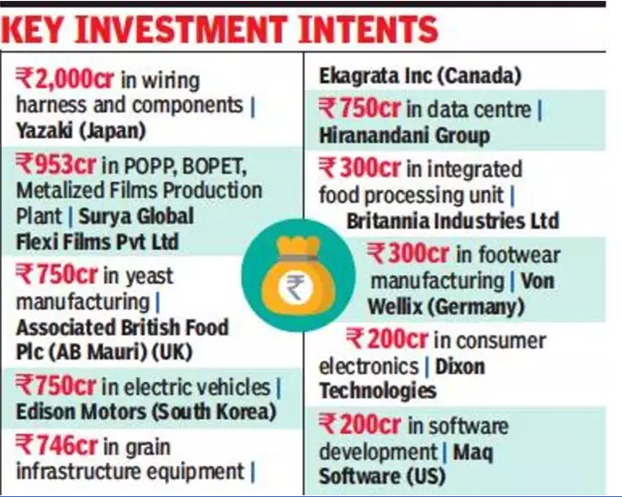 A few years ago, Uttar Pradesh was nowhere to be found in India’s growth story. The largest state of India with more than 20 crore population was largely known for exporting labour to the industrialized Western coast (Maharashtra, Gujarat) as far as the economy is concerned.

Despite being the largest state, it received a minuscule portion of the total Foreign Direct Investment (FDI) in India. Over the years since liberalization, FDI in India grew exponentially but it was concentrated only in Western and Southern part of the country. However, the story has changed in the last few years.

In FY 19, the National Capital Region (comprising Delhi and parts of UP, Haryana) overtook Maharashtra as the top destination of FDI in the country. In the first nine months of FY 19, NCR received 57,000 crore rupees in FDI compared to 56,000 by Maharashtra and neighbouring UTs. A large part of the investment in NCR went to Noida and Greater Noida–the IT and electronics hub on Delhi-UP border which comes under Gautam Buddha Nagar district of UP.

The presence of a decisive government and pro-industry policies has only accelerated the flow of investments in Uttar Pradesh in the last few years, and it is becoming a favourite destination for the investors. The Yogi government has organized various investor summits and expos in the last few years to attract private investment. And these events have been quite successful, with the promise of investment worth 4.68 lakh crore rupees in UP Investor summit and more than 70,000 crore rupees in the defence expo which was organized a few months ago.

Given the flexible labour laws and benefits like GST breaks, the state is emerging as a preferred destination for electronics manufacturing, textile and food processing industries apart from traditional sectors like IT and ITes.

Kanpur, the dying city due to collapse of leather industries, is now being rejuvenated and emerging as a textile manufacturing hub.

In food processing, Pepsico, Haldiram, and Patanjali have made significant investments in different locations of the state. The state aims to double up the MSME exports to 2.4 lakh crore rupees in the next three years from 1.2 lakh crore rupees as of now.

Uttar Pradesh has the existing capacity to replace China as the ‘factory of the world’ with a population of 22 crores and young demography. Unfortunately, the state had not had an investment-friendly government before, but with the arrival of Yogi, things have been moving rapidly. The Yogi government must be applauded for transforming the state from a nightmare for industrialists to heaven for law-abiding companies. We are hopeful that his untiring efforts for the state might soon bear fruits.