K Chandrasekhar Rao, the CM of Telangana, is scared of losing the Greater Hyderabad Municipal Corporation (GHMC) polls as the fight gets triangular. And seeing the impending threat of losing, the CM has announced a series of freebies for the people of the city despite worsening public finances of the state. Ahead of the civic polls set to take place on December 1, KCR waived electricity charges for shops of the city. Also, the water charges for the households within the city limits were waived off for usage up to 20,000 litres.

Bijli and Paani (electricity and water) are becoming a major issue in civic polls across the country and every political party promises free water and electricity since Kejriwal won Delhi polls on the same issues. However, this leads to worsening of the public finances of the state, and the distribution companies (Discoms), which are already the weakest link of the country’s power sector, are being increasingly burdened by irresponsible governments like that of KCR. 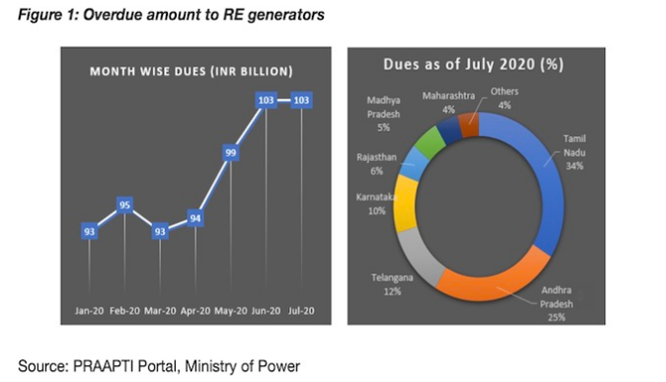 As per a report by Saur energy, discoms of Tamil Nadu, Andhra Pradesh, and Telangana account for 71 per cent of dues of renewable electricity generators. Despite repeated efforts from the Union Government to improve the finances of Discoms through steps like Ujwal DISCOM Assurance Yojana (UDAY) or liquidity infusion, the financial condition of these companies is only worsening, thanks to rogue behaviour of the state governments. Kejriwal set a bad precedent with the promise of free water and electricity and now the same strategy is being followed by every state’s government in order to win elections.

The public finances of Telangana are worsening and the total borrowing by the state exceeded revenue in the first quarter of this fiscal year. The public debt of the state stands around 2.3 lakh crore rupees, but the state government is not refraining from distribution of freebies in order to win the election. The city of Hyderabad is electorally very important as it alone accounts for around one-third of state’s total population and a loss in GHMC polls would ensure eviction of KCR from the CM chair in the next assembly election.

KCR is scared because a triangular contest between AIMIM, TRS, and BJP could tilt the equation in favour of the saffron party. A triangular contest in any region of the country where BJP is a player, helps the saffron party lead because the opposition vote bank gets divided while its core vote bank remains faithful. Therefore, AIMIM going separately would ensure that BJP’s victory in Greater Hyderabad Municipal Corporation (GHMC) elections as opposition votes would be divided among AIMIM, TRS, and Congress – which now is reduced to a marginal player, nevertheless, it would cut votes.

Presently TRS is the ruling party of GHMC with 99 seats out of 150 followed by AIMIM which only has 44 seats. BJP, a resurgent force in Telangana, is being helped by Telugu superstar Pawan Kalyan who agreed to campaign for BJP in the GHMC polls. “Election results in Bihar and Dubbak show that everywhere, in every corner of the country, they want the leadership of Prime Minister Narendra Modi. I hope Hyderabad emerges as a developed world city under the leadership of the Prime Minister,” Mr Kalyan said.

Read More: With Pawan Kalyan, BJP is all set to defeat Owaisi in his bastion

TRS is eying for Hindu votes as the majority of Muslim votes will definitely go to Owaisi’s AIMIM and BJP plans to replace TRS as the party of Hindus because KCR’s ‘secular’ credentials are a matter of public knowledge. The Hindus, who are regularly being oppressed by AIMIM’s party workers in the state, would definitely prefer BJP over TRS and therefore the saffron party is all set to triumph in the upcoming GHMC polls.

The GHMC polls will be held on December 1 and the counting is supposed to take place on December 4. With Congress being a spent force in the state of Telangana as well as in Hyderabad, the major opposition to the saffron party would come from TRS and AIMIM. While TRS is already in alliance with AIMIM in the assembly, both parties will be fighting the GHMC polls separately.