WHO’s goodwill ambassador is a world-famous singing star. She is also Xi Jinping’s wife. But WHO won’t tell you that

Chinese influence runs deep in WHO

World Health Organisation (WHO) has butchered its own credibility in the wake of the Wuhan virus pandemic by becoming a stooge of the Chinese Communist Party (CCP) and its sinister motives. Further adding to its dwindling integrity is the news of the Chinese President Xi Jinping’s wife Peng Liyuan and her mysterious addition to the WHO as one of the nine goodwill ambassadors.

“Ms Peng is the head of the Chinese Song and Dance Ensemble in the General Political Department of the People’s Liberation Army and ranked first-class in the civil service with the military rank of major general.” This is what the quizzical bio of Liyuan reads on WHO’s official website.

There was no mention of the other reason why Peng is so well known. For the uninitiated or the layman, she might come across as a normal singer who has made her mark around and therefore given the coveted position. However, the shady WHO has cleverly hidden the real qualifications of Peng Liyuan.

The information section of the WHOs website nowhere mentions that she is the wife of Xi Jinping, President of China, and the leader of its Communist Party and predominantly the reason behind her job.

The revelation that China’s first lady has been serving in such a prominent role will fuel pressure on the WHO, which has been criticized during the pandemic – sparked by concerns over its current boss’s close relationship with Beijing.

Her appointment at such a power position without adding her true credentials reeks of a bigger conspiracy. And it further gives weight to the theory that China is using her to push its soft diplomacy agenda and unleash a total control on major international bodies. The Chinese government is the second-largest contributor (10.8%) to the UN budget.

The choice of a ‘Goodwill ambassador’ should be made meticulously. WHO should choose people that actually champion the cause of what they are there to serve, not those whose appointments leave their commitment in doubt. And there are a lot of ink-stains on Liyuan’s credibility which makes us question WHO’s choice.

She is infamously known for a picture where she is singing to the Chinese troops following the bloody Tiananmen Square massacre in 1989 where possibly thousands were killed in a pro-democracy demonstration that was quashed ruthlessly by the red-authoritarian regime. 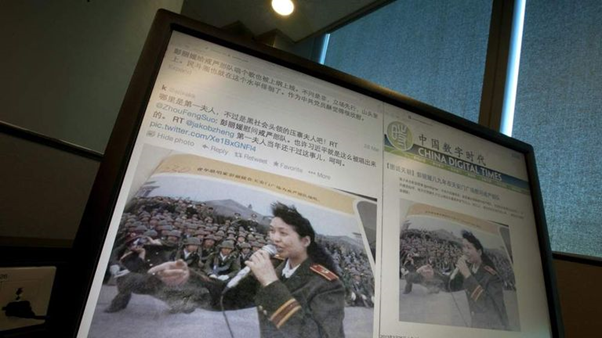 To-date not many Chinese know of the magnitude of the Tiananmen massacre as the state government and the state-owned media has kept them in oblivion. Any whisper or proof about the June 3 or 4 event is culled down to a tee in mainland China and around. 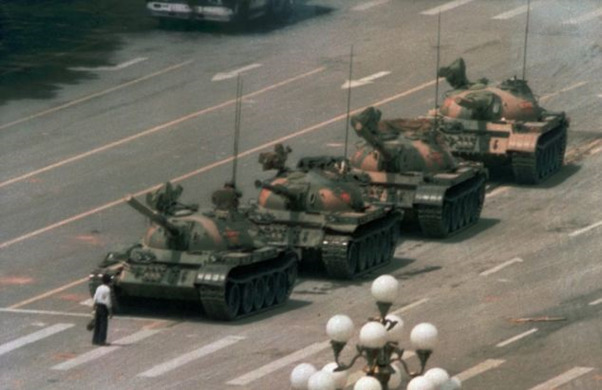 June 4 is nicknamed ‘Internet Maintenance Day in China’ and all sites go down fearing if they showed even a little something about the gruesome events of Tiananmen–the government will come down heavily on them.

The image was swiftly taken down of Chinese social media platforms but as is the case with Internet, nothing is ever deleted permanently here.

The image still does the rounds of internet routinely despite the Chinese doing their best to censor it.

The image is a living proof about Peng Liyuan’s involvement in the greatest human massacres of all times and therefore it is difficult to wrap one’s head around the fact that on exactly what grounds she was given this titular position. After all, the former singer has not given any performances since her husband took power.

However it should not come as a surprise to anybody given WHO has become a colluding partner for China amidst a global pandemic. It helped China fudge the numbers and hide the severity of the virus, came out with hara-kiri tweets like that of on January 14 where it claimed that the virus could not be transmitted from human to human.

Dr. Tedros and WHO did not pay heed to the advice of Tibet which had given mounting pieces of evidence about the virus as early as on December 31, 2019. And if it wasn’t enough WHO kept praising China for its efforts and called out nations like India when they stopped the air travel to China; saying the world was stigmatizing the Chinese.

Seeing WHO become a poodle of the Communist regime of China, the US president Donald Trump froze the funding of WHO and called it a ‘pipe organ’ for Beijing’s interests.

The appointment of Peng Liyuan raises serious red-flags over WHO’s working style and its ethics. Furthermore, it gives the proof that the Chinese rot runs deep in the global body of WHO which off late has become a playground for Chinese to unload their propaganda.