Rejoice dear taxpayers, there have been massive Income tax cuts

Finance Minister Nirmala Sitharaman presented the bahi-khata (budget) of the government today in the parliament in more than two hours speech. The middle class of the country was obviously glued to the TV to hear the announcement on income tax, which is what matters to them in short run. The entire budget speech and its fine print is for pink papers and economists to analyze. 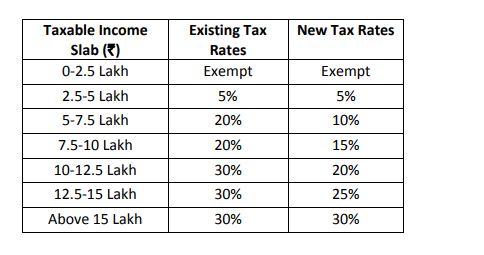 Income tax, the tax levied on the individuals and sole proprietorship businesses, is the most publicized tax in any country, as it is related to the middle class- the class whose demands the mainstream media ‘cares’ deeply about- and therefore, the call to minimize or abolish it, is repeated every year when the union government is about to present annual budget.

Contrary to popular opinion, TFI has always maintained that, deep Income Tax cuts are needed to revive the economy, and bring them on par with corporate tax slabs, because the sole proprietorship businesses pay income tax, too.

Income tax cuts will not only address the demand slowdown but also the investment slowdown. Almost 30 per cent of Personal Income Tax (PIT) is paid by Businesses, which are primarily in the MSME sector. Therefore, the abolition of income tax will lead to more investment in MSME sector, which will lead to job creation. The MSMEs are suffering since demonetization, and PIT cut will be the best step to address the issue.

The government brought down the corporate tax on the businesses at 23 per cent at the established corporates and 17 per cent from the new manufacturing units, and this step will help in addressing the investment issue, which is a fundamental issue with Indian economy since 2011.

The tax to GDP ratio of the country is around 17 per cent, and only 2 per cent of this comes from PIT. In 2017, commenting the collection from PIT, the then Revenue Secretary, Hasmukh Adia, said, “It is abysmally low. If you take the share of GDP, it is only coming to 2 per cent. This would probably be the lowest in the world. 2 per cent of GDP coming from PIT is very very surprising.”

Subramanian Swamy, the BJP Rajya Sabha MP and former professor at Harvard University, analyzed the problem with income tax very aptly in a speech at World Hindu Economic Forum. “Today, income tax is the most unbalanced tax in our country. There is no income tax in agriculture and low-income groups, and the rich hardly pay anything because of their chartered accountants. The working class, young entrepreneurs, start-ups are the most harassed. When income tax is abolished, the public will be very happy,” said Swamy.

The cut in tax will address the investment as well as consumption issue. Given the fact the revenue foregone from the tax cuts are estimated at 40,000 crore rupees, which is not even 0.25 percent of government’s total revenue.

Thanks to ex-Congressman Mahabal Mishra and Kejriwal’s greed, AAP is definitely losing the Dwarka seat

“Taxpayers won’t be harassed by authorities,” FM Sitharaman minced no words while declaring it

Kaushik Basu, Abhijit Banerjee and Raghuram Rajan – the three ‘intellectuals’ who are trying to present Rahul as a genius