Huge win for students of St. Francis College against a misogynist management

In what comes as a major victory to the students of Hyderabad’s ‘St Francis College for Women’, the college management on Monday withdrew the directive that made wearing ‘knee-length’ Kurtis mandatory for students. The students had been protesting against the dress code, which, they alleged, was an attempt at moral policing, since August.

The protests were held on Monday where students raised slogans in front of the main gate of the institute and also in its campus by holding placards that read ‘Remove the Dress Code,’ ‘The Only Issue is Your Mentality’, ‘Protesting to Educate You about Equality.’ St. Francis came in light for giving whole-hearted support to the sexist ways. The dress code came into effect on August 1st and several students have documented the conservatism.

#Hyderabad-More than100 students are protesting at the St. #Francis College in Hyd, against Moral Policing. Students tell me- they have been asked to wear ‘long kurtas’ to ‘not distract male faculty’ and ‘for better marriage proposals.’ ‘No negotiations’ -say students #Telangana pic.twitter.com/OVm9tB8oem

The students were asked to abide by the dress code in which students wearing Kurtis above the knees and short-length Kurtis over tight leggings were strictly banned from entering the college. The code also features additional guidelines like a prohibition on shorts, sleeveless items, and other similar outfits. Students were also pulled out from classes if found disobeying the diktat.

According to the students, the management is of the view that such dressing would distract the attention of male teachers and that “such girls might not get good marriage proposals.” 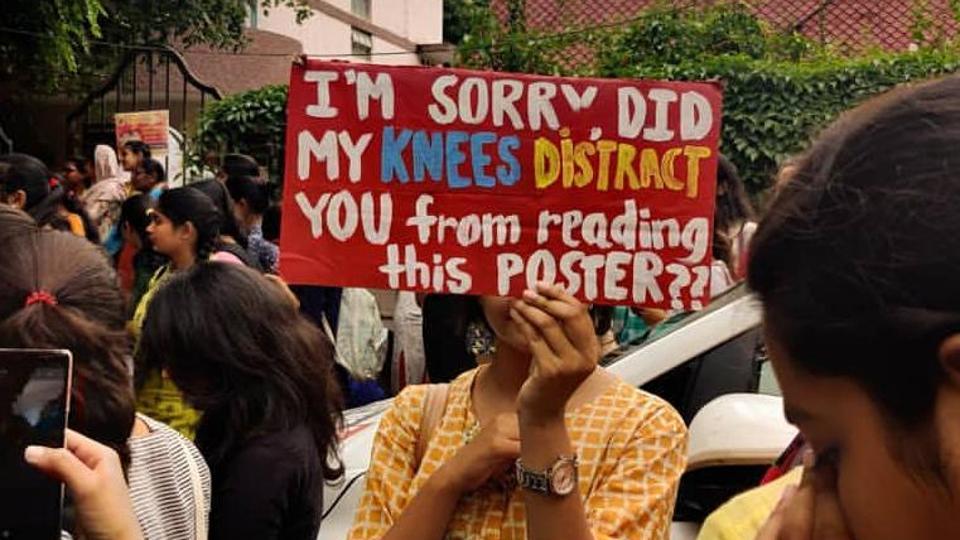 With the situation going out of hand, the management asked for student representatives to discuss over the matter and after prolonged negotiations, the dress code came to a halt.

“It is a girl’s college and not a co-education institution. Secondly, nobody can deny us our freedom to wear the dress of our choice and convenience. In what way the management is concerned about it? They should focus on providing quality education and not our dresses,” a student of the college said.

“At a time when we are talking about women empowerment, such a diktat is against the entire campaign,” one student was quoted as saying.

The contributions of women today have been exemplary and undeniable. From the Chandrayaan 2 mission which saw 2 women working on the forefront to PV Sindhu getting gold, women have proved themselves in every sphere and associating their character with their clothes is extremely retrogressive and misogynist. It’s high time that we rise above that.

How PM Modi, the second disciple of Chanakya, is following the rules coded by him to get back India’s ancient glory