In the last few years, promotional telemarketing calls and messages have among top issues Indians face every day. According to research by Truecaller, India is the second most affected country from spam calls. 96 percent of Indians get promotional messages and half of them get more than 5 messages every day. According to Rajan S. Mathews, Director General, Cellular Operators Association of India (COAI), “Existing rules require telemarketers to register their numbers and check the DND registry before making unsolicited calls. However, many unregistered telemarketers work outside the system. Even if customer’s report them, they quickly change their number which makes regulating them difficult.”

The nexus between telemarketers, handset manufacturers and telecom operators have made government regulations ineffective. Recently Telecom Regulatory Authority of India (TRAI) launched an app named DND 2.0 to stop the telesales from harassing the consumers. The consumer can report the telecaller through the DND app and TRAI takes the appropriate action. The regulatory authority also follows up the complainer and messages them about the action taken against the telecaller.

The DND app was introduced back in 2016 for Android. However, Apple refused to put the app on its application store. TRAI threatened the electronics manufacturer to ban Apple smartphones if the company does not follow the suit. Ultimately the company was forced to include the app in store by the end of 2018.

But the telemarketers, handset manufacturers and telecom operators find a way to game the system. The rating of the app on Google Play Store is 2.6 despite the usefulness and good user interface of the app. There are only 4 thousand reviews of the application and it is fairly possible that the nexus used its own people to review the app and keep the ratings low. The rating on the Apple application store is 2.9 and 168 people have reviewed the app. 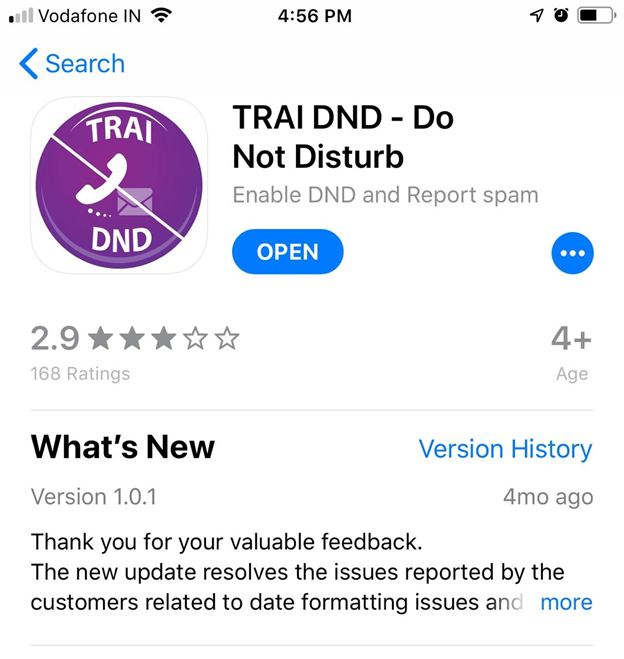 So far the nexus has succeeded in keeping maximum people out of the TRAI DND app reach. The consumers get unnecessary calls and messages from telemarketers and if people will become aware of this application, the nexus will achieve its purpose. The worst part is that the users are targeted on the basis of their customer profile, therefore, a customer with higher purchasing is more likely to get calls. Urban consumers get more telemarketing calls than rural ones. This also means that more productive people get more calls and their time is wasted due to telemarketers.

It is the collective responsibility of the government and the people affected due to telemarketers to popularize the application and rate it on the basis of usefulness. The powerful nexus between telemarketers, handset manufacturers and telecom operators could be broken through popularizing the app and millions of people would benefit from this.