Unbelievable: The Tectonic Shift in Narrative PM Modi has Created and Sustained in the last 4 years

by Dr. Pariksith Singh
in Opinions
0

Students of management might find the present Prime Minister of India, Narendra Modi, fascinating. Over the last three years, he has brought some interesting changes to the style of governance in the country. Perhaps there is nothing new in his methods. But employing them at such a large scale, particularly in a country like India, has been a unique initiative.

What do we see in his style from half a world away that is so special? I attempt to review this without any discussion of the merits of demerits of his ideology or politics, at least for the present. But I must admit I am amazed with the tectonic shift in narrative PM Modi has created and sustained in the last 4 years.

The first shift we see is obvious. PM Modi has consolidated tremendous power in his own hands, delegating important decisions to the Prime Minister Office (PMO). Even his own ministers are sometimes kept out of the loop of decision-making. Such an approach has obvious advantages and disadvantages. Needless to say, it would be employed by a person supremely confident of himself and his abilities to take complete charge of a vast and complex nation. It allows him to move quickly and effectively, without the dithering and red-tapism that is the hallmark of Indian bureaucracy. A clear thought process is essential and mastery of facts is critical for such an approach to succeed.

Does PM Modi have the mastery of all the data in a rapidly changing world? This is an open question. For that to happen, he has to surround himself with only the best and most capable in terms of execution. This too is something he has to guard against. Confidence can become cockiness very easily, and for that not to happen, one must necessarily keep one’s ears to the ground and fingers on the pulse.

Centralization is one of the tendencies that has affected India since time immemorial opposed equally by its counterpart, i.e., a proclivity to decentralize. Sri Aurobindo in a masterly essay has pointed out how even in the Mahabharata these centripetal and centrifugal incli-nations affected the constitution of the armies of Pandavas and Kauravas. We see the same forces at play in the federal structure of the nation today. What a drastic difference from the near-total abnegation of responsibility by the Manmohan Singh government with its irrecoverable consequences, this consolidation of decision-making and power! 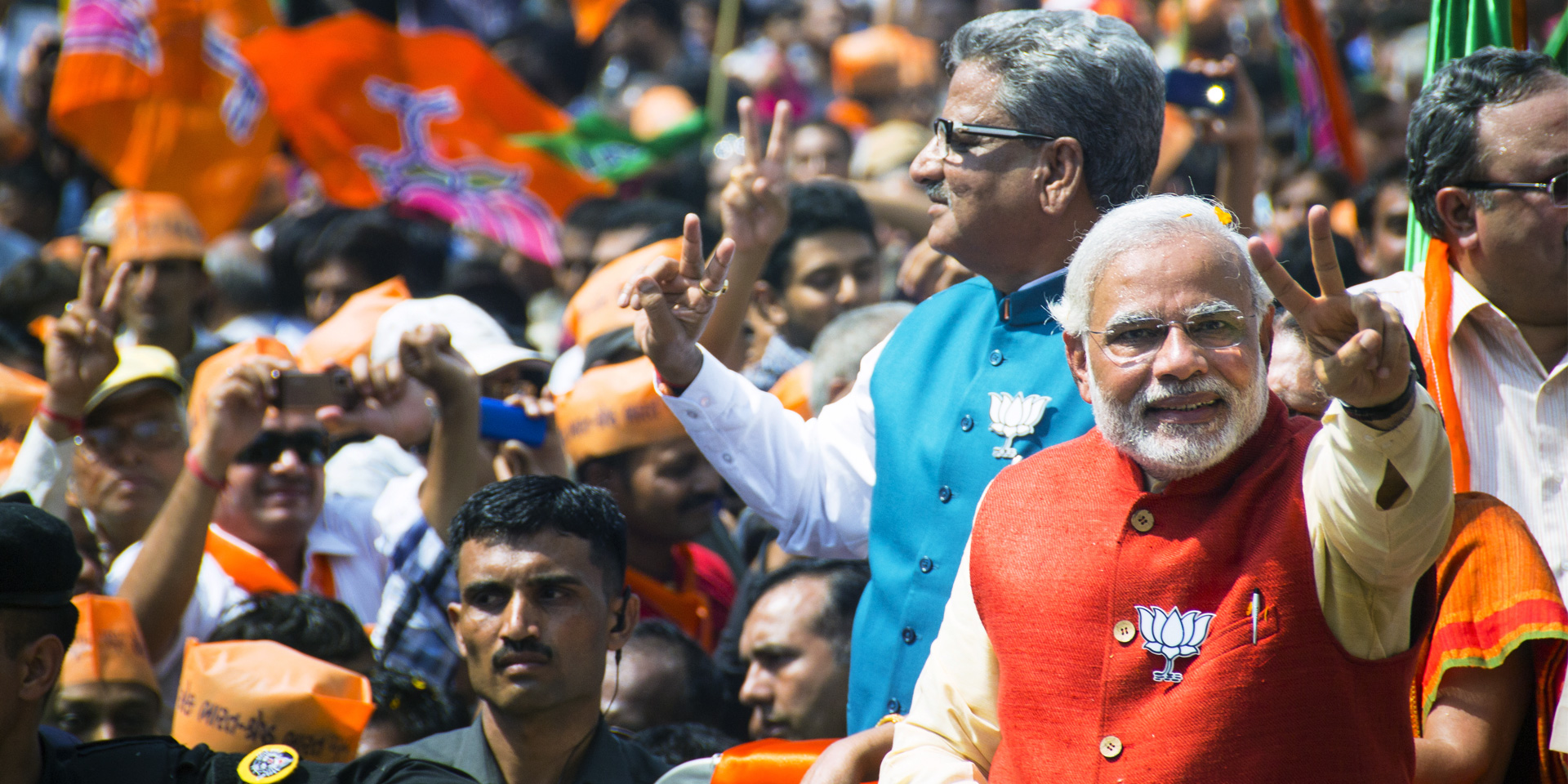 Along with this centralization of control comes his ability to formulate and articulate his vision strongly. If one looked at PM Modi’s ideology strictly from a right versus left perspective, one would be utterly confused. He is neither right nor left. PM Modi strongly speaks of being pro-business while at the same time being pro-poor and pro-backward. He is a socialist and a conservative. But most of all he is a master-strategist and is able to move faster than his rivals can think. Freedom from ideology gives him a tremendous freedom of movement and ability to rid himself of baggage quickly. This may allow him to see reality as it is, unadulterated by biased perspectives. In this manner, he has co-opted the Left and the Right and has created a platform uniquely his own, beyond even the range of Rashtriya Svayamsevak Sangh.

This fearlessness and self-confidence can make him deaf to the sounds of caution. Even if he errs, he takes responsibility and stands up for it, as we saw with demonetization, a daring move if I ever saw one. Again, I am not discussing the pros and cons of the whole move here.

India desperately needs a strong leader. The overall structure at present allows for decisiveness and fast-paced execution. If mistakes are made, they can be fixed. But analysis paralysis is not an option. The momentum to build road and power infra-structure, the rapid growth of Jan-Dhan accounts, building up of the armed forces, and rapid growth in relationship-building internationally are obvious results of such an approach. However, errors in individual judgment or advice can also cause possible faux pas such as the visit to Nawaz Sharif’s home on a personal visit. One may hope that PM Modi gets the most sane and sage advice in the future and that he starts building a team of strong leaders at the center so that delegation of responsibilities becomes more transparent and non-hierarchical.

We have seen PM Modi being criticized over the last three years by Arun Shourie and his ilk for not focusing on policy. But PM Modi is not a man of policy although he is not uncomfortable announcing them. He is man of execution. India does not need any more policies.

We have had enough of them over the last 70 years. What we need now is action on the ground. Such a relentless focus on accomplishing real gains seems to his focus rather than enunciating more theories. This is a leader who acts from his gut and, what in yogic terms is called, the vital or prana. Such leaders are impatient with academic approaches and the contrast could not be more glaring when one puts him alongside a man like Manmohan Singh. Modi has no difficulty being a politician and a statesmen at the same time. In fact, he relishes it. One only hopes fervently that he does not mix the two.

The push against inertia and lack of passion is a hallmark of such rajasik intensity. His focus on essential details and connection with masses is another sign of this personality. The same impulse is seen in his drive to reduce the number of laws in the country. In my own experience with trying to scale philanthropic endeavors throughout India, it is painfully clear that we have all gotten encrusted with useless regulations which stifle enterprise and creativity. His approach to reduce bottlenecks is absolutely welcome.

PM Modi is obstinate and tough as nails compared with the leader in the opposition who needs to go on foreign junkets every few months to perhaps recuperate and relax. If the stories about working 16-18 hours a day are true, to me that is another confirmation of intensity and obsessive energy. Running a large nation is no joke and one needs totally dedicated individuals burning with fire and, hopefully, light.

If one may add, making decisions at this level is not enough. Getting constant feedback is a sine qua non of good management. And this can only happen when the person-in-charge is compulsive with details and driven with maniacal energy. Having said this, PM Modi is not random and arbitrary but systematic and methodical if one studies how he has undertaken the economic initiatives starting from expanding the Jan Dhan accounts on a massive scale to demonetization to Goods and Services Taxes and Benami properties.

The other interesting aspect of his public persona is his connection with digital strategies, what to me is most heart-warming. Here is a man who belongs to the generation that used hand-written letters and operator-managed phone systems for communication. And now he is the expert on twitter and other social media and is able to talk about a digital strategy for the nation with clarity and conviction.

I have also been impressed with his promotion of a younger generation of leaders, such a Fadnavis, Pradhan, Sitharaman, Piyush Goyal, Yogi Adityanath, etc. This is in stark contrast to the approach taken by Indira Gandhi and Sonia Gandhi. They never liked or allowed young strong leaders to come up within the party and, if they did, they liked to keep them dependent and vulnerable. And we can see the effects of such a self-depleting strategy. Congress as a party is bereft of leaders now and strong and visionary individuals have all been replaced by sycophants. For a nation with such a large population, it was and is essential to create a new crop of dynamic men or women of integrity who can bear its responsibilities on their shoulders. 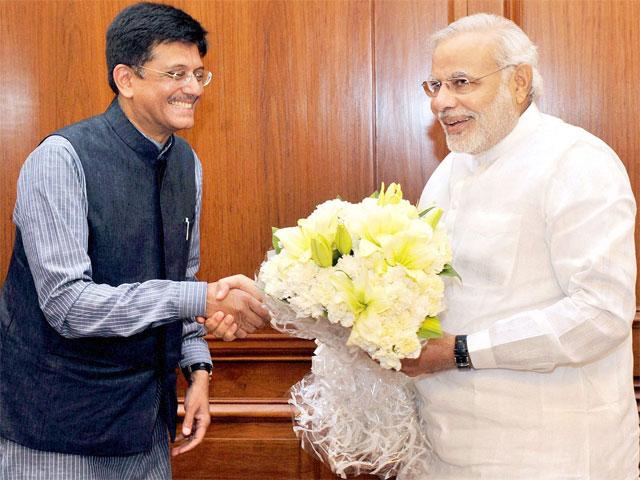 Another aspect of his management style, which I have appreciated is focusing on the most essential activities that will have a wide range of effects. For example, the focus on infra-structure and bank accounts for everyone. We do not need to do everything perfectly but leverage only a few critical levers or ‘tipping points’ that will have an extensive spinoff. What Modi has done with his style is that it has given confidence to the people to expect, nay demand, more from the government and politicians. And also expect a style of execution that shows vivacity and impetus.

Is PM Modi the right man for India today? Anything is welcome after the stupor and crass nepotism of the previous regime. The society has a right and responsibility to challenge status quo and shake the institutions when they become unresponsive and corrupt. I hope and pray he is able to accomplish at least what he has promised constantly.

The bigger query may be what makes PM who he is today? I believe it is a sense of what India is, what it stands for, what it was or can be. One does not need to subscribe to this nationalist vision. And yet, one can’t help respecting the self-abnegating and selfless nature of his dedication to the ideals of a resurgent India. Whether such a renaissance of India is possible due to or despite the efforts of one man who is on a mission is a question that will need to be decided by time and, perhaps by all of us, rather than just a lone crusader.

A US Based Physician noticed tremors in his hands. He Turned to an Ancient Indian Cure. The Result was Magical.

Pariksith Singh, MD is the CEO of Access Health Care, LLC, a multi-specialty group practice of physicians in Florida, USA, comprising of approximately 150 providers and 100 locations. He grew up in Jaipur, India for the first 25 years of his life and takes a keen interest in the future of management and politics.