The 3 Best Cricket Captains ever!

by Kishore V Ramsubramonian
in Cinema
0

As Kohli leads our team today to one series victory after the other, the one question that keeps coming up among cricket-premis is who is the best captain ever. While a captain’s success could be judged by any number of indices from his victory share of the matches played, to the number of world cup wins, or being on top of the ICC rankings or overseas victories, I look at primarily the kind of turnaround he brought to the team from being an underdog to world beaters. And more importantly, how he achieved that.From that point of view, I would like to present you three of my all time favourite cricket captains from the time I started watching cricket, so obviously I am excluding those who stopped playing cricket before the 1980s. So, here is my list of three best captains ever: 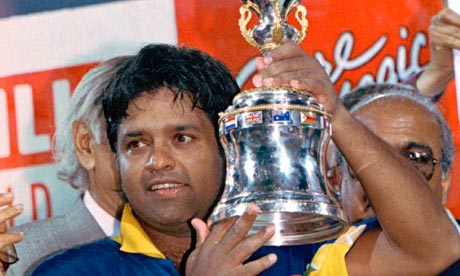 Arjuna was one of the most wily cricketers that I have ever watched. Not only as a captain, but as a batsman too he had impressed me, considering he didn’t have an athletic build and being a slow runner between the wickets. The way he would pace or stroll for his singles or glide the ball through slip cordon, to conserve energy when playing long innings was brilliant. Srilanka before 1996 were minnows in cricket though they had some world class players like Roy Dias, Arjuna himself, and Aravinda. But they were not so good in the bowling department, until they found Murali, Vaas combo. But what Arjuna did was remarkable to capitalise on their strengths in batting and to take advantage of the new rules in field restrictions in the first fifteen overs that were introduced then, in changing the batting line up and making the opening overs as literally the slog overs. He brought Sanath Jayasuriya and Romesh Kaluwitarana (wicket keeper) on top of the order to give an explosive opening combo, that changed the way the one day games were played until then. Sanath went on to become one of the most feared opening bat since then. Remember, he started playing as a left arm spinner who used to bat at No:6 or 7. There were many other things that I can say about Arjuna’s captaincy, but his leadership that took Srilanka to their first ever victory in World cup truly transformed them to be a super power in cricket, and helped them sustain that status. 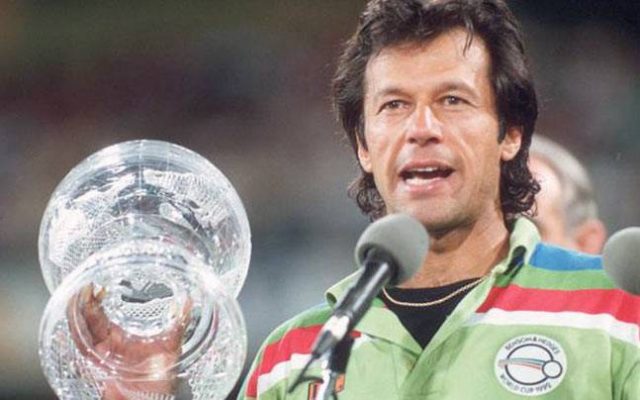 Imran was a natural leader and captain. His expanded chest and the fluttering long mane that adds to his fearsome run up and the hop before delivery, all had that air about him which would command some respect. But what Imran could do to Pakistan cricket, none of its other captains could ever. Pakistan cricket team has always been one of the most difficult to manage, given the personality clashes and politics between the players. During Imran’s tenure too, he had to manage difficult but “can’t-do-without” players like Javed Miandad, and he did that quite remarkably, though not always in a “peaceful” way. He would give a “mouthful” when required, regardless of who the player is. But what Imran did to the team, was in selection of young talent, especially fast bowlers, and he had a knack of doing that, and often would go out of the protocol to pick talent. Wasim Akram, Waqar Younis, Aqib Javed, Inzamam ul Haq, were all his finds. During 1992, when he compared Inzy with Sachin, most of us used to laugh. But Inzy played that match winning innings in the semifinals in the 1992 world cup and that was largely due to Imran giving the backing, and since then he never turned back. His ability to pick and encourage young talent, changed Pakistan cricket and made them one of the best bowling sides for a long time to come. 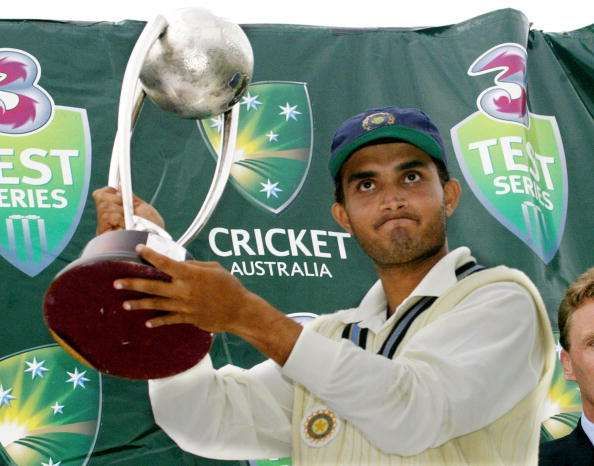 Dada took over the captaincy when Indian cricket was in doldrums after the match fixing scandals of 1999/2000. He not only revived our cricketing fortunes, but was again responsible for bringing in a lot of youngsters and encouraging them, much like what Imran or Arjuna did. Yuvraj Singh, Sehwag, Harbhajan Singh, and even Dhoni. It was Dada who made Sehwag an opener from being a middle order batsman. If you remember, during the 2005 series against Pak, Dada used to make Dhoni bat at No:3 and Dhoni hit a big century with many helicopter shots and was being considered as another Adam Gilchrist. But it is another matter, that when Dhoni became a captain, like Inzy, he pushed himself down the order. The way Dada backs our bowlers like Harbhajan Singh through attacking field placements is what made them match winners. The Kolkata test of 2001 changed the history of Indian cricket and since then we became a worthy contender for the top rankings as a test playing nation, and a lot of credit to that goes to Dada. More than anything else, Dada brought the aggression into our cricket which as an attitude was missing until he took over. We became a more confident cricketing nation due to Dada’s own attitude and captaincy style. As many say, Dhoni maybe a good captain of the great Indian side, but Dada was a great captain of a good Indian side and turned it a great side.

So these are my three picks of the best cricket captains ever, given the turnaround they did to their sides from converting an average side to a great side. If I were to pick the best five cricket captains, then Mark Taylor and Michael Vaughn would also make the cut behind these three, but these three were in a different league altogether in my opinion.

They showed us, captaincy is not always about “on-the-field” tactics and leadership, but a lot off it, in terms of how to build a team for the future, how to tweak the batting order, and the player combos like 6+5 or 7+4 and all. I value those aspects of cricketing thinking in a captain, and therefore what turnaround that brings to the team’s fortunes as these great men showed.

“I advocate freedom of speech; you instigate communal discord”