Pro kabaddi league 2022 top 8 raider: Pro Kabaddi League (PKL) 2022 is progressing very fast and till now 75 matches of this season have been played. The league was started with a bang by some players but as it progressed, there has been a slight decline in their performance. There are many raiders who have completed their 100 points in this season till now. Overall, 10 raiders have scored 100 or more raid points so far this season. Let us know who are the top 8 raider (scorers) Pro kabaddi league 2022 season. 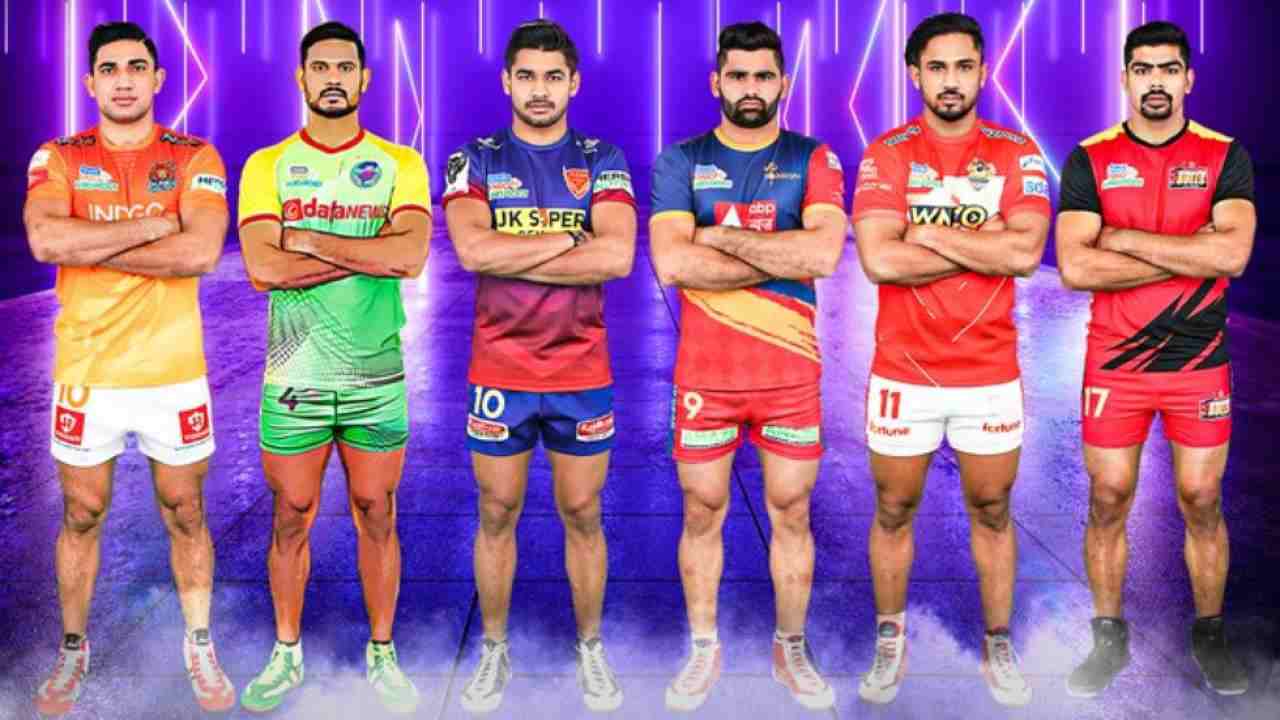 Since the beginning of the season till now, Arjun Deshwal of Jaipur Pink Panthers has remained the highest scorer of raid point. In 16 matches Naveen has scored 199 raid points. Naveen Kumar is on the first spot.

On the second spot Bharat of Bengaluru Bulls with 196 raid points in 17 matches and now he is trying hard to replace Naveen Kumar to claim the top spot.

The performance of captain Maninder Singh of Bengal Warriors has also seen very good and he has been giving success to his team on his own playing. In 16 matches Maninder has played till now and he has scored 185 raid points till now which make him to reached the third position.

Naveen Kumar captain of Dabang Delhi has also taken 172 raid points in 16 matches and this makes him currently to be on fourth position in terms of most raid points of this season.

In 16 matches Narender of Tamil Thalaivas has also taken 169 raid points. The way he is improving his playing form, it seems that he can soon make his place in the top-3 as well.

In 16 matches Pardeep Narwal of UP Yoddhas has also taken 156 raid points.

EWS reservation is good in intent, but its implementation is not that great

The Tale of Two Janata Dals (Secular and United)