Why Muslim immigrants prefer non-Islamic countries to settle in

by Vikrant Thardak
in Trending
4

The forceful takeover of Afghanistan by the Taliban has sparked fears worldwide that it could spur a humanitarian disaster in the region. As what happened following the onset of civil war in Syria in 2011, it is believed that this crisis could exacerbate the migrant crisis in Europe and North America. Data shows that most of the refugees displaced across the borders come from Muslim countries.

Muslims across the world are increasingly aspiring to settle in western countries, despite having more than 50 countries that identify themselves as the ‘Islamic nations.’  A report by Jcpa.org shows that around 166 million people, largely Muslims, are willing to emigrate into the United States. Also, around 46 million of them are willing to emigrate to the United Kingdom and 39 million to France. This speaks volumes of the fact that Muslims across the world prefer non-Muslim countries to settle in.

Except for some rich Arab countries, the Muslim nations across the world lack resources and means to house a large number of asylum seekers. However, the Arab countries are also keeping away from opening their doors for Muslim immigrants following the mass emigration post the Arab spring.

Western nations are rich and offer better living conditions to asylum seekers from Muslim-dominated poor and developing countries of Asia and Africa. However, there is certainly more to it than what meets the eye. Muslim immigrants are widely accused of waging cultural wars against the host nations, and often become the targets for the conservatives of the hosting communities.

It is believed that the Muslim migration is deliberately used as a kind of Trojan horse, being part of an organized invasion of Muslims into the West. There are also instances where this mass migration is weaponized by some countries, notably Turkey, to fulfil their geopolitical goals.

Islam is the fastest-growing major religion in Europe, primarily due to immigration and higher fertility rates among Muslims. With the Middle East and the African continent in a constant state of turmoil, immigrants from Muslim countries like Syria and Libya have started to appear in numbers in Western Europe, especially in Germany, France, and Belgium.

By 2030, people of Muslim faith or origin are predicted to form about 8% of the population of Europe. The concerns about Islamism go well beyond terrorism. A pattern has emerged where non-violent Islamist groups, while largely operating within the boundaries of the law, propagate an interpretation of Islam that drives a wedge between Muslims and non-Muslims, contributing to polarization and harming integration.

The Rise in the number of Muslim neighbourhoods 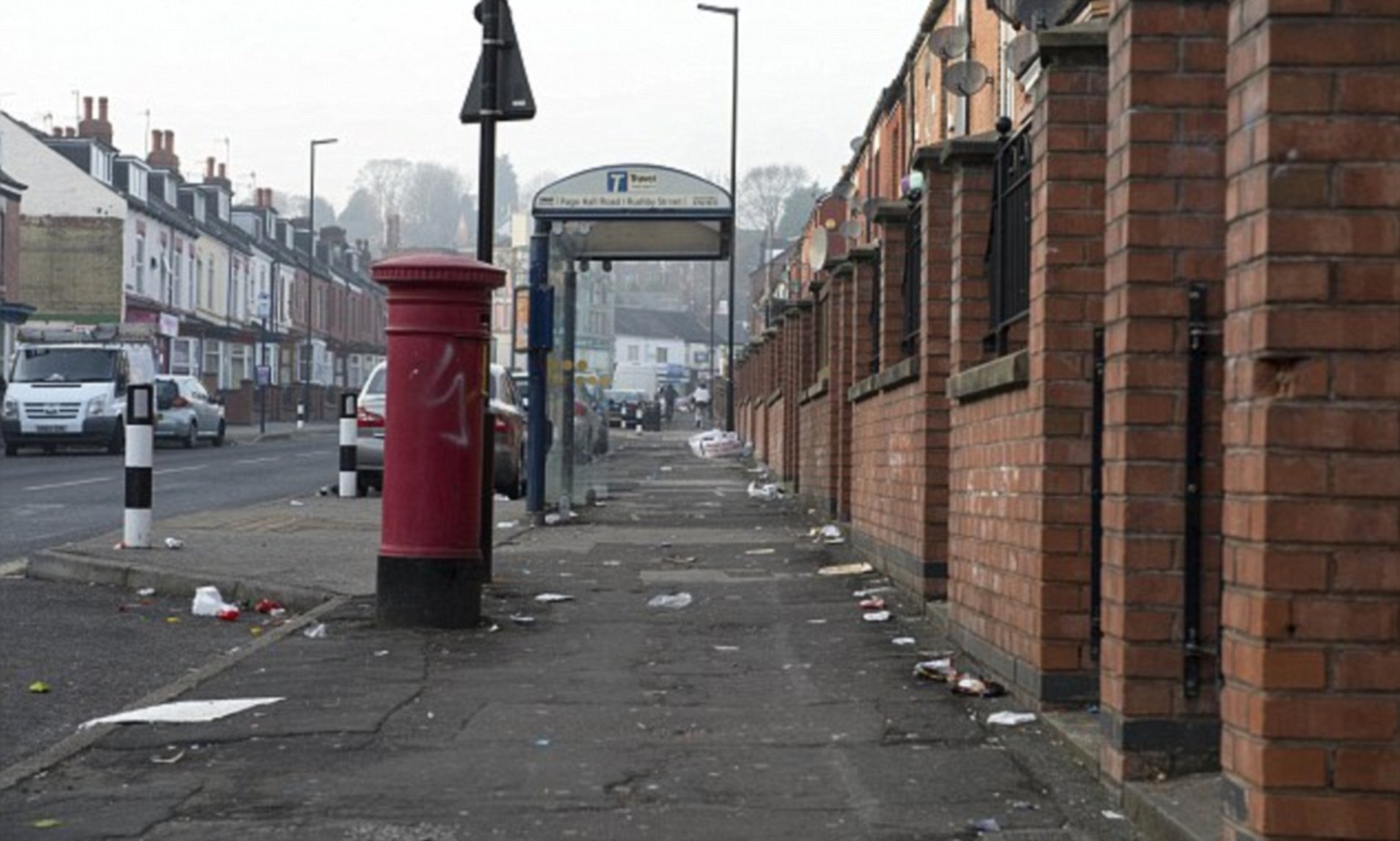 The world’s Muslim population is expected to increase by 35 percent in the next 20 years. Hence, the Western world is expected to become a major breeding ground for the community. Due to mass migration and the higher fertility rate among Muslims, the number of “Muslim ghettos” has sharply gone up in recent years. This results in the growing isolation of the white majority from minorities in urban zones. The people, largely Muslims, dwelling inside these neighbourhoods or ghettos essentially live in a parallel world. These ghettos also become the breeding ground for terrorists that pose a severe security threat to the national security of the host nations.

Anecdotal evidence strongly suggests that in the decade after 9/11, a growing number of violent Islamic converts have been considerably involved in terrorist acts. For instance, when the World Trade Center towers collapsed, major paradigms decisively shifted. Thousands of Americans, citizens of the country that had been the victim of the attack, converted to Islam within months after 9/11, most likely to demonstrate disagreement with the public mainstream.

All the democratic countries offer special incentives and perks to their minority communities in order to ensure their welfare. The Muslim immigrants often aim to settle in these countries to enjoy these benefits that they would never be offered in the Muslim countries.

Lack of Sympathy for the Muslim migrants in Muslim nations

The global Muslim society is highly divided. The Islamic world is heavily embroiled in the sectarian conflict of the Shias and Sunnis. For example, the minority Hazara community in Afghanistan often finds itself as the constant target of Sunni Taliban fighters. The fact that the Muslim country of Bangladesh recently refused to house the refugees from Afghanistan speaks volumes of the fact that Muslim countries have no sympathy for Muslim asylum seekers.

The Muslim community across the world is deeply entrenched in myriad conflicts, and the community has only exacerbated the global refugee crises in the past decade. The Muslims, after getting imbibed with radical Islamic ideologies, make their way to the Western societies and plague them with the same. If the western world wants to outlive this so-far unobtrusive invasion, it needs to wake up to the rising threat of Muslim emigration into their countries.