Yogi Government: The Best Ever Government For Uttar Pradesh

by Saurabh Garg
in Trending
0

In the year 2022, the Yogi government will appear the test of democracy. But, before it is assessed on the ballot paper, it is time to check if it has been able to deliver what it had promised the state four years back. Besides, one also needs to know if the Yogi government has proved to be different from that of Mulayam/Akhilesh and Mayawati.

Here, we analyse the Yogi government on various parameters from economy to development and law and order in the state.

Below is the graph depicting how the SGDP of Uttar Pradesh grew between 2012-13 and 2016-17 under the Akhilesh regime and how that has increased under Yogi’s government.

Despite the lockdown in the state and the economy facing a major downturn, SGDP of the state has continued to maintain its momentum. According to a recent report published in the Times of India, the economy of Uttar Pradesh has become the second largest in the country leaving behind the industrialised states like Gujarat and Tamilnadu.

Moreover, Uttar Pradesh has clinched the second spot in the Ease of Doing Business index showing the mess cleaned up by the incumbent government. This improvement in the state has resulted in more investment. The state has reportedly attracted an investment of Rs. 7,000 crore and has received investment intent worth Rs. 45,000 crore from 40 countries.

Leadership qualities of government functionaries are best assessed when they have to manage an unprecedented situation. COVID-19 came as a challenge to governments all over the world. In India, the populous states such as Uttar Pradesh and Maharashtra faced a significant threat. The graph below tells us the story of COVID management in the two most populous states of India. 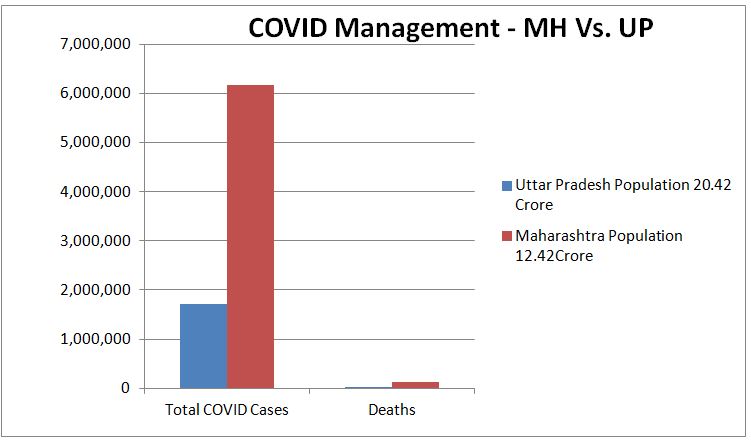 Statistically speaking, Yogi Government left no stone unturned in curbing the monster of COVID 19. With 8 crore more people in the state, Uttar Pradesh witnessed only ¼th of the total COVID cases that Maharashtra had. And, about 15% of total COVID deaths that happened in Maharashtra have been reported in Uttar Pradesh.

Favouritism – Patronised Ministers in UP Governments

During both Mayawati – Mulayam/Akhilesh rule in Uttar Pradesh, some ministers have enjoyed disproportionate power because they were patronised by no less than the chief ministers themselves. Due to the abuse of power, there were times when these ministers made the national headlines for everything except the governance. 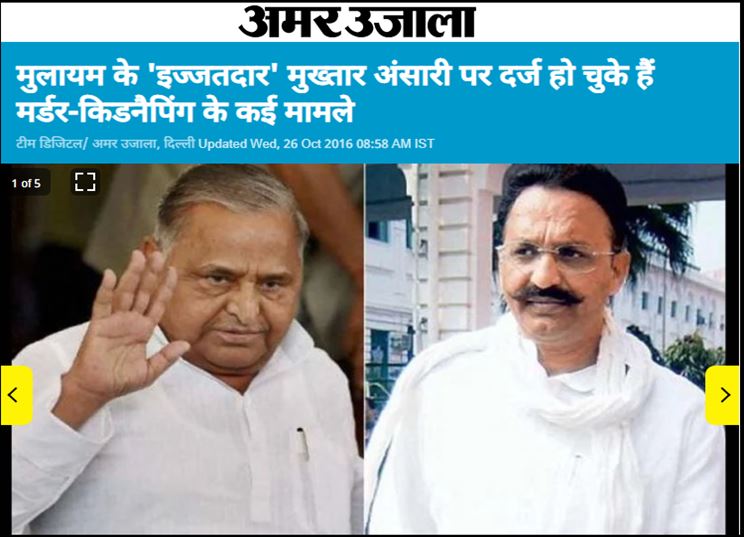 In this respect, Yogi Adityanath has not entrusted any of his ministers with unchecked power lest they also become mafias or corrupt like their predecessors in previous governments. This has brought about a significant change in the way governments were run in Uttar Pradesh. There is a clear cut division of power among the government functionaries. The civil servants need not to look up to several masters, rather they need to follow commands from a central system, making the administrative machinery more efficient and quick.

Uttar Pradesh had been infamous for its hooliganism and mafias whose writs had run unchecked in the state. The state had been infamous, particularly, in terms of women safety. Let’s take a look at the two NCRB reports in two different years to understand the situation.

Then – During Akhilesh Government

The law & order situation has certainly improved in the Uttar Pradesh. The success in decreasing the crime against women is attributed to Yogi’s popular schemes like Anti-Romeo squad, Pink Booths and women cops in civvies. 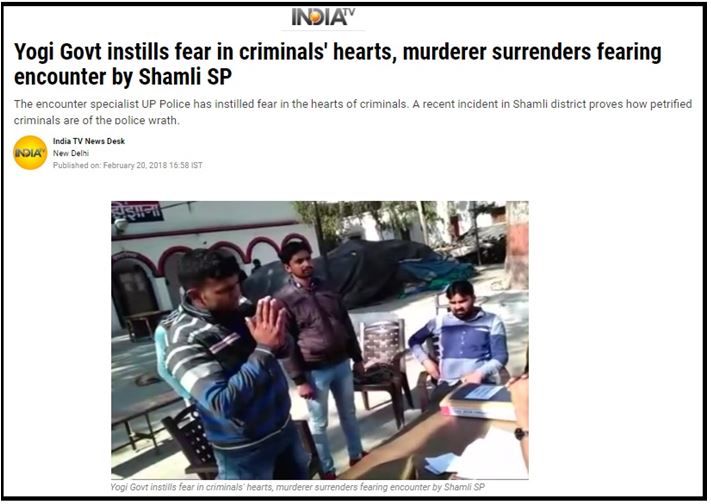 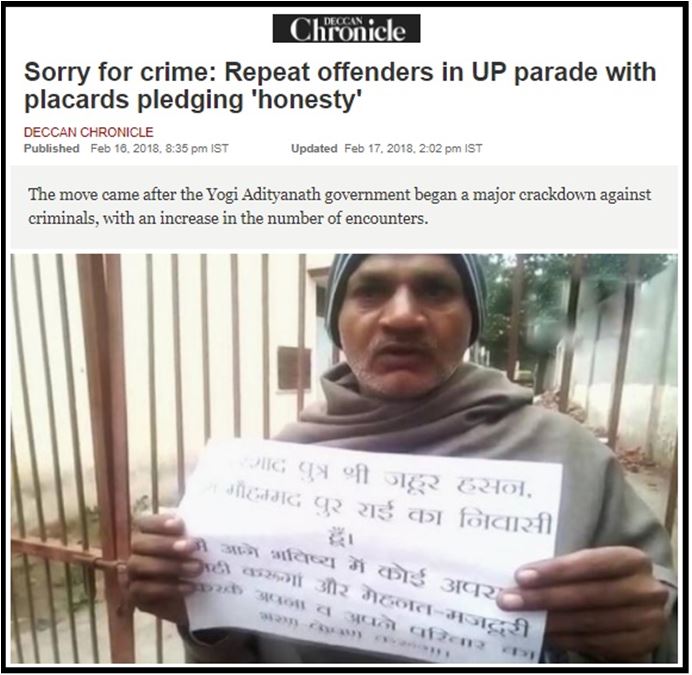 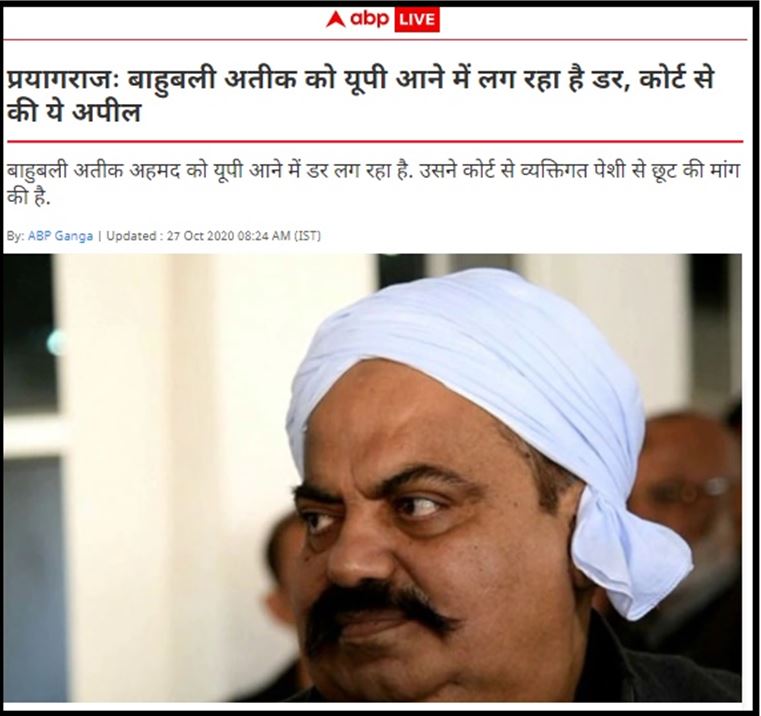 The above cases are few examples of effective policing in Uttar Pradesh. In the last four years, Uttar Pradesh has witnessed many encounters, arrests and surrenders of criminals.

However, populous state like Uttar Pradesh require sustained and long term policing measures to check the crime prevalent in state. It will not be appropriate to give 100 percent marks to Yogi government on this front. But, at the same time, it will not be wrong to say that law and order situation has improved a lot in last four years.

Once upon a time, in the streets of Uttar Pradesh, people were commonly heard saying, “Arey yeh Behenji ka bhai hein, Arey yeh Akhilesh ke chacha hein”. People in Uttar Pradesh feared the political families. Family’s wealth increased over the people’s wealth. For two popular leaders of Uttar Pradesh, Mayawati and Mulayam, it was more about the growth of their families and not the people of the state. Is it same with Yogi Adityanath? Let’s take a look at the priorities of Mulayam Singh, Mayawati and Yogi Adityanath when it comes to their families. 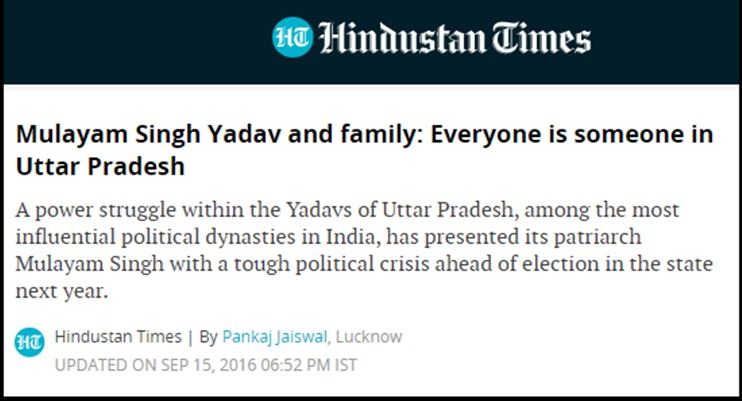 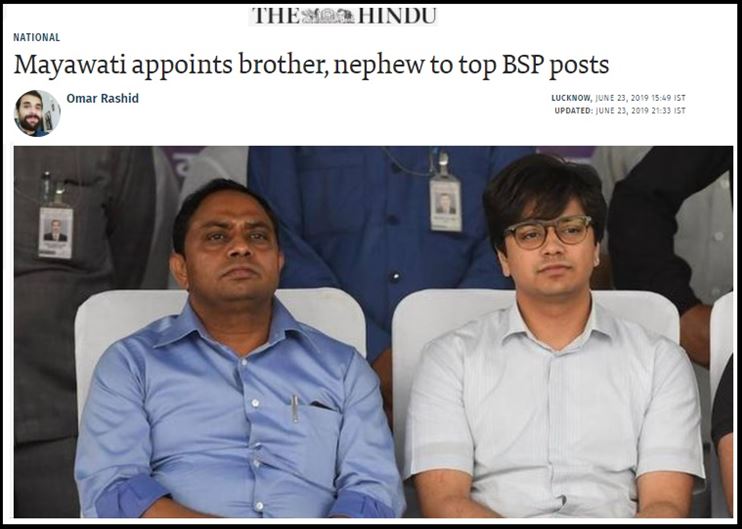 Mayawati’s Brother – How the Wealth Increased

During Mayawati-Akhilesh Yadav government, one fact has largely gone unnoticed from discussions on development in Uttar Pradesh. The development works remained focussed on certain cities like Gautam Buddha Nagar during Mayawati’s regime, Saifai-Etawah under Akhilesh’s tenure and Lucknow under both of them; however, the development work under Yogi Government started decentralising.

At least, four cities such as Ayodhya, Kashi, Prayagraj and Mathura-Vrindavan, if not more, underwent major beautification projects. This makes the case for balanced regional development. One may blame Yogi Government of satisfying his political agenda by developing cities associated with Hindu religion. But, all of these four cities are located in four different regions of Uttar Pradesh and can become the developmental hub for their respective region, if the current levels of development works are continued.

To sum it up, the Yogi government has successfully gone for a multi-pronged strategy in the state. It has not only focussed on the economy, health and infrastructure but also on checking the ministers, improving the law & order, and the development of the state. In the last 70 odd years of Uttar Pradesh’s history, many governments had their contribution in the development of the state, but here is the government that has worked on all fronts and asserted that Uttar Pradesh is no more a BIMARU state rather a UPJAAU (productive) state.

This article is authored by Saurabh Garg, a Political Analyst