With Congress losing its face in the five-state elections, the party is set to split, and one faction will be led by G-23 leaders

The 2021 state assembly elections were a mixed bag for BJP as the party managed to win Assam, Puducherry put up a decent showing in Tamil Nadu and whilst it could not do the whole nine yards in West Bengal, it managed to leapfrog from its measly 3 seat tally in 2016 to 77 in 2021. However, Congress, a supposedly national party has once again landed face down in the mud by getting routed in nearly every state.

The party shot a blank in West Bengal, managed five seats in Puducherry, 21 in Kerala and 16 seats in Tamil Nadu where it tagged along with DMK to restore some of the lost pride.

The biggest repercussion of the defeat for Congress can be another civil war within the party as the members grow increasingly weary of the timid leadership at the top. The pathetic showing of the Congress has cast aspersions over the capability of scion Rahul Gandhi, who was harbouring dreams of getting the Party President position back.

And leading this dissent could be the infamous G-23 group that came into existence last year and caused a great deal of panic amongst the Gandhi clan, with Rahul Gandhi going as far as dubbing the group members as BJP agents. 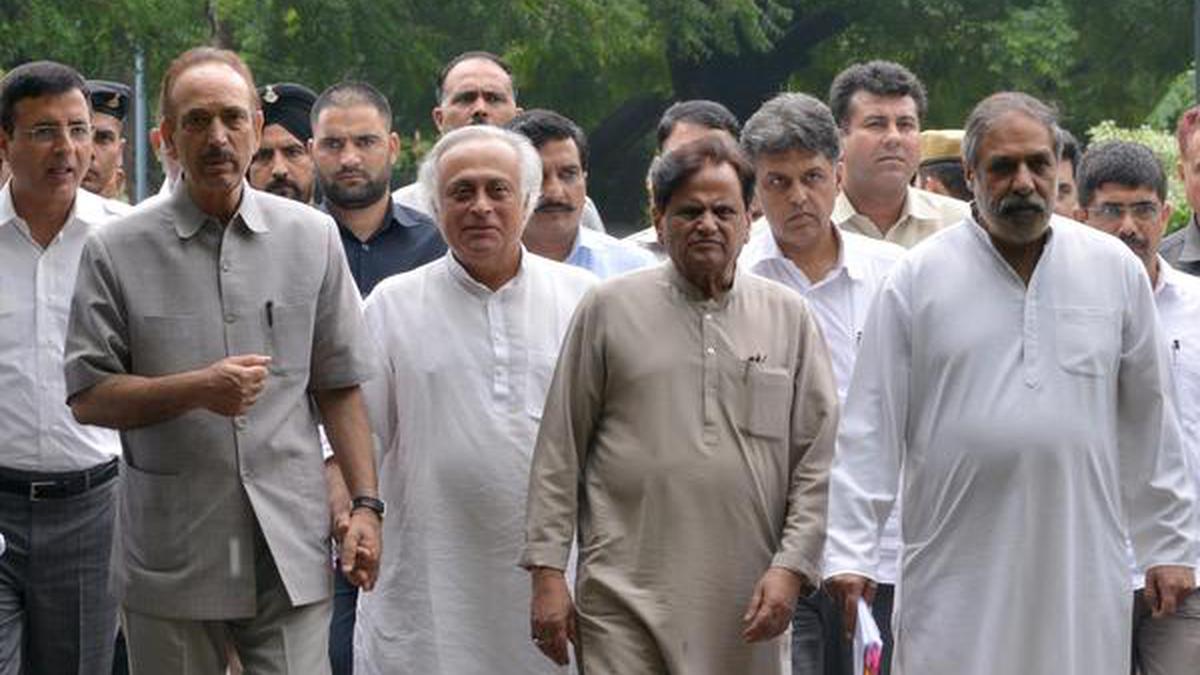 Last year, heading the G-23 group, Ghulam Nabi Azad and several other senior Congress leaders had shot out an angry letter to Rahul and Sonia Gandhi, complaining about not having free and fair elections within the party. The letter, however, got leaked before the annual congress meet and an angry Rahul Gandhi went out on a prowl for the blood of those who penned the letter.

Reacting in the aftermath of the letter controversy, Azad laid bare his pain of not having any elected bodies in the party and the prospect of sitting in opposition for 50 more years. “For the last many decades, we do not have elected bodies in the party. Maybe we should have pushed for it 10-15 years ago. Now we are losing elections after elections, and if we have to come back we need to strengthen our party by holding elections. If my party wants to be in opposition for the next 50 years, then there is no need for elections within the party,” Azad had said.

The fact that Rahul Gandhi is an MP from Wayanad in Kerala, and yet the UDF could not manage to breach the 50 seats mark should be a testimony to his failed credentials. Historically, every five years, the government changes in Kerala but owing to Rahul’s incompetency, LDF has managed to rewrite the history books.

Despite the drubbing, Rahul Gandhi engaged in its childlike antics and tried to get back at BJP for its performance in West Bengal while completely forgetting about his own party’s woeful performance.

“I’m happy to congratulate Mamata ji and the people of West Bengal for soundly defeating the BJP.” tweeted Rahul Gandhi.

I’m happy to congratulate Mamata ji and the people of West Bengal for soundly defeating the BJP.

The 2021 Assembly elections have proved that Congress is neither a national nor a regional party. It simply is a deteriorating mess of part-time hobby politicians like Rahul Gandhi, who are earning their bucks, owning to the Gandhi surname and in the process, destroying the legacy of the party — a tarnished legacy.

All elections in India are now being fought in a presidential-style, parties which do not declare a CM face are set to lose