BIMARU, an acronym formed from the first letters of the names of the states of Bihar, Madhya Pradesh, Rajasthan and Uttar Pradesh, is often used to describe the sad state of these states in terms – the poverty, misgovernance, and welfare measures. The term is often used interchangeably with words like cow belt, Hindu heartland by the left-liberal media establishment (often in a prejudiced way).

One state often skipped when describing everything that is wrong with India is West Bengal. The domination of leftists in academia, media, publishing, bureaucracy and other ‘intellectual’ domains ensured that West Bengal, despite one of the best examples of bad governance, is kept out of the picture when the bad side of India is being depicted. 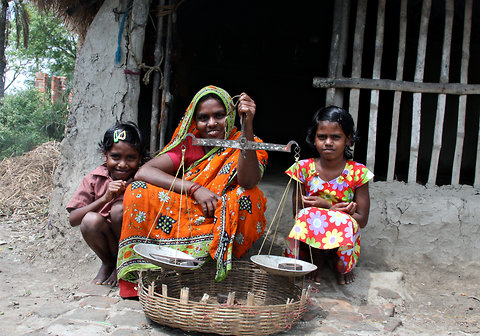 On the other hand, the so-called BIMARU states witness a very smooth transfer of power despite the fact that the government changes after almost every election in states like Uttar Pradesh and Rajasthan. Even Madhya Pradesh and Bihar, which have been governed mostly by BJP – the fascist party according to liberals – for the last one and a half decades witness a very smooth transition after every election.

Now coming to development indicators, in which West Bengal has consistently declined in the last few decades in comparison to other states. Till the 1960s, West Bengal was the richest state of the country and Kolkata was the financial capital of the country but today, the state is ranked 23rd in terms of the index of Indian states by per capita income.

Despite housing one of the largest metros of the country (in terms of population), which still carries enormous economic weight, the state of West Bengal is among the poorest of the country in terms of per capita income. However, per capita income would not be the right measure to describe the poverty, malnutrition in which the people of districts in rural areas are living because Kolkata’s relatively better indicators hide the reality of these districts when we see statewide data.

Read More: Though BJP has lost the race in Bengal, it has won Naxalbari and that is not something to be ignored

In the districts like Malda, Murshidabad, South Dinajpur, Birbhum and Nadia, many families have the purchasing power of less than 50 rupees per day and are living in a hand to mouth situation. Many families have almost all the people unemployed because the state does not have industries and their family members are not educated enough to work in the services sector. These families are able to survive only because the Union government has a scheme for free ration under the National Food Security Act.

In the last three decades, India has grown exponentially but Bengal was left behind in this growth story. Maitreesh Ghatak, Professor of Economics at London School of Economics, in an article published in Hindustan Times based on National Sample Survey data of the last three decades, argued that “West Bengal has fallen behind more, relative to the national average (in terms of consumption in urban areas), over the last decade.”

Read More: In the time of a heightened political violence, why Bengal needs a governor like Jagmohan Malhotra

The miserable condition in which the people of West Bengal (especially those outside Kolkata) are living is not exposed in the ‘intellectual’ sphere of India, thanks to the domination of Bengali Bhadralok in these fields, most of whom are supporters of Communist or Trinamool Congress. The BIMARU acronym definitely needs a modification to include the state of West Bengal given its culture of political violence and poor performance on socio-economic indicators.