Welcome to Karma Café: Pawar is playing the Sena game with Sena and Uddhav is in a lot of pain

The Uddhav administration, in a desperate ploy to mask the failures of the Maha Vikas Aghadi alliance in containing the Wuhan coronavirus pandemic, has chosen to resort to claiming that Maharashtra does not have enough doses of the vaccine despite repeated requests to the Union government. However, the godfather of the alliance, Sharad Pawar has publicly contradicted the stance taken by a bunch of Shiv Sena leaders as the NCP supremo has sided with the Modi government in this case and it appears to be a Deja vù for Shiv Sena who made a name for itself for constantly bickering and contradicting with the Modi and Fadnavis administration when it was a part of the NDA.

NCP Supremo is using Shiv Sena’s age old tactics to put the party in a spot and it appears that Shiv Sena is going through a lot of pain as its tactic of consistently bickering with the Modi and Fadnavis dispensations despite being a key member of both the governments and holding important portfolios is now being practised by Sharad Pawar. 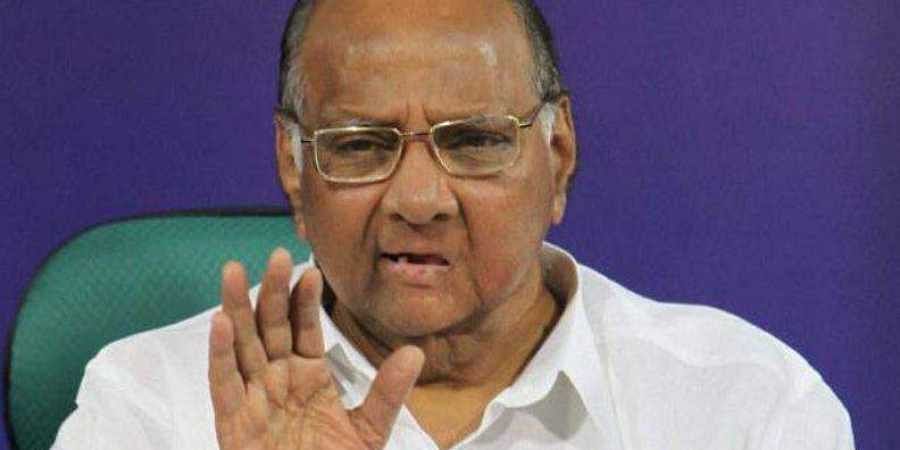 At a time when the Uddhav administration is claiming that Maharashtra is facing a vaccine shortage with the delivery of the vaccines from the Centre coming at a slow pace, Sharad Pawar, while taking up a contrarian stance, has claimed that the Centre is helping Maharashtra.

“The Centre is also helping. I spoke to Union health minister Harsh Vardhan yesterday regarding the situation in Maharashtra,” said the NCP patriarch during a Facebook Live.

Pawar’s statements are in direct contrast to that of a section of MVA ministers who have alleged ‘discrimination’ from the Central government.

Post-2014, the Shiv Sena, while being in an alliance with the Devendra Fadnavis-led BJP government, acted as the principal opposition party in the state and opposed every alternate decision of the government. The BJP was definitely irritated, though it has never publicly stated the same. With the Maha Vikas Aghadi and Sharad Pawar at the helm of affairs, Uddhav Thackeray’s Shiv Sena is being made to taste its own medicine.

Last year, Shiv Sena’s attempted takedown of Sonu Sood didn’t augur well with both the NCP and the Congress, with both alliance partners snubbing Shiv Sena for its comments on Sood and extending their support to the film actor for his efforts. Former State Home Minister and senior NCP leader, Anil Deshmukh was quoted as saying, “Actor Sonu Sood has done good work by sending a lot of migrant workers to their homes. I did not hear what Sanjay Raut Sahab said. We will appreciate whoever takes such good initiatives, be it Sonu Sood or anyone else. Several NGOs are working and we have always commended that.”

During the migrant crisis, when the Shiv Sena trained its guns on the BJP and accused Railway Minister Piyush Goyal of not cooperating with the state authorities, the NCP came out in wholehearted support of the Modi government. Saying the Centre was under pressure as well, senior NCP leader Praful Patel said, “Their efforts should be respected. We appreciate that they are providing trains so that people can reach home.”

The kind of behaviour which the Shiv Sena meted out to the BJP post-2014, is now coming back to haunt the erstwhile Hindutva party, in the form of NCP and Sharad Pawar and it seems that the Shiv Sena is in a lot of pain.

Mamata won’t just lose the Hooghly area, she will be decimated

Why people of Uttar Pradesh got scared at the mere mention of Mukhtar Ansari?