by Animesh Pandey
in Opinions
2

In what comes as a significant win for the Sanatani community, a court in Varanasi has just permitted the Archaeological Survey of India (ASI) to conduct a survey in the entire Gyanvapi Masjid complex, which is constructed over what was once the original site for the iconic Kashi Vishwanath Temple.

According to a report published in the English daily Hindustan Times, “Civil judge (senior division) Ashutosh Tiwari ordered a five-member committee, comprising two Hindu, two Muslim members and an archaeological expert, to oversee the “comprehensive physical survey”. A court-appointed observer will chair this panel. The Archaeological Survey of India will conduct the exercise at its expense without any media briefings, the judge ordered.” 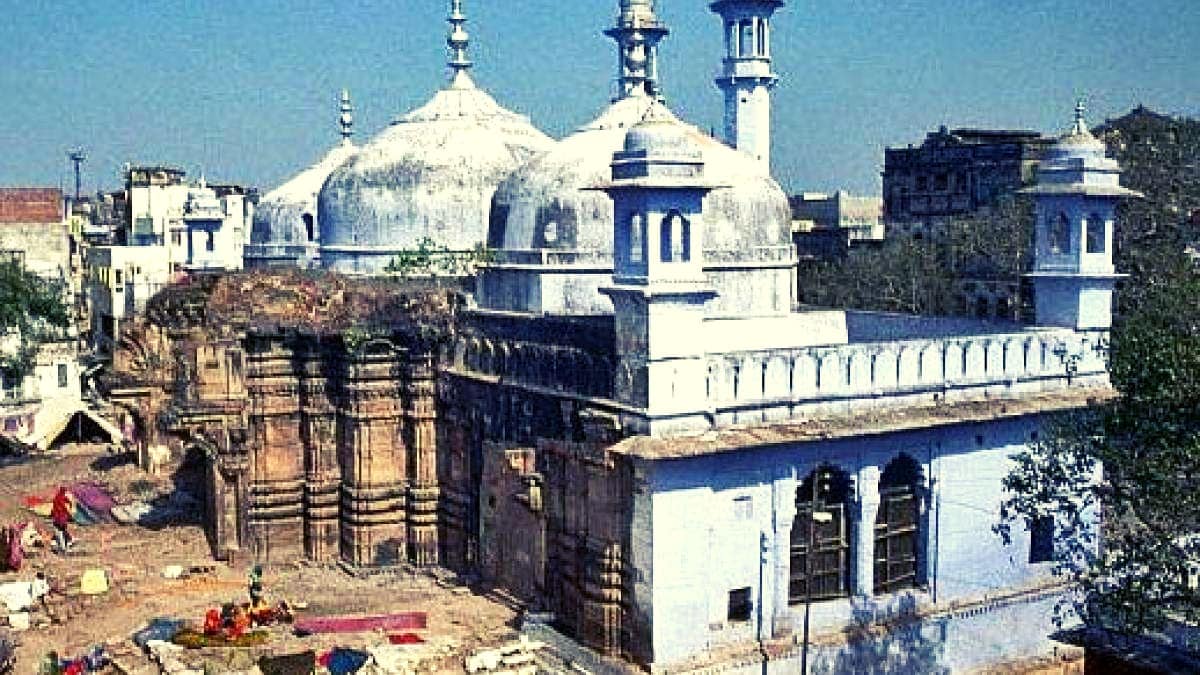 But what is the issue of the Gyanvyapi Masjid and Kashi Vishwanath Mandir all about? One of the principal Jyotirlingams dedicated to Bhagwan Shiva in Sanatana Dharma, Kashi Vishwanath Mandir had been attacked more than once, with the final invasion coming under the Mughal tyrant Aurangzeb in 1670, who had it demolished and a mosque was built hurriedly over the remains of the same, which is known today as Gyanvapi Masjid. The Kashi Vishwanath Mandir which stands today was constructed on an adjacent site by the Maratha warrior queen Ahilyabai Holkar in 1780.

As such, the question remains – Now that the court has permitted a survey by ASI, will the battle to reclaim Kashi Vishwanath be as lengthy and tedious as that of the Shri Ram Janmbhoomi Mandir? That is unlikely, since there are more than enough pieces of evidence, both physically and historically, which approve that the structure on which Gyanvapi Masjid stands today was once the glorious complex of the Kashi Vishwanath Mandir.

Read More: Shri Ram University in Ayodhya is coming and it will focus on imparting and strengthening Sanatan Dharma education

To quote an excerpt from a report by Zee News, “Before independence, a petitioner Deen Mohammad had filed a petition in the District Court, claiming that the entire complex under question be allotted to the Muslims as the lawful land of the Gyanvapi Masjid. However, in 1937, the court dismissed the matter, during which the British officers presented a map of the Temple complex created in 1585, along with other historical evidences, which indicated that the entire complex was never a mosque to begin with. The western walls of the mosque are situated at the same place, where the original Kashi Vishwanath once stood, and some of the constructions indicated that the mosque was hurriedly made over the foundations of what may have been a temple”-

Also, unlike the decade when attempts to reclaim the Shri Ram Janmbhoomi Temple Complex in Ayodhya were made, the inflow of information is not that slow as in that time, due to which the left-liberals will be unable to fool the masses as they did. During the time of the disputed structure in Ayodhya, the left-liberals had usurped the narrative to the extent that they were even peddling rumours that a temple never existed at the place at all. It was another matter that their lies were first called out by the ASI in 2005 when a team, under archaeologist KK Muhammad, proved it otherwise, and then on 9 November 2019, when the Supreme Court of India accepted that a temple indeed existed at the mentioned place, based upon the irrefutable shreds of evidence.

Needless to say, the Islamo leftist cabal was aghast with this decision, which is clearly visible in the tweets of Asaduddin Owaisi, chief of AIMIM and one of the fiercest critics of the reclamation of temples. To quote his tweet, “AIMPLB and Masjid Committee must immediately appeal before this order and get this rectified. ASI is only to perpetrate a fraud and history, as was done in the case of Babri. No person has any right whatsoever to change the nature of a masjid” –

On an honest note, the road to reclaiming Kashi Vishwanath will turn out to be a lot easier than anticipated by many. Should the move to reform the Places of Worship Act 1991 succeed as well, it will not be long before the Kashi Vishwanath is restored to its former glory, giving the Sanatanis another reason to be proud of, and leaving the Islamo leftist cabal penniless for life.

Jaya Bachchan smacks TMC worker: Mamata Banerjee’s new star campaigner is turning out to be costly for her