Away from the glare of mainstream media, the Indian government is constructing a secret military base in the Agalega Islands, located in the Indian Ocean, about 1,000 kilometres north of Mauritius. The project is being developed under the name of “setting up and upgradation of infrastructure.”

During a 2015 visit to Mauritius, India under Prime Minister Narendra Modi had signed an agreement with Mauritius to develop a strategically important airbase.

The project was broached during the United Progressive Alliance (UPA) government in 2005 but was unable to get a head start due to the internal politics of the island country. Nevertheless, in 2018, the Modi government gave a new life to the project by handing it over to India’s Afscons Infrastructure.

Significantly, just after two years of allocating the project to Afscon, the project has made remarkable progress by developing a 3000 meters long runaway. Imagery from 2014 shows a barren land, but now it has turned into a full-fledged airstrip.

A report published by Iexpress claims that India has taken control of the Agalega Islands with more than 400 workers working presently on the island. Beside the airstrip, construction of other infrastructure necessities such as fish landing station, ports, dispensary and offices to facilitate operations is underway.

Another report published in The Maritime Executives, tells about India’s strategic development of the base on the North Agalega island. The report also published the satellite imagery showing that the long 3000 meter-long runway is visible in the central part of the island. 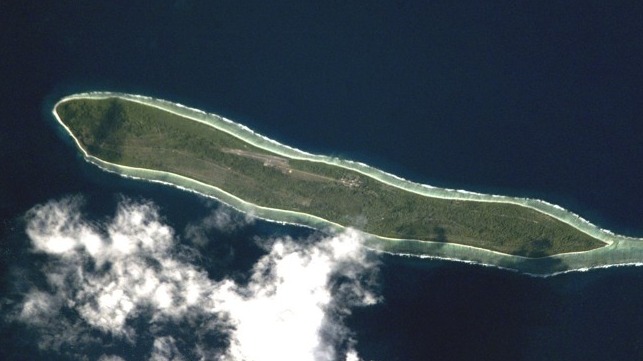 Moreover, other infrastructure development projects such as maritime and air traffic control buildings, hangar, passenger terminal, desalination plant are also afoot. In addition to this, electricity, water and sewerage developmental schemes are in the pipeline.

This project of India has been developed under the utmost secrecy. In 2018, the Vice Prime Minister of Mauritius, Fazila Jeewa- Daureeawoo, refrained from giving any details about the project to the state assembly. He said, “Subject to confidentiality and cannot be disclosed in part or full.”

The development of the military base is strategically important for India. In 2018, the Modi government signed a 20 year-long project with Seychelles to build a military base, airstrip and a jetty for its navy on Assumption Island.

As reports surfaced that China had already made a military base in the Maldives. It is going to be a crucial watch for India sitting on the Agalega islands and Seychelles Island, while the US-UK jointly hold a military base in Diego Garcia. Perhaps, India, the United States of America and the United Kingdom should check and counter the Chinese developments and dominance in the Indian Ocean.

2-0=2. After extensively campaigning in Kerala and other states where Congress might have a chance, an inconsequential Rahul Gandhi cancels WB rallies due to COVID-19