India is becoming a favoured destination of American foreign investment, thanks to the “special relationship” developing between the two countries since the last few years. As per a report from Department for Promotion of Industry and Internal Trade (DPI), an independent body under the Minister of Commerce and Industry, the United States became the second-largest source of FDI in India between April to September, overtaking Mauritius which slipped to the fourth position.

Singapore and the United States were followed by the Cayman Islands with inflows worth Rs 15,672 crore and Mauritius with Rs 15,019 crore. These were followed by the Netherlands, the United Kingdom, France, Japan, Germany, and Cyprus. These countries have remained the top source of FDI in India since the country started opening up in the early 21st century. However, the rank of a few European countries like France- which made a significant investment in the state of Uttar Pradesh- has jumped upwards. 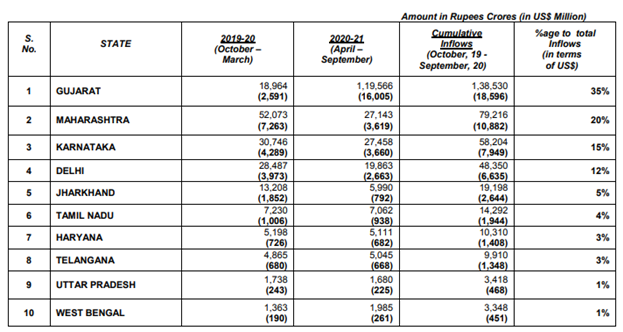 Gujarat has remained the top destination for FDI followed by Maharashtra and Karnataka, however, the otherwise lower-ranked states like Uttar Pradesh have climbed up while the states like Tamil Nadu and West Bengal are witnessing a dip in the ranking.

The enabling business environment in the country has not only brought billions of dollars through the FDI route but the foreign portfolio investment. FPI, which is the money invested by foreign investors in Indian stocks, witnessed record inflow of 1.4 lakh crore rupees between April to November, the first eight months of the financial year. And, the investment is expected to improve further in the upcoming months.

“There is a huge amount of liquidity, and savings have also risen significantly over the last few months. A sizable part of that money will come to equity markets as there are not many options as of now and that is likely to keep the markets strong,” said the CEO of a leading financial services firm. 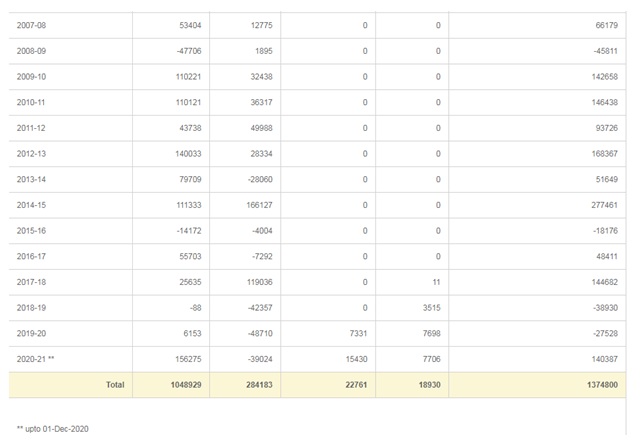 Foreign Portfolio Investment (FPI), majority of which comes from the United States, has totalled around 1.4 lakh crore rupees in the first 8 months of this fiscal year, which is more than most of the entire fiscal years except FY 10, 11, and 18.

“This pandemic has also shown the world that the decision to base global supply chains should not only be based on cost but also on trust. Along with affordability of geography, companies are now also looking at reliability and policy stability. India is the location that has all of these qualities. As a result, India is also becoming one of the leading destinations of foreign investment,” said PM Modi.

India is emerging as a favoured destination of investment, especially as far as investment from the United States is concerned. The Americans are the top investors if we combine FPI and FDI investment, and this shows that the two countries are progressing towards “special relationship” in which the economic interest and geo-strategic interest of the two countries will become increasingly integrated.

As India snatches Nepal back from China’s grip, a worried CCP resorts to propaganda and it is looking very desperate