by TFIPOST News Desk
in Opinions
3

Suvendu Adhikari, a towering leader of Bihar politics who was transport minister in Mamata Banerjee’s government, resigned from the post a few days ago. A mass leader, Suvendu is credited with rallying the people during the Nandigram protest which ultimately led to the fall of decade long Communist rule in West Bengal and emergence of TMC.

A natural course for Suvendu would be to join BJP before the 2011 general election, which will be a massive gain for the saffron party. However, an alternative for him would be to float his own party, given the fact he enjoys popular support in many districts of the state, and his family members are already active in politics. His father, Sisir Adhikari, also a mass leader, is Lok Sabha MP from Kanthi constituency; his brother and two of his sons also represent assembly constituencies in West Bengal Legislative Assembly. 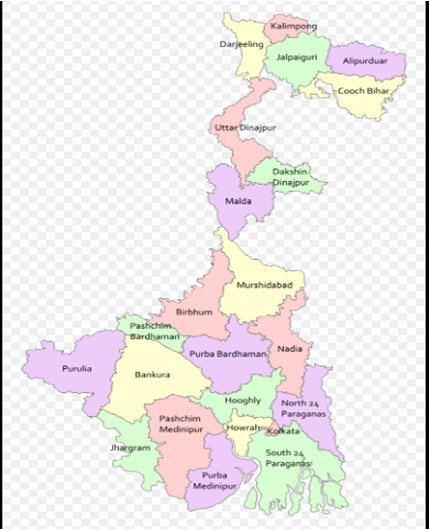 So, even if Adhikari floats a new party along with his family members, he would be able to cut a large number of TMC votes, benefitting BJP. While TMC leaders are saying the doors are still open for negotiation, Adhikari has told his supporters to be ready to hit streets. Suvendu can sway the votes in at least 40 assembly constituencies in the districts of Purulia, Jhargram, Murshidabad, Malda, Bankura, Bishenpur, East Medinipur, and West Medinipur.

Given the fact Suvendu’s area of influence are some of the Southern districts of West Bengal where BJP is weak, his exit from TMC is a big boon for the saffron party. In the 2019 general election, BJP won most of the seats in the Western region and Northern region of the state but lost badly in the Southern region.

If Suvendu can influence results in the 30-40 seats of Malda, Murshidabad, East Medinipur, and West Medinipur, BJP can easily triumph in the 2021 assembly elections. If we go by the assembly analysis of the 2019 general election results, BJP won in 122 assembly constituencies while TMC won in 163. If the results can be reversed even on even 30 seats, BJP’s tally would reach 152- 148 needed for a majority in the 294 seats legislative assembly- while TMC would be reduced to 133. Therefore, whether Adhikari forms his own outfit or joins BJP, in both conditions, a victory for the saffron party looks very likely.

The politics of West Bengal has always been dominated by Bhadralok Community, which constitutes three upper castes- Brahmin, Baidya, and Kayastha. These castes account for just 20 per cent of the state’s total population. But, all the CMs of the state– whether of CPM, Congress, or TMC– have been from the Bhadralok community. OBCs, SCs, and STs never had a say in the politics of Bengal. And this was because the Communist Party never recognized the role of caste in social upliftment.

Therefore, BJP is targeting the Hindu OBC votes to come to power in the state. Since the early 2010s, RSS has been tirelessly working in the state, especially in the OBC and ST dominated areas. Dilip Ghosh, the current President of West Bengal BJP, who was appointed in 2015, comes from Sadgop caste and is from Jungle Mahal region-one of the backward regions of the state- of West Bengal.

Presumably, in 2021 assembly elections, the people from the non-Bhadralok community are going to reclaim their rightful place in West Bengal’s politics and this will change the image of the state forever. The left-front and the TMC have destroyed the economy of the state, therefore, a regime change is necessary to put the state back on the path of growth. Now, only a regime change can bring back the golden days of ‘Amar Sonar Bangla’.

As the protesters have been exposed, they are shifting goal post everyday