A few months ago, Bangladesh was the fastest growing economy in South Asia, overtaking India, with 8 percent growth per annum, thanks to booming textile manufacturing industry which contributes around 12 percent to the country’s GDP and constitutes 84 percent of total exports. 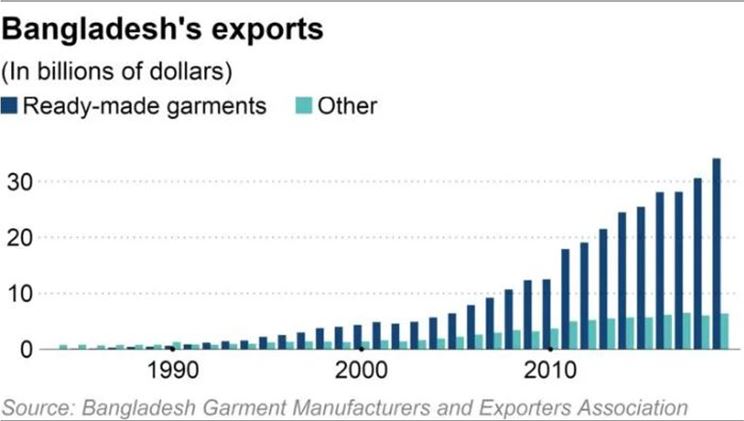 Encouraged by above 8 percent growth, Bangladeshi foreign minister made some callous and unnecessary statements on the matter of the Citizenship Amendment Act in India and said that Bangladeshi people do not need to cross the border to get in India territory, as they have better quality of life Bangladesh.

But, tables turned at odds with Bangladesh, as Coronavirus lockdown has completely devastated its textile industry, and export orders have been cancelled by European companies which were major customers. 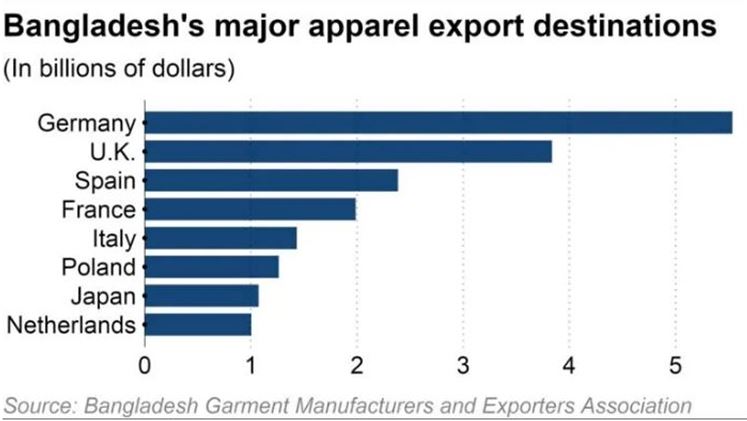 As the orders from European countries like the United Kingdom, Germany, Italy, Spain- the major importers of Bangladeshi garments, get cancelled, more than 1,000 factories have been shut down and 3 million workers are out job, with their families facing poverty.

The Bangladesh government has adopted a two-pronged strategy to save the textile industry, with the first being renegotiation of trade deals and second being petitioning with international rights groups like International Labor Organization, Human Rights Watch, and the Worker Rights Consortium, and European Union trade committee.

“Some deals are being renegotiated, while other buyers are promising to compensate” those that have lost business, Commerce Minister of Bangladesh, Munshi said. “We’re trying to resolve this issue with buyers’ representatives and the buyers themselves.”

The overdependence on a single sector has cost heavily to the economy of Bangladesh, as with the collapse of the textile industry, millions of people in the densely populated country are facing famine.

Orders worth more than 3 billion dollars have been cancelled and the country is facing foreign exchange shortage.

Jafar Uddin, the commerce secretary, has written to Bernd Lange, chairman of the European Parliament’s international trade committee, asking to restore order from European brands. “Such unbearable and uncompassionate action by some European apparel businesses does not go with the idea of ethical and value-based trade,” Uddin said.

After Uddin’s request, Swedish and Dutch governments have ensured that the companies from their country would restore orders, but these countries account for a very small part of total imports.

The economies of major importer countries like UK, Germany, Italy, and Spain have collapsed. The demand for garments from Bangladesh has collapsed and the companies could not restore the orders even if they are willing to, and therefore there are no chances of revival of industry in the near term.

Bangladesh has a world-renowned textile industry footprint. The current pandemic is threatening the very existence of this industry, and if the situation globally does not improve soon, the industry might never be able to resuscitate itself.

'India, don't dare join the USA,' China is openly threatening India with fighter jets but we all know what happened at Doklam