When Guv Tathagata Roy says Meghalaya non-tribals are in the same situation as Kashmiri Pandits, he is not wrong

It's an exodus that no one talks about

In 1960, the Assamese language was recognized as the state language of the erstwhile united state of Assam, and it was one of the major reasons that led to the break up of the state into bits and pieces during the period of 1969-1987. The very first state to come up, first as a semi-autonomous region in 1969, to a full-fledged state in 1972, was Meghalaya. Meghalaya derives its name from the Sanskrit word ‘megha’.

There were isolated demands of a separate state for the ‘hill tribes’ of Assam prior to 1960 and the adoption of Assamese as the state language, however, nothing was same thereafter. The tribes of Meghalaya gathered under a common umbrella, that of the Hill State Movement, which ultimately led to the creation of a separate state in 1972.

The fundamental premise on which the separation was based was the perceived threat to the hill tribes from the people based in the ‘plains’ of Assam. This brought kingdoms of the Khasis, Jaintias and Garos together like never before. And while Meghalaya as we know it now saw almost no racial or communal tensions prior to 1972, the same became a sort of annual festivity after the establishment of what is called the Khasi Student’s Union in 1978 with the motto “Mait Shaphrang Khlar Ka Ri” which loosely translates to call upon the children of the soil to strive forward. Strive for what, however?

The Hill State Movement saw active participation of the state’s non-tribals. The same people were reduced to second class citizens post-1972, stripped off basic rights like voting in Autonomous District Councils, being represented in the same councils and with time gradually, getting hold of jobs in the state. Over time, non-tribals were prohibited from purchasing properties in the state.

The reservations were made available only to the tribal populations, with non-tribals not getting even a fraction of what we deserved. Slowly and steadily, a vicious plan started being effectively executed. While many may laugh at the thought of it, the people facing the brunt of this plan would tell you that it is a reality, and has seamlessly been very successful thus far.

The plan is the ultimate eviction of non-tribals. When Tathgata Roy, the Governor of Meghalaya says that the condition of nob-tribals in the state is similar to that of the plight of Kashmiri Pandits in 1990’s, he says it as a person who has been brought up in Shillong. The only difference between us and the Pandits is that we cannot claim to be original inhabitants of this land, as opposed to the claims of the majority community here, who seem to be owners of this piece of land since the Neolithic age. 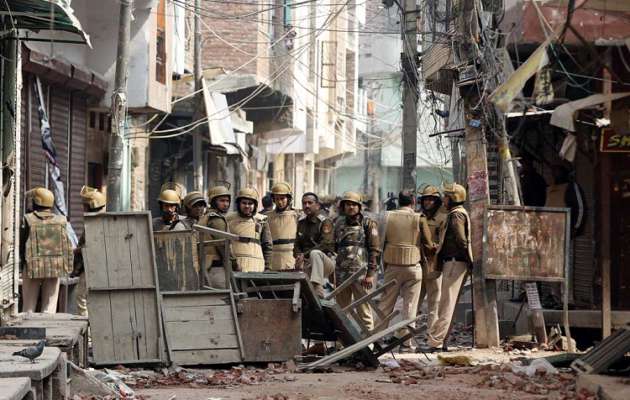 This, despite the fact that Meghalaya today is whatever little it is, courtesy the non-tribals. Remove non-tribals from the equation in Shillong, and this city will barely qualify as a state capital. Now while we may not have the luxury to call ourselves the rightful owners of this land, we can nevertheless, with a sense of confidence say that we are no novices here. A large portion of the non-tribal population traces its history to these hills back to the 19th century. Shillong’s beauty, its climate and freshness attracted a number of non-tribals from across the country to begin a new life here, from scratch. The non-tribal populations are highest in three districts of the state (as per the 2011 census). West Garo Hills has a non-tribal population over 17%, East Khasi Hills (including Shillong) has approximately 11.5% of us and then comes Ri Bhoi with 9%.

Hindus comprise the largest minority in the state. What staying under a majoritarian landscape feels like is best experienced in this state. The others across the country crying over majoritarian hegemony, frankly, have no idea what it is like.

Now while Meghalaya was peaceful until the creation of the KSU, something happened post 1978. Non tribals have been leaving the state since its statehood. Who would want to stay in a state with barely any rights and opportunities? To expedite the migration, however, pressure groups found a formidable tool – violence. There is hardly any non-tribal community which has not fallen prey to these regular spurts of violence, however, the very first community to be victimized was that of Bengalis. Majority of Bengalis in Shillong trace their ancestry back to Sylhet, now in Bangladesh, many of whom were brought by the British and many left their homeland prior to 1971, before the creation of Bangladesh. While many escaped Islamism in 1971, little did they know about what was in store here.

On the night of Diwali, Bengalis celebrate Kali Puja. On the Diwali of 1979, though, the forced ethnic cleansing of dkhars was initiated in the capital, against Bengalis. KSU activists, allegedly, desecrated the idol of Goddess Kali, for which the devotees thrashed them. Here started the ‘Beh Dkhar‘ movement, which meant ‘chase the non-tribal out’. Bengali-run shops were forcefully shut, religious rights were trampled upon, tenants were evicted and residences were attacked. Several Bengalis were killed.

The violence of 1979 and early 1980’s led to the exodus of 20,000 Bengalis out of the state. The riots continued for a major part of the 80’s and climaxed in 1987, with year long curfews in place, and targeted killings of non-tribals. By now, there was a new entrant to effectuate the ‘Beh Dkhar’ movement. A militant group – the HNLC had taken birth, inspired by the sub-militancy of student unions. The HNLC conducted daylight killings, without fear of the law, or the Indian state. As a matter of fact, this organization demanded secession from the Indian state for the state of Meghalaya. Of course, it has been dealt with and is now close to extinct. However, while it was at it, it haunted the non-tribals of the state like nobody else. The difference between what happened in 1979 and the early 80’s, to what happened in 1987 and thereafter is that the targets shifted from being Bengalis alone to anyone not resembling a tribal.

1979 to 1990’s saw killings, rapes, extortions and kidnappings like never before. The Shillong as we know it today, came to existence in the later part of 2000’s, after the HNLC was tamed. What we now know Shillong to be is a cool, music-ridden and modern city. It has, however, seen bloodshed over a prolonged period of time, perhaps like nowhere else in the country.

Shillong hit the headlines for violence in 2013, after a sufficient gap. This was the beginning of a fresh, and violent agitation for the implementation of the redundant Inner Line Permit system in the state, to  check ‘influx’ of non-tribals and illegal infiltrators. Some were burnt alive, some had their businesses destroyed, while others were extorted, not to mention the omnipresent threat to all non-tribals in the state.  Shillong was back to its savagery.

In 2018, the Sikh-Khasi clashes changed some equations. How an altercation between not more than five people brought an entire city to shutdown is of course not comprehensible to many, but for many who know the realities here, it made sense to shut the whole state down. For what went down between not more than five people would become the premise of large-scale violence.  As a matter of fact, however, it did not. What happened in 2018 has never happened on a scale it did. Shillong hit the headlines. The violence was making news. Delegations of Sikhs, ranging from the SGPC, the Akal Takht, DSGMC, Khalsa Aid and NHRC were flying down here to take note of the situation. This had never happened before. People effecting violence in the state against non-tribals have never been made accountable. In 2018, however, they were held accountable.

And of course, we now come to the latest series of events which triggered stabbings of non-tribals in Shillong. An anti-CAA KSU gathering was attacked in Ichamati by Bangladeshis, which resulted in the death of a KSU activist. The next thing we know, local media pins the blame on non-tribals, and 85-kms away from Ichamati, 11 non- tribals are stabbed in Shilong.

Why have I almost described all these instances of violence in Shillong? For the simple reason that with every clash reported and every non-tribal attacked, the non-tribals become determined in their resolve to quit the state and begin a life elsewhere as soon as possible. No non-tribal student wants to remain in Shillong for the large remainder of his or her life. Why would anyone want to stay in a state where they are treated as lesser beings, constantly assaulted and asked to remain in their limits? Why would anyone stay in a state with next to no employment opportunities? Why would anyone stay in a state, only to constantly be wary of some family member being harassed in some corner of the town? Almost no working class parents want their children to remain in Shillong. The children of businessmen are left with split minds, and those who do stay back, know the probable consequences. 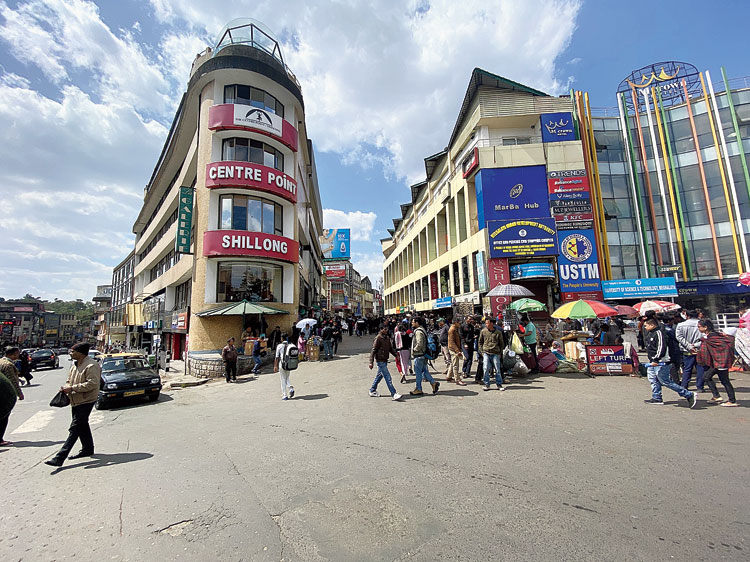 With every student migrating away from the racial xenophobia of this state, one family is also migrating. Elders sell off their properties to settle with their children in mainland India. As a result, the non-tribals are slowly being driven out. Just when everything seems to be normal, a reminder like last week comes to haunt us. There is no generational continuity of non-tribals in the state any longer, and in some years from now, the non-tribal population will be close to extinct in Shillong, at least. And that is what the pressure groups have been working for, since their inception.

And yes, I made a clear and glaring distinction between mainland India and Meghalaya, unapologetically so. One must act like a mainlander to be regarded as one.

India gets closer to its infrastructure dream, thanks to falling oil prices and low interest rates