What a lovely alliance!

Ever since the formation of Hemant Soren’s government in Jharkhand, RJD president Lalu Yadav, who is convicted in the fodder scam and lodged in Birsa Munda Jail, is flouting jail manual every day by holding ‘political-darbars’ in the RIMS Hospital, Ranchi. Lalu Yadav is under judicial custody and is admitted to the paying ward Room no.11 of the RIMS hospital, Ranchi on health grounds.

A report by Dainik Jagran has emerged where the former CM of Bihar can be seen surrounded by over 10 persons in the hospital compound. Although Saturday is the day when visitors are allowed to meet Lalu but courtesy the unholy alliance which has won Jharkhand, Lalu and his charades have been given a free-hand. This, when RJD bagged a total of one seat in the Jharkhand Assembly elections. 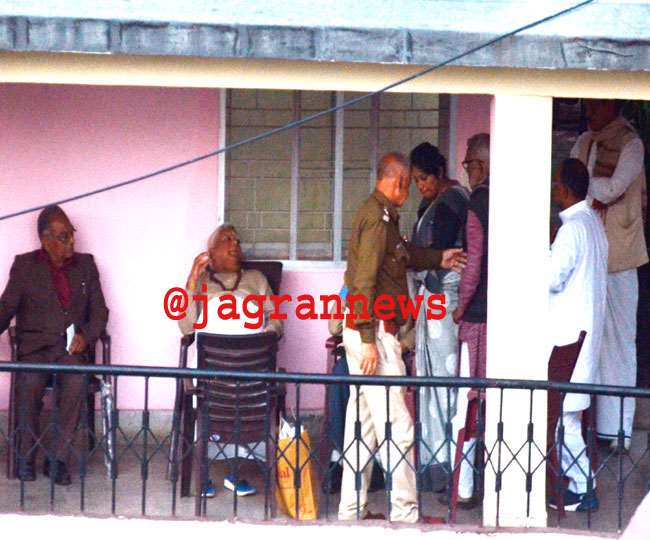 Lalu Yadav is admitted to the hospital under judicial custody under the surveillance of police personnel but it does not seem to have any real effect as a police personnel was seen escorting Lalu’s guests in the hospital. This is not the first time that Lalu has violated the Jail manual. Immediately after the victory of the JMM-Congress-RJD alliance, on December 26, Lalu met former Bihar Agriculture Minister Narendra Singh and a dozen other people which by all means violated Jail manual.

Earlier as well, when Hemant Soren was the  Chief Minister of Jharkhand and Lalu was lodged in Hotwar Jail in 2013-2014, Jharkhand Ministers visited the Jail almost every day and served him homemade food.

The scenario changed when Lalu was put behind the bars in December 2017, and Raghubar Das-led BJP government enforced strict regulations and guidelines. During the period, even Lalu’s family members were not allowed to visit the jail except on Saturdays. Lalu’s son Tejashwi was also denied meeting beyond 5 pm, even on Saturday, for which he would often cite the politics of vendetta, alleging that the BJP wants to kill his ailing father.

Lalu might be in jail today due to his massive corruption scams, but he definitely carved a niche and a place in the regional politics of Bihar. And therefore it looks like Lalu Yadav from RIMS hospital compounds is trying to get back into the game all by himself. The assembly elections in the state are due later this year and Lalu has started with the preparations after his sons spoiled the party’s legacy and prospects in the general elections of 2019. Both Tejashwi and Tej Pratap have took fortunes of RJD down the drain since inheriting the party power.

In the Lok Sabha elections, the leadership feud between Lalu family became one of the main reason for RJD’s defeat. The RJD performed dismally in the elections as it was the worst performance by RJD in any LS election in the last 22 years. The party contested on 19 seats in alliance with Congress and four other regional parties under the umbrella of the Mahagathbandhan (Grand Alliance) but miserably failed to open its account.

Before the announcement of LS elections, there was a clear rift between Misa Bharti, Tej Pratap Yadav, Tejashwi Yadav, all within the RJD family. Be it ticket distribution or election campaign, Tejashwi was seen dominating his siblings. Misa Bharti had aspirations of sitting on the family throne from the beginning and Tej Pratap was in a state of rebellion throughout the elections. The suicidal trio threw the legacy (tainted-legacy) of Lalu Prasad Yadav into the trash-can. 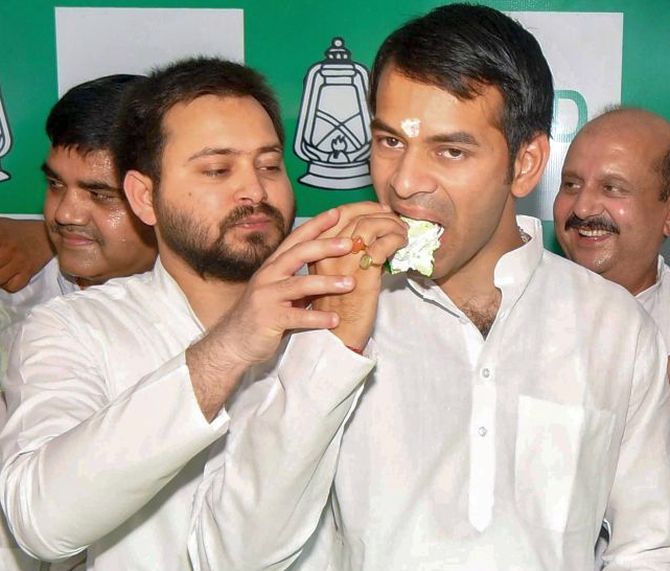 “The ongoing feud between Tej Pratap and Tejashwi has led to the party’s worst performance ever in the Lok Sabha polls,” RJD senior leader and former union minister Raghuvansh Prasad Singh had said about party’s performance last year. The constant in-fighting and lack of connect on the ground led to the poll debacle and RJD losing its long-held political ground in the state. Something, which might not have gone down well with Lalu.

Dynasty politics runs deep in India, it has been rooted in the DNA of politicians and they do not leave any stone unturned to make their children the ones who are next to ascend the family political throne. But not all heirs who inherit a thrifty political career from their political stalwart parents stand the test of times. A classic case study is Lalu’s two incompetent sons.

The two new generation leaders took reins of the party amidst much fanfare and enthusiasm, but due to their surface-level knowledge of politics and inability to gauge the public sentiment, they immersed themselves and their party’s fortunes in deep waters. Being born with a silver spoon does not guarantee success in politics. Lalu, the father, and politician learnt this the hard way.

Hoardings across Lucknow: Anti-CAA rioters got caught by drone, paid lakhs, signed bonds but Yogi Sarkar is not done yet