Of Thackerays & Reddys: New State Govts are killing India’s image as a business hub to fortify their political base

The above two headlines are from two reported stories, where the new government, just after a few days of coming to power, stopped all ongoing projects of the previous governments.

The inability of the state in ‘enforcement of contracts’ and lack of continuation in policies hamper its ability to attract investment for long term projects; because the companies fear that they could lose the project with the change in the government. 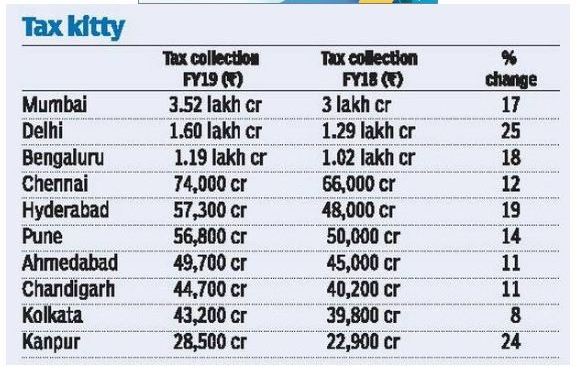 Congress party ruled the state of Maharashtra for most of the time since independence and the party leaders were more interested in distributing sops in the Pune region, as it was their political base while ignoring Mumbai. Since the BJP government came to power at the centre and in the state, public investment in infrastructure has witnessed a boost.

But, these projects have come to a halt as the three-party alliance government came to power. The important infrastructure projects of Mumbai Metropolitan area -The Bullet Train, coastal road project, the Versova- Bandra sea link, building a third bridge over the Thane creek have come under the scanner of the newly forged alliance. These projects are crucial for the development of Mumbai, which suffers from a tier III public infrastructure facility, despite contributing highest to central government and states government’s kitty.

The ‘local trains’ which are considered lifeline of the city carry three times more passengers than their capacity. Commuting in local trains is an agonizing experience. The Indian authorities describe crowding in suburban railway as ‘super-dense crush load’. Almost 7 million (70 Lakh) people travel daily through the Mumbai suburban railway. But at the same time, at least eight people die daily while commuting in local trains. In the first 11 months of 2018, 650 people died due to falling off the train and even more lost their lives while crossing the tracks.

The cost for the majority of these projects is one the shoulders of either international financing agencies like JICA, World Bank, or central government; only a small portion is being contributed from Maharashtra government’s coffers. Still, the alliance government has put a halt on these projects, only for ideological commitments.

The halt of these projects will not only harm India’s position as a pre-eminent investment destination but also push Mumbai two decades back. The people of Mumbai have suffered for decades; the Fadnavis government’s commitment to improving the infrastructure of Mumbai was a ray of hope for them, now with the alliance government at the state, the suffering of Mumbaikar’s posed to be extended for few more years.

The Andhra Pradesh government, in the last 6 months, stopped many projects started by the TDP government. This will harm India’s position as a potential economic superpower.

So far, the state government has not been able to match the central government’s enthusiasm for the ease of doing business and the enforcement of contracts. The state governments work in a partisan manner and therefore are vindictive towards the projects finalized during the previous governments.

The states must understand that the onus for economic growth does not lie only on the central government, the state governments must participate actively to improve macroeconomic stability and ease of doing business. Only then, double-digit economic growth is going to be a reality.