Newswire
US, Japan mull to evacuate citizens from Wuhan 1 hour ago
Forget fads, go for ‘great-granny’s diet’: UK surgeon 1 hour ago
R-Day celebrated in minus 10 degrees in Himachal town 1 hour ago
This skin cream may protect against dengue, zika viruses 1 hour ago
Philander fined, handed demerit point in farewell Test 2 hours ago
Torrential rain claims 30 lives in Brazil (Lead) 2 hours ago
Next
Prev

by Amit Agrahari
in Economy, Economy1 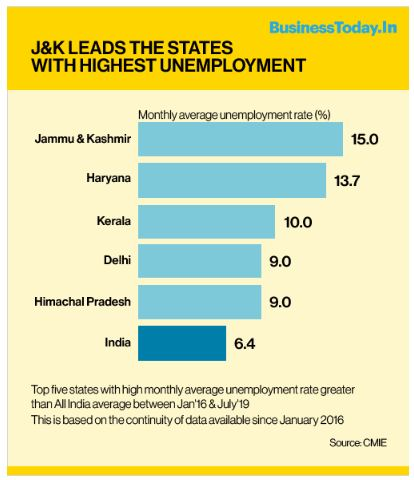 The manufacturing activities in the state have been limited to handicrafts. The manufacturing in other sectors has not picked up and the government spending on industry declined from 0.13 percent of state GDP to 0.09 percent in 2016-17. 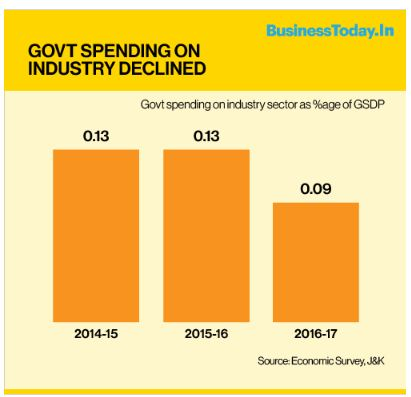 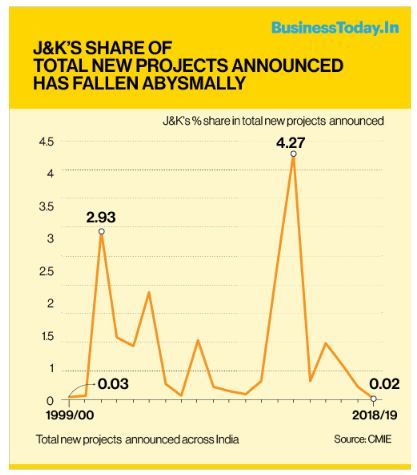 Another big project announced in the state is Steelbird Helmet manufacturing unit. The company will set up a manufacturing outlet before the investment summit which is announced to be held in the month of October.

Uday Kotak, President-designate of Confederation of Indian Industry (CII) and veteran banker has called for investment in the state. “The region’s per capita NSDP at Rs 63,995 stands at about 55% of the national average, and agriculture accounts for 80% of the output. Strong efforts from the Government and industry, including local businesses, are the need of the hour to raise its growth rate and create new opportunities for employment and livelihoods,” said Kotak.

Amul, the popular dairy products cooperative has expressed interest about investment in the region. Lemon Tree, major players in the hospitality industry has proposed two new hotels in Gulmarg and Sonmarg with 35-40 beds capacity. The company already has hotels in Katra, Jammu, and Kashmir.

CII is partnering with the government of Jammu & Kashmir to organize investors summit in October this year.  “CII would continue to work with the new administration in the two union territories of Jammu and Kashmir and Ladakh for ensuring faster development in this vital region of the country,” said the industry body.

But Jammu & Kashmir is one of the most pampered states of the country with 73.6 percent of the state’s total revenue from central government while the state generates only 26 percent of total revenue. So the state is better compared to other North Indian peers because central government spends a lot. As per an article published by The Hindu on July 24 written by TCA Sharad Raghavan, J&K gets 10% of central funds with only 1% of the population.

With the United Nations threat, Imran Khan has walked right into the trap of Narendra Modi

Sister Lucy, nun who protested against rape accused Bishop Franco Mulakkal, gets expelled by the Church over 'lifestyle'