Kashmir: Most pampered of all states in India 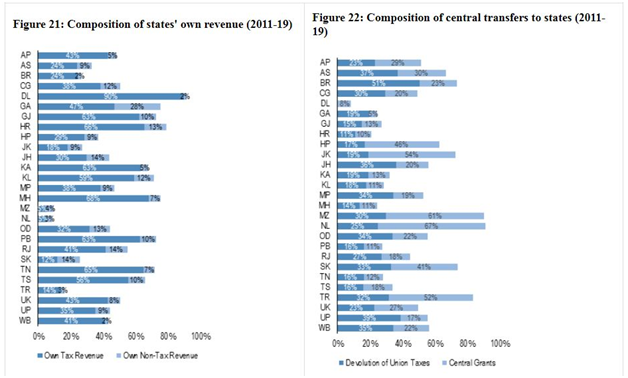 The central government is going to transfer 39,430 rupees per person to the state during 2018-19 only through grants and devolution of taxes. This is in addition to railway, roads, and tourism and power projects by the central government in the state. The infrastructure created by the armed forces for their own movement comes as extra. There are more than 4,70,000 security force personals deployed in the state of Jammu and Kashmir which adds to its consumer base for the locally manufactured products. As GST is consumption driven indirect tax, the consumption by four lakh and seventy thousand security forces personnel helps in the state’s GST collection.

There are 4.8 lakh government employees and 1.5 lakh pensioners in the state. Given the population of the state being around 1.2 crore, almost 5 percent population of the state is on government’s payroll. This is among the highest in the states of India, even the conservatives agree that the state needs less number of government employees than it has currently.  The money to pay these employees comes from grants by central government. Modi government has been extremely generous towards Jammu and Kashmir. The grants by central government have increased exponentially in the last four years from 16,149 crore rupees in 2014-15 to 34,330 crore rupees in 2018-19. Therefore the grants by center doubled in the last four years under Modi government.

Among the large states of India, Jammu Kashmir is the most ‘pampered’. The state generated only 27 percent of revenue from its own resources compared to 51 percent for Uttarakhand which has the almost same population base. The states like Maharashtra and Tamil Nadu generate 75 percent and 72 percent of total revenue form their own resources.  “In general, the special category states get a higher share of central grants, and Jammu and Kashmir being one of them will also get such treatment,” Tapas Sen, a professor at the National Institute of Public Finance and Policy (NIPFP), and a long-time researcher on state finances, told The Hindu. “But even among them, Jammu and Kashmir is getting a higher share due to its disturbed status and its border with Pakistan.”

As per a study of central government grants to states from 2000 to 2016, Jammu and Kashmir got 10 percent of total grants despite only having 1 percent of the total population. An average Kashmiri receives 10-12 times more money compared to a person living in the state of Uttar Pradesh.

The people in Jammu and Kashmir live on the money paid by hard-working taxpayers of the country and yet some alienated youths from the state pelt stones at armed force personnel and the government employees of the state. Indian citizens understand the disturbed border situation in the state with Pakistan, and completely agree the need for supplementary monetary grants to the state. What they don’t understand is the dire need to implement special privileges and autonomy for Jammu and Kashmir, which is only just alienating state.

The reason why Imran Khan is on his way out