The budget of the state was focused on the agriculture sector which employs more than 53 percent of the state population. In the last five years of Fadnavis government, Finance Minister Sudhir Mungantiwar has focused solution to rural distress in the state and increased the capital investment on farm sector related to rural infrastructure.

Maharashtra is among the most industrialized states of the country with 33.6 percent contribution of industries in total GDP while agriculture contributes a mere 11.9 percent. But more than half of the state’s population is employed in agriculture and therefore reform in the sector is necessary for improvement in the quality of life of poor people in the state. 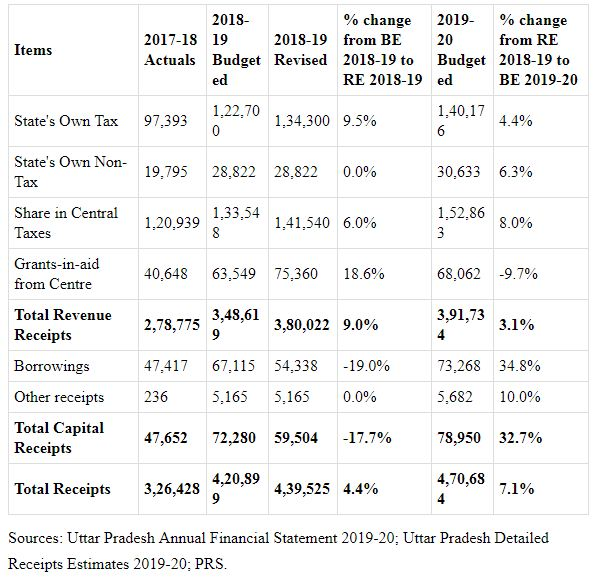 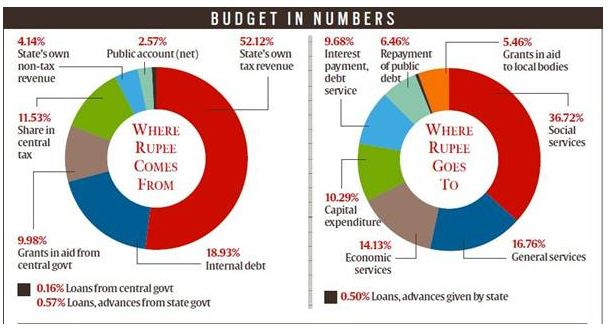 The state spends more than 17 percent of total expenditure on interest payment and repayment of public debt. One of the best parts about public expenditure in Maharashtra in that 5.46 percent (22,000 crore rupees) goes to grants in aid to local bodies which is among the highest in the states. Other states just talk about the democratization of decision making by the empowerment of local bodies but Maharashtra government actually followed it through the transfer of funds.

In the last five years, agriculture has been the focus of the Fadnavis government. He has worked towards the removal of the ‘middlemen’ from agriculture and bringing free-market policies to deregulate the sector. The credit cooperative societies, sugar mills, Agriculture Market Produce Committee (APMC) has been politicized under the Congress and NCP. The political involvement made these institutions very inefficient which ultimately hurt the farmers. The deregulation of the sector has benefitted the farmers and clout of middlemen is gradually decreasing.

The ongoing loan waiver scheme will be enhanced to include the neediest farmers. “The government is going to take a decision shortly to give benefit of this scheme to even those farmers who became ineligible due to technical reasons. There won’t be any shortage of funds,” said Mungantiwar. The government’s focus in next year will be on improvement of irrigation facilities and to set up the value chain for the sale of agricultural produce. 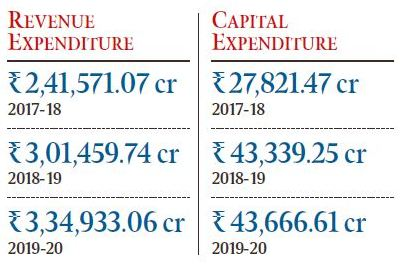 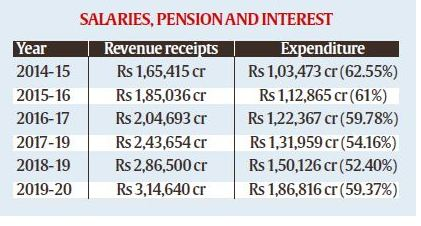 The revenue receipts of the state increased exponentially in the last five years. This was due to the widening tax base and increased devolution of taxes by the central government. But the expenditure increased at the same pace and the difference between both could bring down only by 3 percent. This left little space for increase in capital expenditure. In the last fiscal year, CapEx increased by more than 50 percent but this year it increased not even by 1 percent. To compensate for downfall in capex, the state has taken off-budget financing route like the central government to finance big-ticket infrastructure projects- Mumbai Metro rail projects and the Mumbai-Nagpur Samruddhi Corridor.