As Goa mourns the demise of its tallest leader, Congress indulges in desperate power politics

Even as Goa mourns the demise of CM Manohar Parrikar, Congress has shamelessly started indulging in desperate power politics. The Rahul Gandhi led party wrote a letter to the Goa Governor, staking claim to form the government in the state of Goa. It seems that high on megalomania, the Rahul Gandhi led party has forgotten all principles of morality, it wants to somehow come into power by hook or by crook. Congress could not have stooped any lower even by its disgusting standards. At a time, when the state mourns the death of a leader loved deeply by the people of the state, all the grand old party can think is how to form a government in the state.

Congress yet again stakes claim to form Govt in Goa merely hours after Goa CM Manohar Parrikar’s unfortunate demise. Shouldn’t they at least wait for his funeral and national mourning to end to take this step? pic.twitter.com/74Fbr90khn

Congress went to the extent of writing a letter to the Governor of the state in order to claim its stake to form the government in the state. The letter made a mere formality of condoning the demise of CM Manohar Parrikar. In one casual sentence, it stated, “We deeply mourn the sad demise of Shri Manohar Parrikar, Chief Minister of Goa.” The rest of the letter was a gross and insensitive attempt at coming into power in the state. 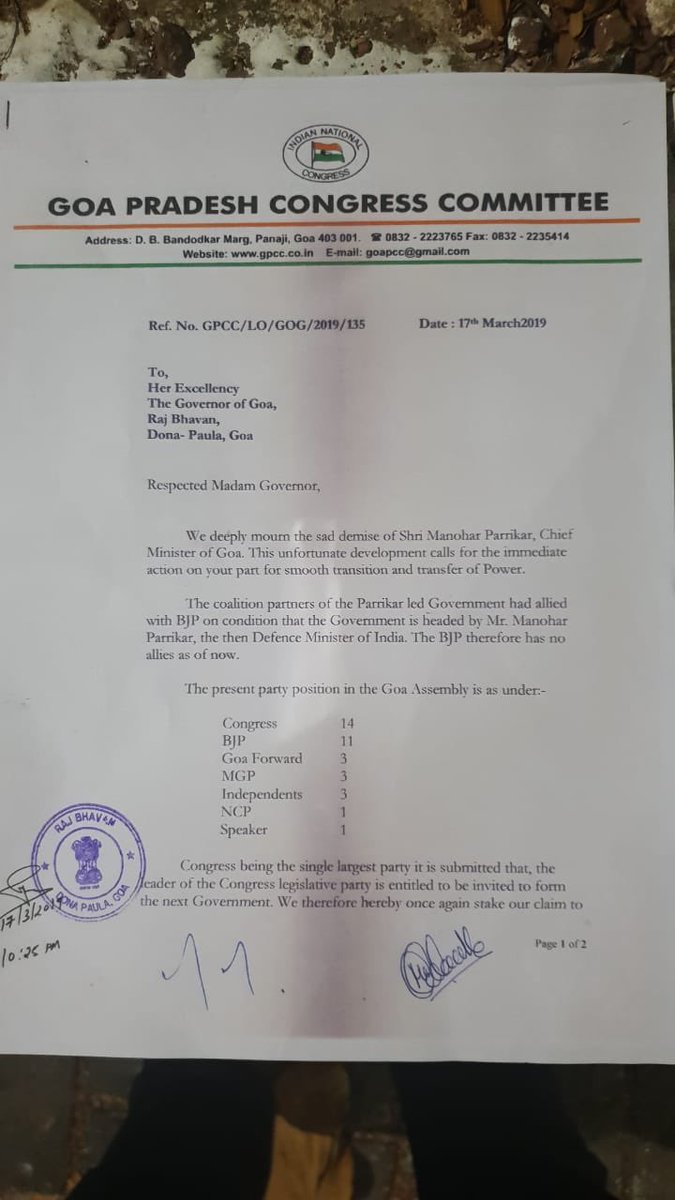 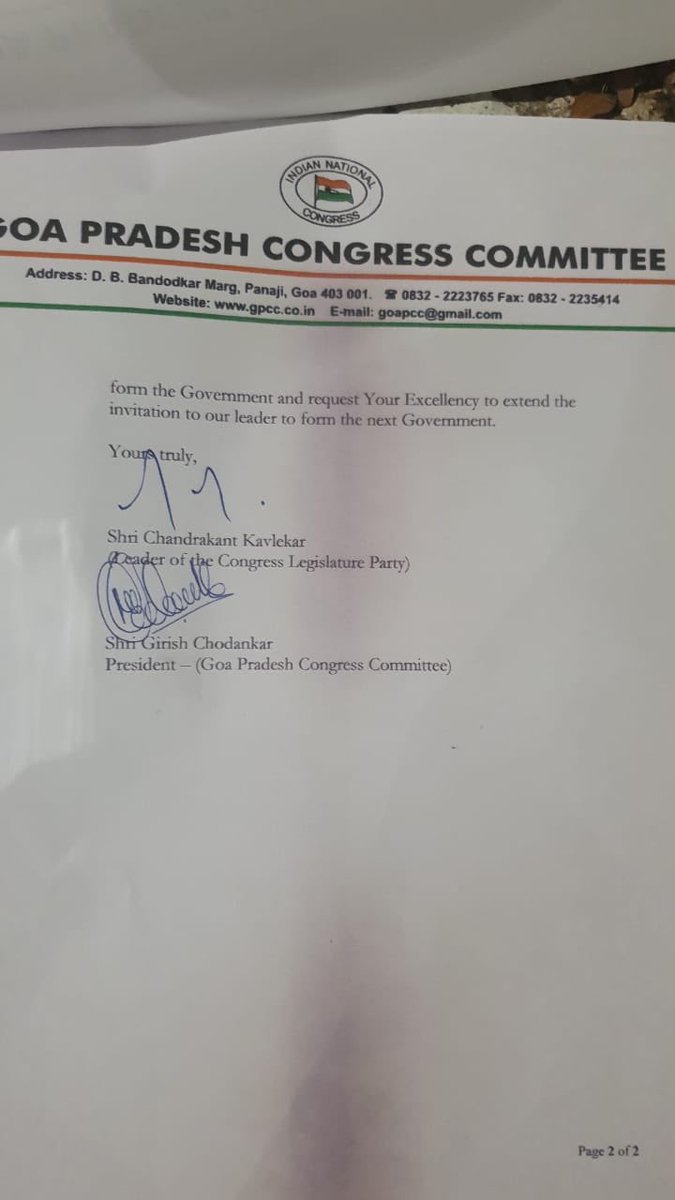 The letter went on to state, “The unfortunate development calls for the immediate action on your part for smooth transition and transfer of power.” Even as the people of Goa are in a state of deep mourning and sorrow, Congress wants to quickly come into power in the state. The desperate party led by Rahul Gandhi has no shame or regard either for the late Chief Minister or the sentiments of the people of the state. However, as the letter proceeds, it only gets from bad to worse. It went on to state, “The coalition partners had allied with BJP on condition that the government is headed by Manohar Parrikar who was the then Defence Minister of India. The BJP has no allies as of now.”

6 times when Manohar Parrikar proved what a Legend he was