Newswire
Bhuvan Bam attends World Economic Forum 2020 in Davos 1 hour ago
11K tribals’ names to be deleted from Mizoram voters list 1 hour ago
Aadhaar, hartal feature in 10th edition of OALD 1 hour ago
Himachal court pulls up roadways over dues settlement 1 hour ago
SRK having ‘major FOMO’ thanks to Abhishek Bachchan 1 hour ago
Understanding different shades of grey, coping with change, of leadership in sports & life (IANS Books This Weekend) 1 hour ago
Next
Prev

China inflated its growth story for almost a decade

The trend in the last few months gives a clear indication that the Chinese growth story is over. For almost 4 decades, the Chinese economy registered near a double-digit growth but now it is not able to sustain the same. In fact, a research paper published by Brookings Institution argues that the provincial authorities in China inflated growth figure for nine years. The paper’s analysis covers the period of 2008 to 2016 and it was found that the Communist government inflated the growth figure by 2 percentage points. Therefore the actual size of Chinese economy is one seventh (almost 16 percent) smaller than what is being claimed by National Bureau of Statistics of China. 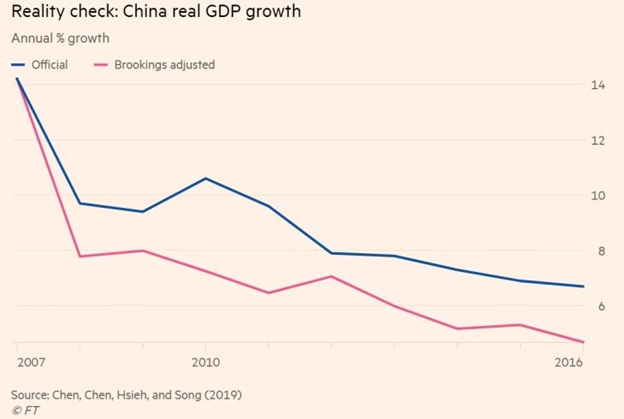 This puts huge pressure on Communist government which is already struggling due to the slowdown in the economy. The economists and researchers around the world were sceptic about Chinese growth figures for long because the sum of provincial GDP figures of the country exceeded the national figure. For decades, GDP figures were given ‘supreme importance’ as the promotion of state officials was based on GDP growth of the region. To get promoted, the local politicians started fudging economic data and this became a huge problem in the last decade. The National Bureau of Statistics acknowledged the fact and said that “some local statistics are falsified”. 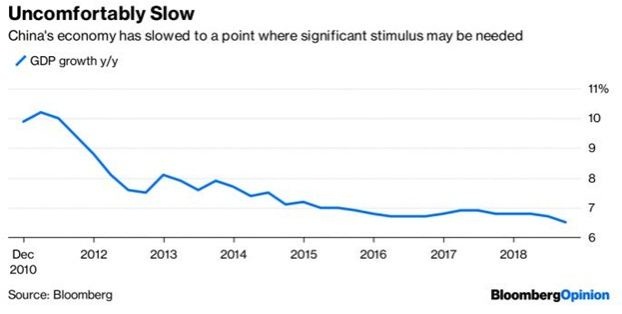 “Since local governments are rewarded for meeting growth and investment targets, they have an incentive to skew local statistics,” said the publishers of the paper. Some efforts were made by central government to weed out falsified claims of local officials but it proved ineffective. “NBS has done a lot of work to weed out the fake numbers added by local government, but it just doesn’t have enough power and capacity, nor the right incentives,” said Michael Zheng Song, Economics Professor at the Chinese University of Hong Kong. The Chinese policymakers have made economic growth as sole purpose of the government. The double digit GDP growth was used by the Communist party to justify its authoritarian control over the people. 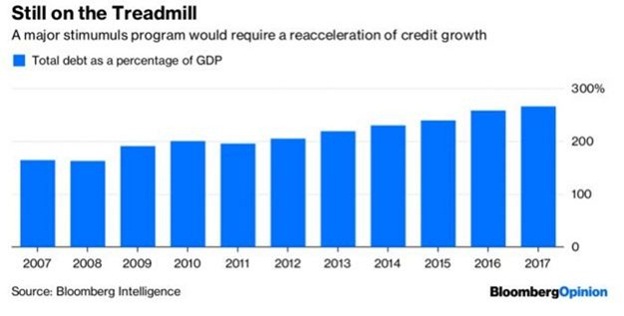 Global investors are pulling money out of China to invest in the US government bonds and in the markets of other economies like India and Indonesia because they expect better returns from there. The economy of India is driven by domestic consumption rather than exports, so it is bound to grow even in the midst of a global trade war. But the Chinese economy is facing double whammy as domestic consumption is slowing down and exports are poised to hit due to trade war. The control freak Communist regime needs to make some outstanding efforts to redeem the economy. Stimulus announced by the government did not yield any positive impact for the economy, therefore, Chinese government needs to look for alternatives.

George Soros is unhappy with PM Modi. PM Modi must be doing everything right

Lynching, beating and molestation in the name of Anti CAA protests