An online survey conducted by The Economic Times revealed that a large number of people approve of the radical economic measures taken by the Narendra Modi government. The survey further extended the need for taking forward these policies in the budget of 2019. Not just that, a lot of people believe that the economy has improved under PM Narendra Modi.

Moreover, there are speculations that the Modi government may come up with various initiatives for the middle class in the upcoming budget. Though the Modi government was not able to secure the mandate in the elections in Hindi heartland states, the survey revealed that people are well aware and appreciate the Modi government’s performance in matters regarding economics . While the masses generally seek sops from the government, this time they also wish that government take strict actions to focus on maintaining economic growth.

The question of ‘whether the economy has improved under the four years of the Modi era?’ can be answered with data. Almost 80 percent of the total participants responded positively. 51 percent of the participants clearly said “Yes”, while 18 % of people clearly denied it, rest of the 28 % were somewhat satisfied and 3 % of survey takers preferred not to make a comment. 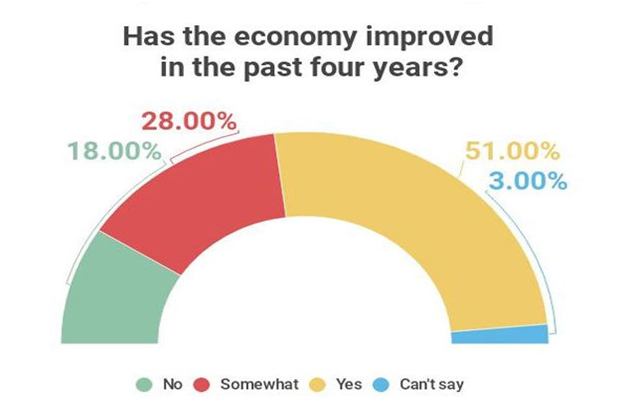 On the issue of the implementation of the Goods and Service Tax (GST), 62% of the participants claimed that it has overcome the initial hiccups. No matter what the opposition claims, the survey clearly shows that citizens are happy after getting relief from the crackdown on tax evaders.

The GST was expected to be disruptive and harmful to the Indian economy in the short run, over one or two years, but it proved to be less disruptive than was expected by the Modi government. the GST proved very effective in widening the tax base of India, and helped  increase indirect as well as direct tax revenues in the country.  The number of direct taxpayers increased from 6 million to 10.6 million in the fiscal year 2017-18 which is a huge positive effect of the GST. 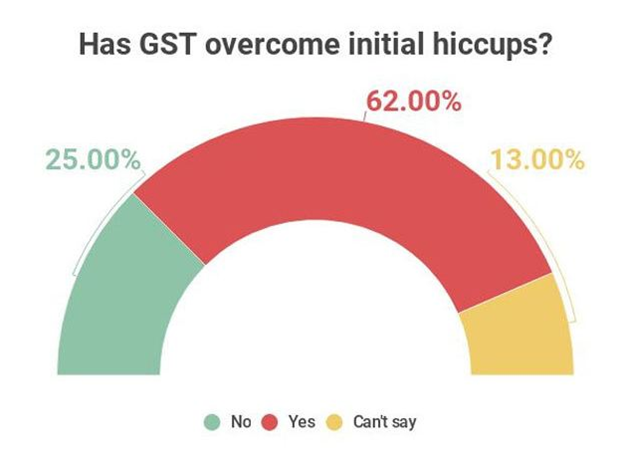 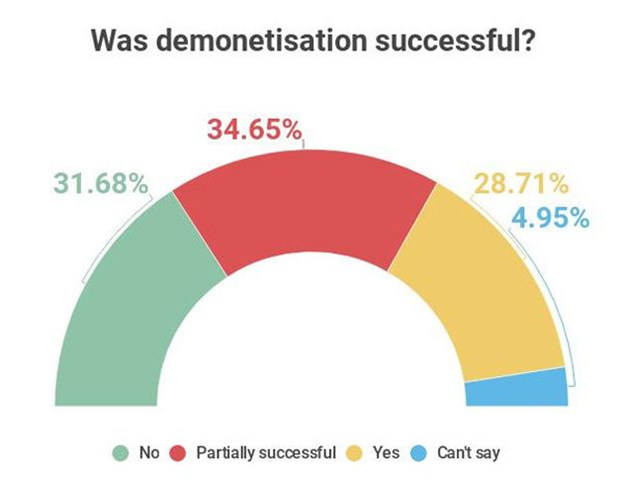 On the visionary ‘Make in India’ program, 18 per cent among those who took the survey claimed that it is successful while 59 per cent said it had made a moderate impact and 18 per cent said it was a failure. ‘Make in India’ is the flagship initiative of the Modi government. In the last four and half years, various efforts have been made by the government to promote the manufacturing sector in India.

The survey conducted by the media agency will surely give nightmares to all those propaganda peddling machines who try incessantly to malign the good deeds of the Modi government.  It further goes on to prove that radical reforms like Demonetization, GST and Make in India have not only been successful but have also been well received by the people.