Newswire
Trump vs Fauci reaches fever pitch as WH smear campaign rages (Ld) 1 hour ago
Tahir Raj Bhasin is glad that people will experience ’83’ in theatres 2 hours ago
More people could slip into hunger as result of COVID-19: UN Chief 2 hours ago
17 US states sue Trump administration over visa rule on foreign students 2 hours ago
Nations heading in wrong direction with Covid-19: WHO 2 hours ago
‘Most UK businesses unprepared for end of Brexit transition period’ 2 hours ago
Next
Prev

Congress party in last six decades ran governments with a culture of delaying projects in the country. Every project was being delayed for years due to a variety of reasons including sluggish bureaucracy and corruption prevalent in the Congress regime. Modi government is trying to speed up things since it came to power in 2014. Many economic reforms, policies, and infrastructure projects which were being delayed since decades have been completed in four and a half years of Modi government.

Some important reforms, projects, policies which were fast-tracked under Modi government are as follows.

One Rank One Pension (OROP), the scheme for armed force personnel was awaited since the time when Indira Gandhi was the prime minister. The successive Congress governments had not been able to implement the scheme which allows the same pension to retired army officials irrespective of their retirement dates. For example, a Major who retired in 1999 will get the same pension as a major who retired in 2017 gets. The government has sanctioned a budget of 8300 Crore for OROP. This step by Modi government has been praised throughout the country.

Indo-Bangladesh enclaves are the piece of lands along the border which were under the control of the other country. Since independence, both the countries planned to solve this problem by simplifying the border issue but it did not happen till Modi government came at the helm of affairs. In May 2015, parliament passed 100th amendment to the constitution in which it received 51 Bangladeshi enclaves and the neighboring country got 111 Indian enclaves. 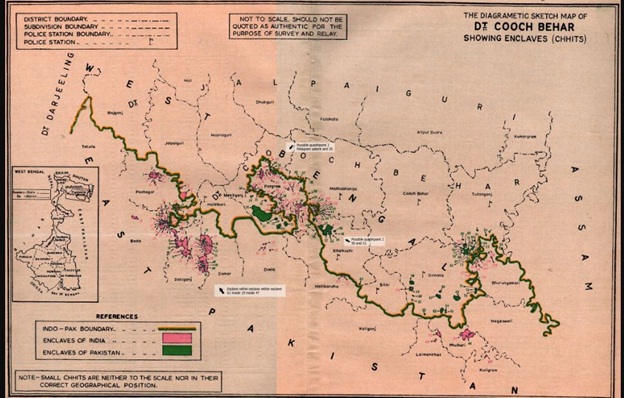 Western Peripheral Expressway (WPE) was inaugurated by PM in November last year. In 1984, the Supreme Court had ordered the construction of Eastern and Western Peripheral Expressways to decongest Delhi. The work for WPE was allotted to KMP expressway limited in 2006 and it had to be completed in 2009. However, the company could not complete the project until the end of 2014. The lackluster attitude of the UPA government and its inability to implement large projects could be assessed citing this project as an example. In January 2015, the Supreme Court of India directed the state government to scrap the old contract and award it to a new company. The Manesar-Palwal section was awarded to M/s KCC Buildcon Private Limited-Dilip Buildcon Private Limited (JV) in March 2015 and the company completed it in a record time of about 500 days against the scheduled target of 910 days. Kundli-Manesar section was allotted to Essel Infra Private Limited in July 2015 with the completion target of August 2018 with six months for obtaining financial closure of the project but the company took little longer in the handover. 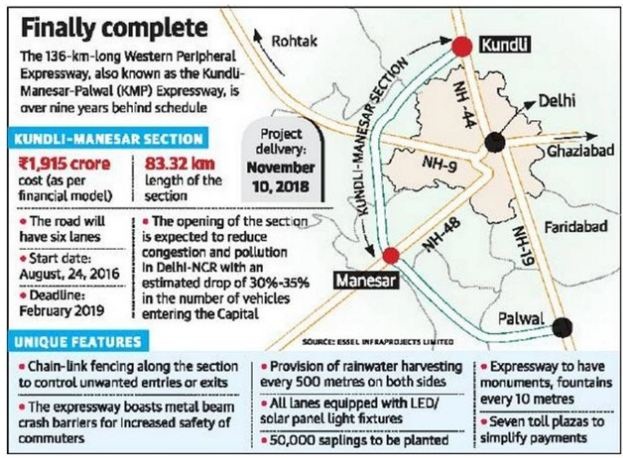 The Modi government has opened two bridges on Brahmaputra River in four years of its rule. The new Saraighat Bridge, built along the old rail cum Road Bridge was inaugurated by the Transport minister Nitin Gadkari in 2017. Last year, another major bridge was opened by Modi government is Dhola Sadiya Bridge (also known as Bhupen Hazarika Bridge) which connects the state of Assam to Arunachal Pradesh. This bridge is built on Lohit River, a tributary of Brahmaputra and is located in the northern corner of Assam near the China border. This 9.15 km long bridge happens to be the longest bridge in the country and it will make the movement of civilian and as well of armed forces easy. The strategically located bridge is very important from the security point of view in the wake of Chinese activities in Arunachal Pradesh.

The Congress party-ruled at the centre as well as had governments in the northeastern states for most of the time since independence but the connectivity to the region was not improved.

The northeastern region of the country got step-motherly treatment from central governments for decades. The connectivity to the region has been so poor that capitals of Mizoram, Meghalaya, Manipur, Sikkim, and Nagaland still do not have railway connectivity. Only Assam and Arunachal Pradesh are connected through the giant network of Indian railways. Modi government has fast-tracked the development of bridge as well as other infrastructure projects like that of railways and air connectivity to the area.

National Register of Citizens (NRC) in Assam was awaited since the time of Rajiv Gandhi. Gogoi led Congress government ruled the state continuously for one and a half decades but did not implement the bill because illegal Muslim migrants were party’s voter base. Finally, Sonowal led government implemented the NRC keeping the security of the state in mind. The Union Cabinet headed by PM Modi recently approved setting up of a high-level committee to consider into the implementation of Clause 6 of the Assam Accord.

Modi government has put an end to the culture of delaying projects which had become typical to the government of India. The government now seeks to remain few steps ahead of the corporate and collaborates with them for economic growth of the country. Modi government introduced corporate work ethics in bureaucracy. ‘Perform or perish’ mantra is being used by the Modi government and the promotion and salary appreciation has been linked to performance.