2019 is all set to begin on an explosive note for Indian cinema. Movies that are not at all pseudo secular in tone and unapologetically nationalistic by approach are all set to dominate the Indian cinema, irrespective of the language. Be it the biopics on NTR, Rani Lakshmi Bai, Balasaheb Thackeray, Jaswant Singh Rawat etc., or movies like ‘Uri – The Surgical Strike’, ‘The Accidental Prime Minister’, 2019 is all set to begin a new chapter of unapologetic cinema in Bollywood.

As such, how could our beloved Khiladi Kumar not join the mega-fest? Famous actor Akshay Kumar, who had a field day in 2018 with movies like ‘Gold’ and ‘2.0’, is all set to repeat his success story in 2019, with 5 films lined up for release. Interestingly, 3 of his movies are well within the nationalist frame, which has made him once again a household name after years.

The first release of Akshay Kumar in 2019 is the much-awaited Kesari. Directed by Anurag Singh and produced by Dharma Productions, it is based on the legendary Battle of Saragarhi, fought between thousands of Afghan raiders and 21 Sikh soldiers of the British Indian Army. Akshay is essaying the role of the charismatic platoon commander, Havaldar Ishar Singh. 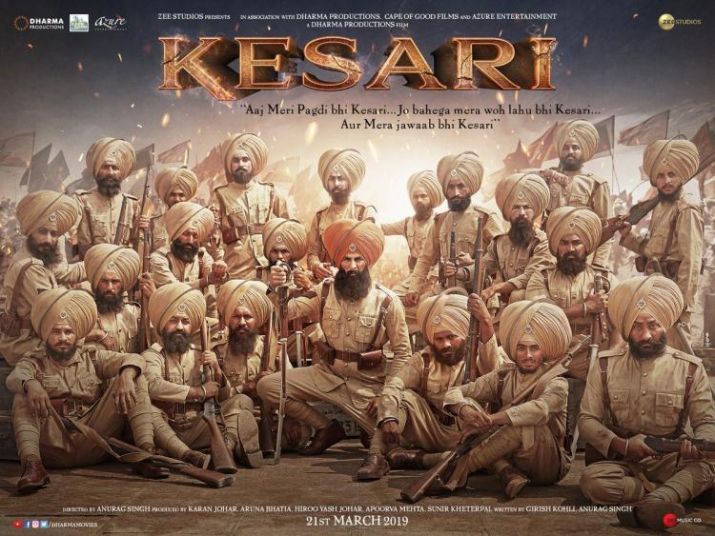 Being the first movie to be released on this subject, it would be interesting to see how he does justice to the iconic martyrs with this biopic.

The second movie with a nationalist approach is the R Balki produced ‘Mission Mangal’. Based on the legendary mission to Mars, this biopic stars Akshay Kumar, along with a host of stars, including Vidya Balan, Kirti Kulhari, Taapsee Pannu, Sharman Joshi, along with Telugu star Nithya Menen etc. All set for an epic Independence Day clash with the trilingual ‘Saaho’, as well as John Abraham starrer ‘Batla House‘, Mission Mangal attempts to give the ISRO organization their due respect with this film.

However, the third movie starring Akshay Kumar is a bit surprising. Even though this is not entirely patriotic, it is still pro India, and pro-police. Tentatively titled ‘Sooryavanshi’, this is the tale of an IPS officer who doesn’t believe in going by the book, as reflected in the cameo at the end of the recently released ‘Simmba’.

Given that most of the recent Bollywood projects tend to show the Indian policemen in a very bad light, especially as shown in ‘Mulk’, ‘Sacred Games’ etc., ‘Sooryavanshi’, which only awaits an official confirmation, looks like a refreshing deviation. Besides, given that Akshay Kumar and Rohit Shetty are apparently uniting for this project, the audiences are in for some power-packed entertainment for sure.

Besides, Akshay Kumar is also in talks for an untitled project by Neeraj Pandey, based on the recently released book ‘Bihar Diaries’, apart from the much-touted project on Prithviraj Chauhan. If they see the light of the day, Akshay Kumar is all set to rule 2019 with elan and replace the declining Khans as the new king of the box office.

India’s role in the re-construction efforts of Afghanistan

India’s infant mortality rate at a historic low, thanks to Swachh Bharat Mission

Nitish Kumar knows that he is not going to be the CM this time, but he hasn’t stopped trying