The Department of Industrial Policy and Promotion released its first-ever report on States’ Startup Ranking and Gujarat emerged as the top performer leaving behind Karnataka which is well known for its startup ecosystem. The States Startup Ranking framework was launched back in February 2018. The ranking was started to foster healthy competition among the states to encourage startups ecosystem. “I am confident that the ranking framework would promote healthy competition among the States and enable them to further learn, share and adopt best practices across the seven identified key parameters. I am sure the exercise would generate collaboration amongst all the stakeholders to turn the Hon’ble Prime Minister’s vision to have startups in every district and every block a reality” said Minister of Commerce and Industry, Suresh Prabhu while speaking on the occasion of the launch of the ranking framework. 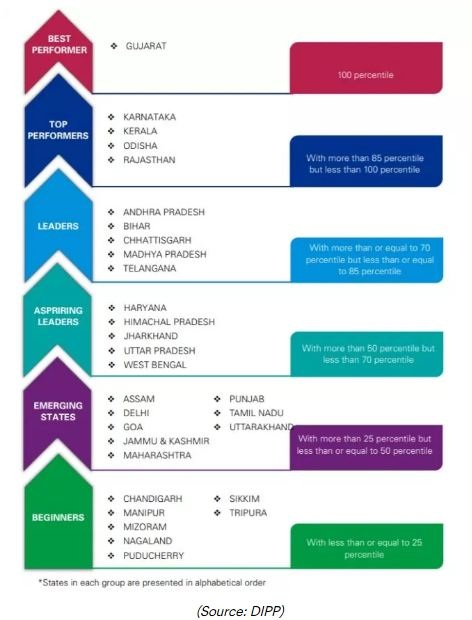 The states are ranked on 7 parameters with 38 pointers. In total 27 states and 3 union territories participated in the ranking. The seven frameworks include implementation, incubation support, seed funding support, angel and venture funding support, simplified regulations, easing public procurement, awareness, and outreach. With Gujarat getting the first position, states like Karnataka, Kerala, Odisha, and Rajasthan emerged as other top performers while Andhra Pradesh, Bihar, Chhattisgarh, Madhya Pradesh, and Telangana were put in leader’s category. Gujarat has emerged as the best state in providing strong ecosystems for startups and the credit for these goes to both the central and state governments. Small initiatives in Gujarat have systematically worked to make the life of startups easier and contributed to push Gujarat ahead of other states.

The ranking is a part of the Startup India initiative launched by PM Modi in January 2016 to promote startups in the country. The central government launched a 19 point action plan in January and asked the states to work on these plan of actions. So far 801 reforms have been implemented by various state governments to encourage the startups. Initially, only 18 states implemented the startup policy, and now the number has grown to 27 states and 3 union territories. According to DIPP, the country has 14 thousand startups across 484 districts of 29 states and 7 UTs. DIPP expects that the ranking system will play an important role in fostering competition among states. “The entire exercise was conducted in essence for capacity development and to further the spirit of cooperative federalism. Awareness workshops in all states, knowledge workshops in leading incubators, the pairing of states for intensive mentoring, international exposure visits to the US and Israel and intensive engagement between states with the Startup India team helped many states initiate effective measures to support startups,” said DIPP. 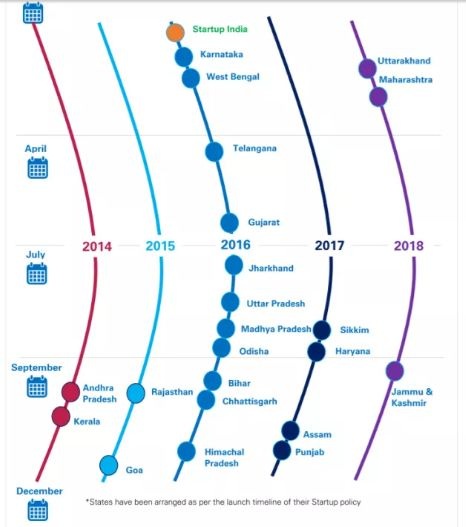 In terms of the total number of startups, comprising tech and non-tech sectors, India is among the five largest hosts in the world along with China. The number of startups in both India and China is 10,000 each. The US is at the top position in the list of 83,000 budding entrepreneurs. 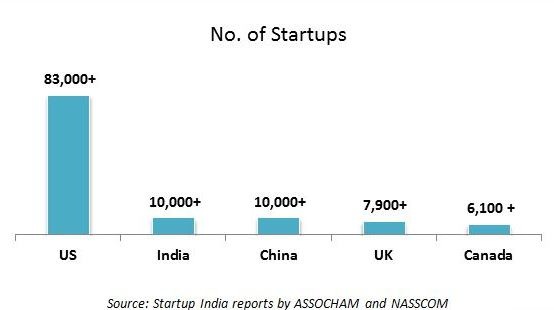 The Modi government launched two programmes named Startup India and Standup India to encourage young entrepreneurship in the country. By launching Pradhan Mantri Mudra Yojana, it seeks to give low-interest loans to entrepreneurs from an underprivileged background. The other program, Standup India is similar to Startup India but it is focused to support entrepreneurship among women and SC & ST communities. Startup India was launched in August 2015 while Standup India was launched in April 2016. The government is also working towards setting up a mechanism called SETU (Self-utilization and Talent Utilization) to provide technical assistance and incubation to startups. Apart from this, it is planning to ease out the existing regulatory regime for startups and to extend tax incentives to them.

Another nail in the UPA coffin, all 22 accused acquitted in Sohrabuddin encounter case