by S Sudhir Kumar
in Opinions
0

When Narendra Modi first visited USA in the capacity of the Prime Minister of India, an old photo of him started doing the rounds on social media. This picture was apparently taken in the year 1994, in which PM Modi is seen standing outside the White House as a visitor. 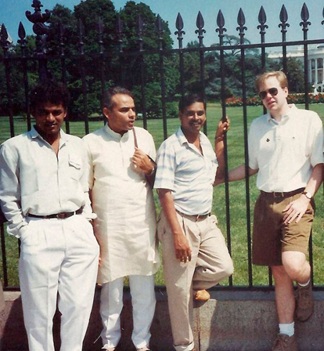 Leftmost in the photo is a familiar face for the people in Telangana and Andhra Pradesh – G Kishan Reddy, who has now completed his third term as an MLA from the Amberpet constituency in Hyderabad. He had also served as the president of the state BJP but today we shall talk about the MLA Kishan Reddy! I was reminded of this photo while listening to him speak at his “REPORT TO THE PEOPLE” function, which he dutifully submits at the end of each term. The packed hall was thoroughly impressed by the many things done by him as an MLA but also by his attention to the details at this function.

The moment anyone says CCTV, one of the first things that comes to my mind (unfortunately) is the ecstatic reaction of the social media fans of the AAP about their leader’s revolutionary promise of installing 1000s of CCTVs across Delhi. Many years into his tenure, the leader is yet to achieve what he set out to do; and instead is heavily focused on blaming the Modi government on this topic too. Unfortunately, this was yet again the first thing that came to my mind when Shri Kishan Reddy, through his slide show, told the packed hall, how he helped install a total of 77 CCTV cameras in his constituency. And not only that, the report lists out all the 77 locations, lest we think he went the Kejriwal way! 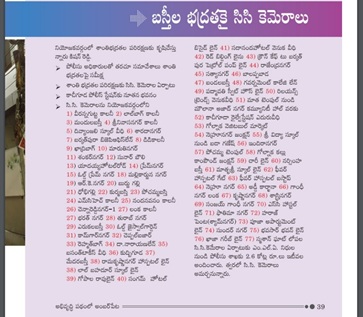 Kishan Reddy may have well gone the Kejriwal way – blame the government, the police, and the weather – but instead chose to focus on his duty as an MLA and worked alongside with the police to ensure safety of his constituents and this is paramount.

Another topic under constant debate is Swachh Bharat. While social media debates on how to keep the constructed toilets clean, very calmly, Shri Kishan Reddy has arranged for a unique “Toilets cleaning vehicle for Government schools” in his constituency. This vehicle goes to all the government schools in Amberpet daily and clean all the toilets by using the appropriate chemicals and not merely throwing water on the floor and sweeping it away. I found this approach unique and quite result-oriented. While most of us are keen to criticise politicians, it is unfortunate that in this media jamboree we lose sight of these small, yet important things like MLA Shri Kishan Reddy and what they do for their constituents. Even more unfortunate is that all MLAs in the state haven’t learnt and picked up such a unique initiative in their constituencies too, which they should have done by now. 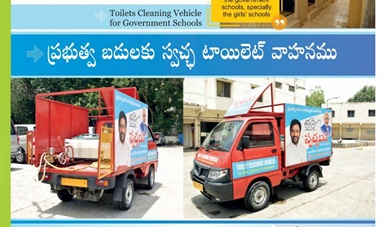 Speaking of government schools, he told us that he constructed 11 new government schools in Amberpet; meets with the headmasters so as to understand the problems (and solutions); provided RO water facilities to the schools and also helped in fixing of drainage issues etc.

One of the biggest successes of the Narendra Modi government is the humongous improvement in electricity situation of the country. When Shri Kishan Reddy told us the details of the various sub-stations he successfully installed in Amberpet (worth ~200 crores) so that uninterrupted power supply is a reality, yet again struck to me as it became only possible because of such dedicated efforts at the ground level, that today as a country, Indians have better access to electricity. 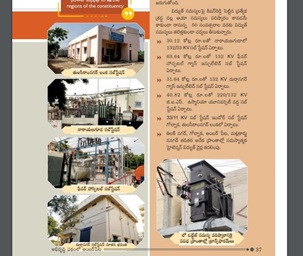 Today, citizens of the country are witness to opposition parties simply going into the well of the house and taking pride in disrupting the house. Shri Kishan Reddy told us that in his entire 14 years as an MLA, he went into the well only once (when an unsavory comment was made on PM Modi), and the first thing he did the next day was to apologize to the Speaker and the House for this! He has moved a record number of adjournment motions and is amongst the top most speakers (time-wise) from the opposition parties (despite the party having small numbers).  I have seen some of his speeches earlier, and they are well researched and are very impressively delivered too (not the first time I am saying this).

The 80-page report is replete with many such success stories – how Kishan Reddy’s fight ensured that Home Guards now earn Rs. 20,000/- as opposed to a mere Rs. 3000/- (And also that Kishan Reddy is the President of Home Guard association); 67 new community halls built for various wards; legal victory to stop the auction of a prominent park + construction/development of new parks, bus shelters, dhobi ghats, crematoriums etc; medical camps and upkeep of various hospitals; laying of new pipelines; skill development camps for the youth; meetings with various sections of the society; and last but not the least, the various agitations he took part in!

Telangana CM KCR conducted a survey (well, all parties conduct multiple surveys, but this one was leaked comprehensively to the press) in the year 2017. In this survey, MLA Kishan Reddy was ranked amongst the top 5 performers out of the entire 119 MLAs of the state. Remember – this survey was commissioned by the ruling TRS whilst BJP was in opposition.

I am well aware that this article might sound one-sided. However, I have no qualms in mentioning that I only wish my MLA to do the exact same thing that Shri Kishan Reddy did – present his report. I have no qualms in mentioning that the citizens have a right to know what their representatives have done and such reports have to be encouraged more, not less. It is important that we know the nitty-gritty of the workings of our representatives, so that we make an informed choice. After all, don’t we want to elect the right log?

S Sudhir Kumar is based out of Hyderabad and an engineer in the telecom industry by profession. His interests outside of work lie in food, current affairs and social service.